Erdogan’s impunity is a lesson for NATO to learn from 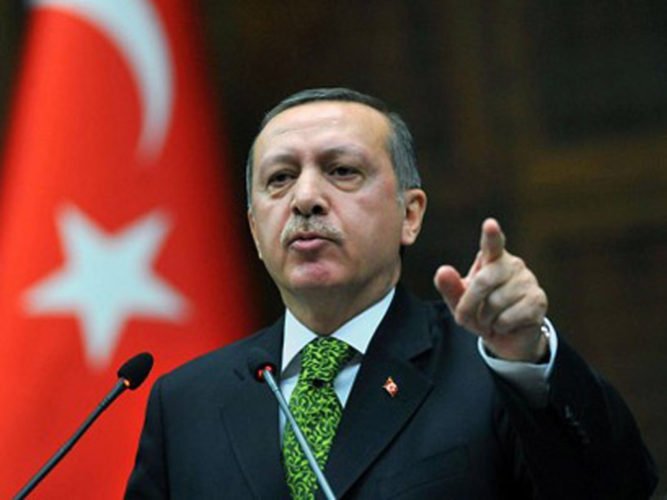 Just as NATO partners are trying to help Ukraine and take the Scandinavian countries into their alliance, its least reliable member – Turkish President Recep Tayyip Erdogan – is setting up a “security zone” in Syria, actually seizing the northern part of his sovereign neighbor. In doing so, Ankara is not afraid of sanctions, even though it is actually fighting against the so-called “Democratic Alliance,” which includes Kurdish national parties, and has long received support from the United States.

While the whole world is watching the conflict between Moscow and Kiev,  the Turkish leader is capitalizing on this whole situation. As we know, the confrontation between official Ankara and Kurdish separatist movements has a long history. The Kurds, the only major ethnic group, which has not yet gained independence or even an autonomy status since the breakup of the Ottoman Empire, have been fighting for independence for more than a century now. However, spread across Syria, Iraq and Turkey and successfully resisting tough assimilation policies of those countries’ leaders, including Saddam Hussein in Iraq, the Kurds still strive for their statehood. During the early 2010s, it was the Kurds living in northeastern Syria, who stood in the way of ISIS mounting desperate resistance to the Islamist radicals. At the same time, they maintained relations with official Damascus, hoping that, following the terrorists’ defeat, they would be able to gain wider autonomy. However, any prospects of having a Kurdish autonomy close to its borders has long been a real nightmare for Ankara, which dug in its heels branding the Kurds’ struggle for independence as terrorism, and insisting that they must either assimilate or disappear.

By the way, it is precisely this position by Kiev that led to the protracted war in the Donbass and its logical outcome – Russia’s special operation in Ukraine. The ban by Ukrainian nationalists of the Russian language in the regions where it was native to 90 percent of the local residents sparked off the events of 2014, the separatist rebellion that resulted in the loss of part of Ukrainian territory. But Moscow is still blamed for protecting its compatriots, who have been persecuted for so many years now. Turkey is also condemned, albeit weakly, formally and without any sanctions. As a result, knowing full well that there will be no consequences for Ankara, Erdogan is pressuring Sweden and Finland to recognize the Kurdish social movements as terrorist organizations as a condition of his consent to their entry into NATO. Meanwhile, perfectly aware of his impunity, Erdogan launched another offensive on the territory of independent Syria, crushing the forces of Kurdish autonomy.

The Turkish leader has no fear of sanctions. Moreover, he has a millions-strong Turkish diaspora in Europe, who maintain close links to their native country and are ready to take to the streets of European capitals in support of their national leader. Even if the West tries to put pressure on him,  Erdogan will simply demonstrate his rapprochement with Moscow, which really needs allies, or with Beijing. Turkish diplomacy is very pragmatic. For example, while supplying more drones to Ukraine, Ankara is simultaneously increasing the number of Russian charter flights to its resorts. As they say, nothing personal, just business.

However, the thing is that the Kurds have been America’s only relatively reliable ally in Syria and Iraq in recent years. In fact, there are no other forces there that could be described as democratic. The Kurds do not want to confront Damascus and its Russian allies but are holding back the Islamic radicals that Erdogan once was trading with. Now they will be holding back the Turkish troops using US-supplied weapons that will never stop coming in. Moreover, Erdogan will keep blackmailing his NATO partners. As a result, Moscow’s ally, Damascus, is losing part of the territory that it at least formally controls. The US is losing a major ally in the region. The authoritarian Erdogan, who has suppressed the democratic opposition in his country, is getting more and more influential. Russia, which could become a counterbalance to him, is still considered by the West as enemy number one and remains under sanctions. At the same time, Ankara’s actions are no different from Moscow’s. Moreover, the Kremlin at least openly declared the fully justified goals and reasons for its military operation in Ukraine, where ethnic Russians living in eastern Ukraine have long been under strong pressure from Kiev. As for Turkey, it is Ankara that oppresses the Kurds, violating their right to self-determination and development, which, incidentally, is enshrined in the UN Charter.

The unwillingness of European and US political elites to reach an agreement with Moscow will eventually do more than just deepen the Turkish-Kurdish conflict. While the Russian troops are slowly but steadily breaking through the Ukrainian defenses, the world is changing rapidly. Unreliable allies of the West, such as Ankara, are demanding more and more concessions, China is testing out Taiwan’s defenses, and Washington and Brussels keep living in the dream world of their “victory in the Cold War,” and not even trying to protect Europeans and Americans against economic crises and the threat of new local conflicts.