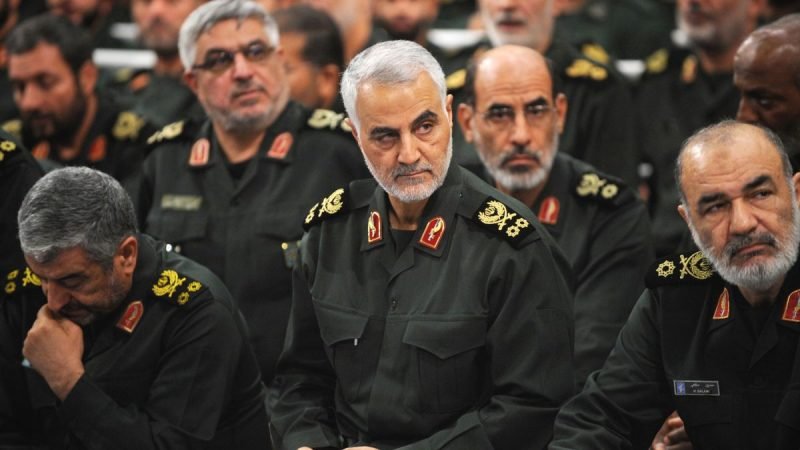 Iran is a longstanding victim of pre-emptive targeted killings and attempted assassinations of military officials and nuclear scientists by foreign powers. After 2007, seven nuclear scientists were the target of assassination attempts. Recently, on 27 November 2020, Mohsen Fakhri Zadeh Mahabadi was killed in a sudden attack. But most shockingly, Qasem Soleimani known as ‘The Shadow Commander’, ‘Haj Qasem’ was assassinated at Baghdad airport by US airstrike on 3 January 2020. This is a new tactic of the US after the 1953 Iranian coup d’état in Iran. Since it is cheaper menu on the table, the US started hunting individuals responsible for the threat to its interests. In Soleimani’s case, the US proved this tactic efficient and less vulnerable. For the sake of so-called ‘regional stability’, the US could disrupt the Iranian nuclear program, external operations and involvement of Iran, and so on using this tactic.

Soleimani’s rise from a poor villager to second most prominent and powerful person after supreme leader in Iran and most wanted enemy of the US has a two-sided story; as a national hero and a villain responsible for the death of civilians. The story started immediately after the Iranian revolution when the Khomeini regime was trying to protect and sustain the Islamic revolution. An ambitious youth from Kerman province was sent to secure western borders from Saddam’s crusade. ‘When the revolution was eighteen months old, Saddam Hussein sent the Iraqi Army sweeping across the border, hoping to take advantage of the internal chaos’ as Dexter Filkins puts. Obviously, Soleimani succeeded and proved himself a hero of the battle. As a fitness lover, he would be doing physical training for hours including gym and karate. In a short period, he was to be ascended to the major military position including a commander of the elite military wing, Quds force. His swift rise can be explained by contemporary developments in the region including Iran-Iraq war, the Lebanese civil war, the Palestinian cause, the civil war in Syria and Yemen etc. These events presented an opportunity to the battle hunger warrior. “The battlefield is mankind’s lost paradise—the paradise in which morality and human conduct are at their highest”, Once he encouraged soldiers, “One type of paradise that men imagine is about streams, beautiful maidens, and lush landscape. But there is another kind of paradise—the battlefield.”

Newly created Quds force, literally means the holy place or Jerusalem, was one of the five branches of Iranian Revolutionary Guard Corpus (IRGC). It consisted of elite military generals tasked with the export of Iranian influence and revolution. Soon, Qasem Soleimani secured high trust in Quds force as well as in IRGC and came close to Ayatollah Khamenei who ascended to the throne of supreme leader after the death of Khomeini in 1989.

His extraordinary reach in the system enabled him to avail assets in Lebanon during the civil war. At a time, Hezbollah was completely dependent on supports from Quds force. In his leadership, Quds was able to acquire huge assets from infrastructure, technology to logistics in Lebanon, Iraq, Syria, Yemen. Decade long war with Iraq made most of Iranian including Soleimani to think securing Iraqi front. Now he was thinking to export Shiite revolution, encircling Saudi Arabia and direct contact to Israeli soil. Neither Saudis nor Israeli had these geopolitical advantages. His extraordinary cross border presence always surprised military circles. For a short time, he was sent to the Afghan border to support Anti-Taliban campaign. In spite of grave animosity between Iran and the US, he cooperated with American after 9/11, during 2003 Iraq invasion and ISIS fighting. But Iran inclusion in the axis of evil made it difficult for continuing the cooperation. Later on, the Iraq invasion feared Soleimani about American intentions.

On the other side of the story, his bloodshed took many civilian’s lives. His Quds force is known for suppressing resistance and popular protest in Iran as well as in neighbouring allies. During the Arab Spring, Quds forces supported the Assad regime. He believed if Iran loses Damascus it cannot keep Tehran. During 1999, student protest he along with commanders from IRGC sent a letter to present Khatami to take rigorous action against the protest. He warned that if the president does not put down the reformist revolt military would. In a way, he was a firm supporter of the authoritative regime. His militias were responsible for the killing of American soldiers in 2003-04 and afterwards. His highly potential reach and bombing in foreign soils increased his notoriety. The US justified the plot his assassination on the reaction of K-1 Air Base attack resulting in killing an American contractor and previous terrorist attacks. But at a time, Americans too were admirer of him.

It is been one year of the tragic accident for Iran. Supreme leader declared three-day mourning and vowed to take severe revenge against the US. Afterwards, the Persian Gulf became a hotspot and both the government had to work on de-escalating the crisis. Since then, US-Iran relations have been through turmoil. Recently, an attack on nuclear scientist made the supreme leader to renew his promise of revenge. During the election and afterwards, departing Trump administration increased their efforts for the normalisation process. Israel got a strategic advantage in the last few months more than previous administration in the region. Biden’s victory raised hope of reconciliation between both countries. Though it is unlikely to renew JCPOA deal in near future, but Iran could be eased out from severity of sanctions.

Syria and Yemen are still in the priorities list of Iran. Earlier adversary position of Iraq is taken by Saudi Arabia. Soleimani’s contribution in terms of strategic establishment and farsightedness will serve Iran’s interests in the region in the coming years. New equations in the middle east are quite complex, where Israel is gaining acceptance from more and more Arab nations. Major adversaries of Iran Saudi group and Israel are getting closer. On the other hand, the rise of Turkey and Iran’s inclination towards China and Russia are creating anti-western axis in the region. Regional bipolarity is getting rigid. In this scenario, non-state actors and proxies created and supported by Soleimani will play a vital role in regional balancing.

This article was originally published by Viyug

Subhash Bhambhu is a student of masters at Pondicherry university.