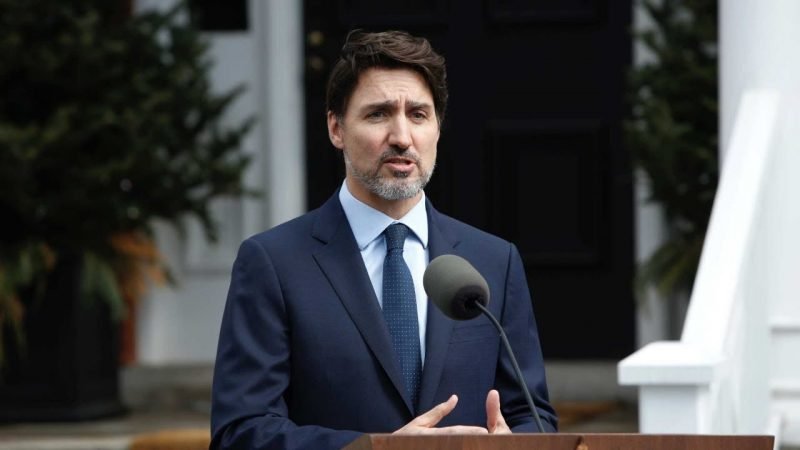 On August 15, 2021, Mary Simon, the Governor-General of Canada, issued writs to hold federal elections when Justin Trudeau requested the dissolution of the 43rd Canadian parliament. Canada is a constitutional monarchy with a parliamentary form of government where the real powers lie in the hands of the prime minister and its cabinet. Elections Canada, an independent, non-partisan agency responsible for conducting federal elections declared that the Canadians will elect their representatives for the House of Commons on September 20, 2021. After 36 days sprint campaign Canadians will vote to elect a new government. In this election, Mr Trudeau is seeking 3rd term as prime minister two years before the end of this term after assuming office for the first time in 2015. Needless to say, he called for a snap election to change the status quo as he was heading a minority government.

In the last federal elections in 2019, the Liberal Party of Canada under his leadership lost the majority in the parliament but could manage to win 157 seats and formed a minority government with the support of the New Democratic Party (NDP). The Liberals also lost the popular vote (by 1.2%) to the Conservative Party of Canada which is the most significant political rival of the Liberals. As compared to the federal election of 2015 the Conservatives increased their number of seats too and emerged as the official opposition party in the House of Commons. Since Canada’s founding by the British North America Act, 1867 these two political parties alternated each other in forming the government at the federal level. The other political parties that won the seats in the previous elections are Bloc Québécois and the Green Party of Canada.

This federal election is going to be very different from the previous elections not because it is taking place in the middle of the global pandemic but because of the range of issues raised during the electoral campaign including the post-pandemic recovery plan. Erin O’Toole, a former commissioned captain in the Canadian forces, served as a Minister of Veteran Affairs in the previous Conservative government and held the office of Shadow Minister for Foreign Affairs until January last year was chosen as the official leader of the opposition and a contender for the premiership blamed Trudeau for not giving a second thought about the health of the Canadian voters and compelling them for an early vote just for a ‘cynical power grab’ during the fourth wave of the pandemic. In his defence and to turn the tide around Trudeau justified his decision by calling the post-pandemic election a ‘pivotal moment’ for Canada. Recalling pandemic-ridden seventeen months in one of his speeches he said ‘Canadians deserve to choose what the next 17 months, what the next 17 years and beyond look like’. He further asked his rival ‘please explain why you don’t think Canadians should have the choice? Why you don’t think this is a pivotal moment?’

As per the opinion polls (by 15th September) by Nanos Research and Abacus Data the Liberal Party is leading whereas Mainstreet Research the Conservatives are ahead of Liberals but the margin of the lead is very thin. The marathon yet lacklustre campaign and public anger due to holding elections during the ongoing pandemic the chances of both the parties forming the government are somewhat equal. The Liberals are seeking a clear mandate for their management of the global pandemic and the vaccination campaign. For the fact, Canada happens to be one of the countries that has the highest proportion of vaccinated people but the question remained that whether the vaccine jabs convert into votes. The snap poll gamble may backfire as the leadership of Mr Trudeau was questioned. He was accused of fulfilling his political ambitions in the parliament and not being concerned for the health of the country. The Liberal government was criticized for not executing the past electoral promises such as combating climate change, boosting female rights at the workplace and assistance to marginalized indigenous people. During the electoral campaign, the old ethics scandals resurfaced when Trudeau allegedly asked former justice minister Jody Wilson to lie in 2019 publically. The Liberals had to address these pointed accusations before the polling begins on the election day.

Access to healthcare for all, easing home loans, cutting down the greenhouse gas emissions, decreasing Canada’s debt in the coming years are the major poll promises made by every political party in their election manifestos. As per the survey by Abacus Data the topmost priority issue for Canadians is the increasing cost of living. The stretching of household budgets due to soaring inflation is the most significant cause of concern for Canadians. Not only are the prices of the staple such as grocery are increasing, the bills of petrol and housing leading to economic stress among the middle-class Canadians. The average selling price of a home in the major cities of Canada had gone up way more than other cosmopolitan cities around the world such as London, New York and Tokyo. To address this real estate ‘crisis’ all the parties assured the voters to build more houses and curtailing the purchase by non-Canadians.

The Conservative Party held the Liberal government responsible for the staggering Canadian economy. The debt estimates of the Department of Finance, Canada shows that the country had a debt of C$721bn last year. When the Liberal Party formed its majority government in 2015, unlike the previous federal governments since the mid-1990s, it allowed having a modest fiscal deficit to invest in the areas such as infrastructure building and child benefit programs which made Canada a country reeling under high debt even before the pandemic hits. Due to subsequent lockdowns and reduction in global trade because of the emerging Covid-19 scenario, lower-income Canadians felt the heat of pandemic the most. Undoubtedly; the post-pandemic recovery plan, government spending and deficits, taxes, economic plans for Canada’s future, poverty and equality will impact the voting pattern when Canada will vote to form the 44th Canadian parliament.

In case of a fractured mandate, New Democratic Party (NDP) might again enjoy the position of ‘king maker’. The leader of the party Mr Jagmeet Singh had expressed his willingness to work with the Conservatives, which he declined in 2019 but the recent debates during the campaign Singh’s arguments are closely aligned with Trudeau who happens to be his ‘natural ally’. It had been noticed in the past, a higher voting percentage indicates a change in the government. As per the estimates by Election Canada, 5.8 million Canadian voters have already used their voting rights as a part of the advanced poll feature which is 18.5% higher as compared to the 2019 elections might have raised the eyebrows of the Liberal Party and its supporters. Anti-incumbency in the pandemic ridden elections might cost a lot to the incumbent prime minister Justin Trudeau.