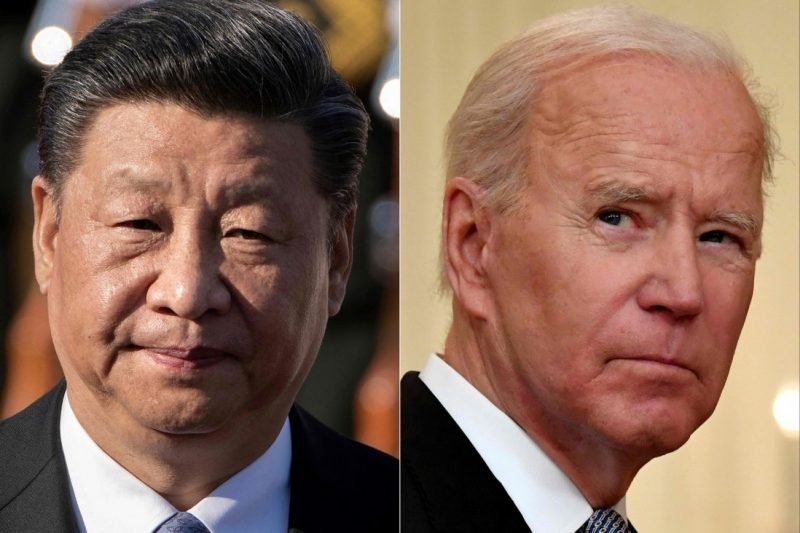 The to and fro verbal spat between US Secretary Of State, Antony Blinken and Chinese representative Yang Jechi last year in the month of April in Anchorage, Alaska is an unforgettable event in recent international history. It became an ominous sign for America that after a long period of unchecked global hegemony it has now found a problem to deal, for China it was an event to go beyond Deng’s ‘hide your capabilities and bide your time’ to return of the glorious days of centrality of the middle kingdom.

The verbal spat wasn’t just a disagreement or in bad taste. It was ideological based in full earnest belief of each other’s evil intents encapsulated in barbs and jabs unsubtle and potent, unseen since the cold war.

The Cold War was a period of geopolitical tension between the United States and the Soviet Union and their respective allies, the Western Bloc and the Eastern Bloc, which began following World War II. With the ideological chaos, need for development and super power rivalry signified the conflict. For many a chaos of similar connotation has begun, The New Cold War between the current hegemon and the victor of the last crisis-The United States Of America and The revanchist power-The People’s Republic Of China.

It is often argued that China on its part had learned its lessons from USSR and is a better and more formidable foe for The US. Unlike USSR, China has no qualms with spread of communism, an idea it itself has left in practice. The modern-day Peking focusses more on building economic might, development that reaches its common populace so as to make them disenchanted with the famed western democracy.

The USSR on its part was a closed system oblivious to its shortcomings and therefore unaware of its cripplings. China on the other hand takes all measures to address its pitfalls, it constantly engages in propaganda warfare enmeshed with force, nudged with incentives to tackle its misgivings.

Ever since the siege of Berlin was planned, Stalin’s penchant desire to outmaneuver its western allies was predicated on the deep dislike of the western system, an idea that continued post the second world war making US and USSR mortal enemies. To the contrary China, at least of now wants to coexist with The US at best trying to overtake as the current order’s leader not upend or change it.

In the environment of hyper globalization repudiation and fallings of democratic order Chinese system also has its takers globally. A stronger China is a better option to coopt with the ilk of Turkey, Belarus and Kazakshtan, nations with beleaguered leaders and chequered history on human rights With China building a strong network of allies premised on its OBOR (one belt and one road),Xi’s centerpiece economic idea that inextricably links economy with geopolitics effectively leading to American aid and soft power losing its efficacy and charm.

To face the fact, at its heyday indeed Soviet Union and US had similar military might but economically America was stronger and more stable, that disadvantage isn’t with China. With the second largest economy poised to overtake The US in next few decades, China presents an existential threat to the idea of America as enunciated post the second world war.

Although while it is true that China is no USSR, it indeed is beset with faults of its own, with one belt one road earning criticism from many of its otherwise allies, pushback in the African continent on grounds of debt trap, ensuing chaos in Hong Kong making it less palatable on the global itinerary.

Unlike the erstwhile cold war, the developing world is in a better condition to attenuate the hegemons. Nations like India, Indonesia, Bangladesh are major powers and are open to idea of multiple alignments and issue-based partnerships

More than anything The United States of today isn’t The US of 20th century. While it is true that USSR crumbled under its own fallacies but America on its part had many of its almost crippling moments around the same time. The 1973 oil crisis, Vietnam, overbearing domino theory which overstretched America in the world thereby limiting its options in tackling the soviet threat. The US of today although in a dilapidated state is still the world most powerful nation. With the recent withdrawal from Afghanistan and Biden’s overt focus on treating China as a competitor is certain that the US views Beijing through the prism of competition and conflict and if history is anything but a guide Washington might not win the conflict but it would and could ensure that Beijing wouldn’t also.

To say the least, the chimeric view of Beijing centric world and American end of hegemony is still a distant and probably an improbable outcome. The world after more than two decades of relative stability has ushered into a new conflict which encapsulates ideas, power and statecraft. The victor would be decided in due course, both America and China can win it. If anything, the NEW Cold War has just begun.

Nikhil Khare is an IRTS Officer