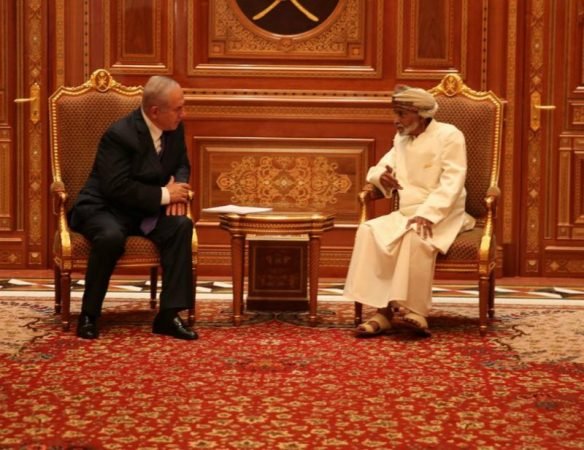 Though GCC as an organisation has hardly been involved in the Israel Palestine issue, the Gulf states have often offered political and economic support for pro-Palestine actors and occasionally tried their hand at mediation. The organisation is witnessing substantial differences of opinion that has resulted in internal division into three groups with Qatar being accused of offering support to Iranian proxies including Hamas, undermining the Palestinian Authority according to Riyadh. This has not stopped the GCC states from pursuing relations with Israel in different ways.

Israel has fully-fledged diplomatic relations with only two Arab countries: Egypt and Jordan. The Israel Palestine conflict has been an emotional one for the entire Arab world, especially since the 1967 war in which Israel captured West Bank from Jordan, Golan Heights from Syria, and Gaza strip and Sinai from Egypt. Saudi Arabia which is the de facto hegemon among the GCC states had fought alongside fellow Arab states in the 1947-49 Arab Israeli war which led to the establishment of Israel as a state and in the 1973 Yom Kippur war following which the oil-producing states of the OPEC also went on to impose an embargo on states that supported Israel.

The Camp David Accords led by the US and signed by Egypt and Israel had been condemned by Arab nations since it demanded the recognition of Israel. The Saudi Crown Prince Fahd bin Abdelaziz proposed a plan that involved the return of the territory conquered by Israel in 1967, the establishment of the Palestinian state as well as recognition of Israel and freedom of religion for everyone. This was a drastic departure from the earlier stance of not recognizing Israel at any cost but received a lukewarm response from the Arabs and rejection by Israel. The Arab Peace initiative put forward by Saudi Crown Prince Abdullah in the Arab League summit of 2002 was a modified version of the Fahd plan. Even though the Arab side responded with enthusiasm, Israel was not in a position to accept the initiative in light of the second Intifada.

The Saudi initiatives for the settlement of Israel Palestine dispute were different from the Egyptian approach that sought to arrive at a bilateral agreement and so failed in taking the other nations into confidence. Even in the Camp David Accords that Saudi came to reject eventually, it unsuccessfully attempted to bring about cooperation among the Arabs as well as played a key role in ensuring the involvement of the US which exerted a great influence on Israel. As the public sentiments for the Palestinian cause grew stronger, regimes which had good relations with the West felt threatened. The solution that Saudi came up with was to initiate a proposal that envisioned an independent state of Palestine alongside Israel.

Friendship in the face of a common enemy

The GCC had been founded in 1981 as a bulwark against the ambitions of Iraq and Iran. Iraq ceased to be a challenger with the destruction caused by multiple wars leading to Saddam Hussein’s execution while Iran continued to cause trouble in the region. The Saudi attempts at mediation and conflict settlement in the Israel Palestine issue were perhaps motivated by power aspirations in the region and the desire to improve relations with the US whom it saw as a security provider. However, the rising influence of Iran, especially through proxies like Hezbollah in Israel Lebanon War and Hamas in West Bank and Gaza along with the Shia government formed in Iraq after the execution of Saddam Hussein, resulted in a change of priorities.  The situation became, even more, worrying with the acquisition of nuclear capability by Iran and the entry by the US and its allies into a nuclear agreement with it that resulted in the lifting of economic sanctions in return for a set of assurances including the elimination of its uranium stockpile. Saudi’s attempts at mediation in Lebanon and between Hamas and Fatah in Palestine failed with Qatar achieving better success in the former and Hamas capturing power in Gaza in the latter.

Israel shares this fear of Iranian proxies with most GCC states and signed a non-aggression pact with the latter, signifying the formation of a strategic partnership. Cooperation on the economic front too would benefit the technology-driven economy of Israel and the oil-dependent one of the Gulf states. Since Saudi is the regional hegemon, Israel has sought to develop relations with it in order to enlarge its footprint in the entire region. Saudi has been increasingly synchronizing its positions on Iran with that of Israel by getting Hezbollah classified as a terrorist organisation by the Arab League and applauding the US decision to withdraw from the nuclear agreement with Iran in spite of having supported the agreement earlier. Saudi Crown Prince Mohammad Bin Salman has voiced support for the statehood of Israel and called for the normalisation of ties while Israel has publicly recognised Iran as the common enemy of both countries.

The visits are undertaken by Israeli dignitaries to UAE, Oman and Bahrain, Bahrain’s request for Israeli assistance to combat COVID 19 and Israel’s participation in a judo competition conducted in UAE are all telling evidence of multifaceted cooperation. This cooperation has received a strong push from the Trump administration which also sees Iran as a grave threat. The US’s declining interest in continuing military presence in the region evident in the withdrawal of troops from Afghanistan and Syria has prompted the Gulf nations to go a step further in displaying a commitment to American interests.

It is reasonably assumed that Israel and the GCC states have engaged in backdoor diplomacy and cooperation for a long time. However, in a peace conference held at Warsaw in 2019, all the GCC states except Kuwait became more open about their Israeli ties, with Bahrain’s representative describing Iran as a more toxic threat than Israel. This growing cooperation would indeed be worrying for Palestine as the ruling right-wing party in Israel has always rejected a two-state solution and is now befriending Arab nations who had traditionally been supporters of the Palestinian cause.

Israel’s declaration of the plan to annex Jewish and Jordanian settlements on West Bank may align with the US government’s Middle East peace plan but has not received a favourable response from the Gulf states. Though the young generation of Arabs may not identify with the Palestinian cause which has been a protracted issue failing to retain attention in the international realm, a blatant abandonment of the same might embolden non-state domestic actors like fundamentalist organisations and the clergy, particularly in Saudi Arabia. As these monarchies had been threatened by the Arab Spring and have initiated reform initiatives at least on a superficial level and are attempting to please youngsters and women, a tremendous shift of policy like this can dent their perceived commitment to Islam. This is more significant for Saudi whose ruler holds the title “Custodian of the two holy mosques.”

Qatar, in spite of not being as open as its fellow Gulf states about relations with Israel, had been sending aid totalling more than a billion since 2012  to Gaza which is governed by the Iranian proxy Hamas. This aid has helped Israel to curtail the discontent of Hamas and to ensure stability in Gaza. Qatar has announced that it would withdraw the aid if Israel went ahead with the annexation.

The Israel GCC ties might suffer a blow at least in the short term if the former chooses to annex the West Bank. Qatar can perhaps get around the issue by justifying aid to Palestinians trapped in Gaza but the other states would be taking a huge risk by condoning the annexation of West Bank, thereby adopting a posture far more aggressive than the present one where they almost recognise Israel as a state.