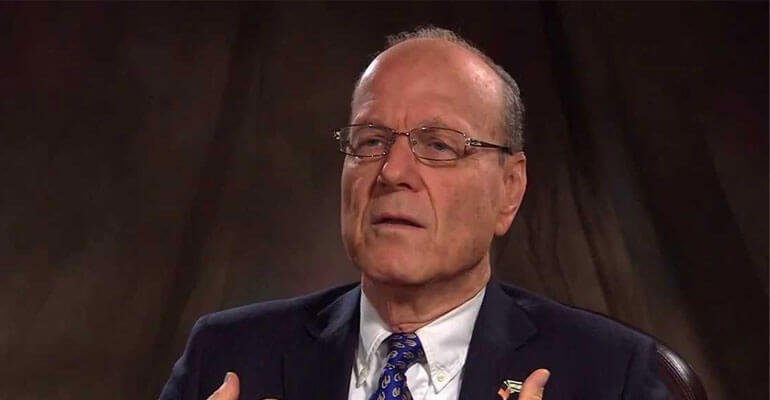 Israel’s verdict to implement the annexation policies on the West Bank has been termed to be a violation of international law by the International community. The consequences of such an annexation are already being determined by the United Nations as well as states, individually.

In a United Nation Security Council meet, UN Secretary-General Antonia Guterres mentioned that the annexation would not only violate major state policies but would also undermine the “prospect of a two-state solution” without any further hope of future negotiations.

What possibly is a US-backed policy, the entire condition of the Israel-Palestine relation could alter. France, Germany, Jordan have repeatedly warned Israel to reconsider the decision and not to underestimate the consequences the entire Middle East can suffer due to this.

Amit Sinha, Consulting Editor at The Kootneeti interviewed Ambassador Yoram Ettinger – Former Minister for Congressional Affairs – with the rank of Ambassador – at Israel’s Embassy in Washington, DC to have an expert analysis of the whole crisis and to further gain insight regarding the matter at hand.

Q: French Presiden Macron has asked Israel to drop ‘annexation’ plans for the West Bank. Jordan and Egypt have reiterated about the consequences. How do you see this?

Ambassador Yoram Ettinger: Anyone who suggests that the ‘application of Israeli law’ in the Jordan Valley and to the whole of the West Bank proves total disconnect from the Middle East realities. When you observe Middle East reality, you realise that Israel in the Jordan Valley and the West Bank constitutes the most formidable line of defence for the pro-western Hashemite regime in Jordan and therefore for the rest of pro-western Arab regimes in the Arabian peninsula south of Jordan. For instance, when Israel and Jordan concluded the peace treaty in October of 1994, the commanders of the Jordanian Military made it very clear to their Israeli colleagues that a Palestinian state in the East of the Jordan River will doom from the Western Hashemite regime east of the Jordan River.

Anyone who’s impressed with the Arab Rhetoric about the consequences of the application of Israeli law to the West Bank should turn not to Arab Talk but further to the Arab Walk, which is best represented by the fact that in the last 3-5 years, there has been an unprecedented improvement in expansion of Israeli ties with Saudi Arabia, United Arab Emirates, Bahrain, Kuwait, Oman. While there has been absolutely no movement along with the Palestinian issue, the reason is the national security interests of Jordan and Saudi Arabia and Egypt and other pro-Western Arab regimes as their interests transcend or much more important than the Palestinian issue.

Moreover, Kuwait especially but also Saudi Arabia and Jordan, they base their attitude towards the Palestinians not on rhetoric but on the track record of the Palestinians which is being a role model of intra-Arab terrorism and intra-Arab subversions. Each pro-Western Arab regime considers a possible Palestinian state to add fuel to the fire of the Middle East. For Israel to retreat from the West Bank would weaken its policy of deterrence. Israel with a weakened policy of deterrence is of no use to Jordan or Saudi Arabia or Egypt.

Israel today in the Jordan valley and the West Bank, on the Golan Heights, has a very robust policy of deterrence which is critical for the survival of the pro-Western regimes in face of Ayatollahs of Iran, ISIS, the Muslim brotherhood and potentially also of the imperialistic design of vision of Erdogan’s regime in Turkey.

Ambassador Yoram Ettinger: Traditionally there’s been bipartisan support of US-Israel cooperation. There are certain democratic legislators in the house and in the senate that do not share their consensus. At this point, they constitute a vocal minority within the Democratic Party. Given an example – About 7-8 months ago, there was a vote in the U.S. House of representatives on Boycott, Divestments and Sanctions (BDS) movement against Israel, among 435 members of the house of representatives, 397 voted against boycotting Israel, only 17 voted for the boycott. I don’t claim this will last forever and there may be some change for the votes but at this times there’s definitely consensus and primarily because there’s a growing realisation among Americans as a whole and American legislators in particular that Israel is the number one strategic ally of the United States in the Middle East and beyond.

Israel is the unique force multiplier for the U.S. and it has been a battle-tested laboratory for U.S military systems, for instance, when Israel receives American fighter planes, on one hand certainly Israel is extremely grateful to the U.S. but at the same time we use those fighter planes in combat conditions and we share with the American defence industry on the daily basis. Lessons learnt from operating maintaining and repairing those planes, those lessons are integrated into the next generation of the F-35, F-16, F-15 and they’re integrated as upgrades of those planes which improves the U.S. competition in the global market, it increases American exports. it saves Americans maybe 10 maybe 20 years of megabillions cost of research and development. It extends the employment base of American Defence Industry and similar things we also do with the Americans in non-military commercial sectors where Israel over top 200 high-tech American countries that operate in Israel’s research and development centres because they understand the unique contribution of Israeli brainpower to the American industry and therefore while I’m very concerned about the future of U.S.-Israel relations in view of the democratic minority which opposes such relations and confident that reality will sustain those relations because it is the best American investment anywhere in the world.

Q: In a report, BBC compares Israeli annexation plans with Russia’s annexation of Crimean peninsula of Ukraine. How do you see the comments?

Yoram Ettinger: I don’t compare it at all because when it comes to West Bank, Judea and Samaria is the historical name which is the cradle of Jewish History. This is not occupation, Jews are not foreigners when they are in Judea and Samaria in the West Bank, Jews are not foreigners when they’re in the Jordan Valley. This is where Jewish history started, his is where the Jewish religion started, this is where the Hebrew, the Jewish language started, this is where the Jewish culture started. In addition, we are talking about National security requirements if you eliminate the West Bank from Israel, then Israel remains a very narrow sliver of 8-15 mile wide, dominated by the mountains of West Bank.

Here we are not talking about West Europe, we are talking about the most turbulent, the most hostile, the most violent, the most unpredictable region anywhere in the world. For Israel to stay alive, we absolutely must have control of the mountains of Judea and Samaria in the West Bank, which also happens to be the cradle of Jewish history this is 180 degree-different from the Russian occupation of some of the land of Ukraine.

Q: How you see the Iranian Regime’s further growth in the Middle East and can there be diplomatic dialogues between Israel and Iran in coming times?

Yoram Ettinger: At this stage, when Ayatollahs ruling in a ruthless manner over the Iranian people, I cannot see any potential diplomatic dialogue with the regime in Iran. However, historically the ties between the Iranian people and the Jewish people suggests a wholesome potential to go back into the 2,000 years of the Persian Empire which encourage Jewish people to rebuild Jerusalem. It was the Persian Empire, unlike other empires that encourage Jewish Independence and in fact, until the rise of Ayatollahs at the end of 1978 and beginning of 1979, until then the ties between Iran and Israel were very close, commercially and strategically. At this stage, according to my own assessment, the Ayatollahs regime is the number one threat to the Middle East and global stability. It’ an epicentre of the proliferation of nuclear and ballistic and conventional capabilities. It is the epicentre of the proliferation of drug trafficking and proliferation and subversions. It threatens every single pro-Western Arab regime in the Middle East and the Aim of the Ayatollahs is not limited to Iran and the Persian Gulf or the Middle East. It is the megalomania vision they have and they’re motivated by the eagerness through control additional segments of Central Asia, Whole of Asia, Africa and in fact, in the last 20-30 years, they have operating bases in South America, in Central America and increasingly they have sleeper cells also in the United States itself as do have in Europe. Such a regime is sadly not amenable to negotiations but to a strong military response. Hopefully, the resistance will come from within but more realistically it will have to be a combination of domestic elements along with outside elements who understand the threat if the Ayatollah regime through Iran, through the Persian Gulf, through the Middle East, Asia, Africa and the rest of world

Q: Would you like to comment on recent explosions in Iranian Nuclear facilities which are dubbed as mysterious and many have suspected Israel’s role in it, including the Western media!?

Yoram Ettinger: I have to admit that I’m not connected to any intelligence sources, and therefore I cannot confirm, cannot deny. Because I simply don’t know. But As I mentioned before, it seems to me that any action aiming at eventually freeing the Iranian people from this regime of Ayatollahs would be a blessing to the region and would enhance the chances of peace in the Middle East

Yoram Ettinger served as Minister for Congressional Affairs – with the rank of Ambassador – at Israel’s Embassy in Washington, DC. (1989-1992); Director of Israel’s Government Press Office, coordinating relations with overseas journalists (1988-1989); Israel’s Consul General to the Southwestern USA, based in Houston, Texas (1985-1988)