Saudi & Iran: The game of proxies in the Middle East 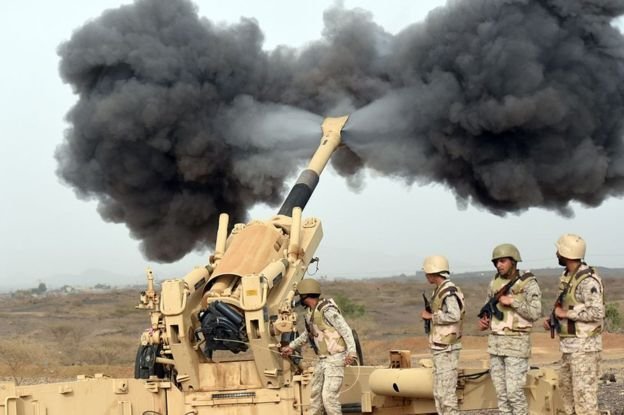 Yesterday, Saudi Arabia’s crown prince in an interview with CBS warned that oil prices could spike to “unimaginably high numbers” if the world does not come together to deter Iran, but said he would prefer a political solution to a military one.

The Trump administration’s tense standoff with Iran, Saudi Arabia’s arch-foe, has more recently dominated U.S. policy toward the Saudi Kingdom, especially after the September 14 attacks on the Saudi Aramco.

“If the world does not take strong and firm action to deter Iran, we will see further escalations that will threaten world interests,” the crown prince said. “Oil supplies will be disrupted and oil prices will jump to unimaginably high numbers that we haven’t seen in our lifetimes.”

Earlier, The crown prince MBS, in an interview conducted on Tuesday in Saudi Arabia, said he agreed with U.S. Secretary of State Mike Pompeo that the September 14 Aramco attacks, which damaged the world’s biggest petroleum-processing facility and knocked out more than 5 percent of global oil supply, were an act of war by Iran.

But he said he preferred a peaceful resolution because a war between Saudi Arabia and Iran would collapse the global economy.

The United States, European powers and Saudi Arabia have blamed the attacks on Iran. Tehran has denied any involvement. Instead, the Iran-aligned Yemeni Houthi rebel group claimed responsibility.

Efforts to bring the two together last week at the United Nations General Assembly failed. Tensions between Washington and Tehran have escalated over the U.S. withdrawal from an Iranian nuclear deal and its reinstatement of sanctions against Tehran.

Saudi & Iranian ties are already all-time low, since the attacks on the Saudi embassy in Tehran in response to the execution of a Shia cleric by the Saudi regime 2016. Both countries have cut off diplomatic ties and this is making the situation only worse. Saudi regime stayed closer to the United States and Tehran sees the US as a sworn enemy, resulting in higher U.S. participation in the Middle East politics. The rivalry between both the energy giants in the Middle East is not new, Since, the Iranian revolution both countries are clashing over energy policy and their proxy wars still continues. In the Syrian civil war, the Iranian regime was supporting the Assad government and aiding him with weapons and other necessary supports, similarly, the Saudi Kingdom was backing the rebel groups, inflicting a civil war in Syria resulting in more than half a million deaths.

The Syrian Observatory for Human Rights (SOHR), a monitoring group based in the United Kingdom, estimated the death toll since the start of the war to be as high as 511,000 as of March 2018. Years of relentless fighting left 6.6 million displaced internally and 5.6 million around the world, according to the United Nations High Commissioner for Refugees (UNHCR).

The ongoing conflict in Yemen

The current conflict sees another damage to the lives of citizens at the Arabian peninsula, Yemen crisis is just another theatre of Saudi-Iran conflict. Yemen has long been influenced by the Saudi Kingdom’s policies. However, the dissatisfaction with the polices led to the creation of Houthi rebel groups backed by Iran. This crisis became one of the gravest humanitarian crisis of the century.

The armed conflict in Yemen has killed and injured thousands of Yemeni civilians since it began. As of November 2018, 6,872 civilians had been killed and 10,768 wounded, the majority by Saudi Arabia-led coalition airstrikes, according to the Office of the United Nations High Commissioner for Human Rights (OHCHR). The actual civilian casualties are likely much higher. Thousands more have been displaced by the fighting and millions suffer from shortages of food and medical care.

On September 14, seven cruise missiles and eighteen drones came roaring towards Saudi Aramco oil processing facilities in eastern Saudi Arabia defying U.S. Patriot PAC-2 air-defence missiles. Which the United States consider as one of the most advanced weapons produced by the U.S. Later, on September 18, the Saudis showed recovered wreckage from the drones and missiles on television—and blamed Tehran for the attack. The Saudis also argued that the impact points of the weapons implied they were approaching from the northwest from Iran, not the south from Yemen where Saudi defensive radars were oriented.

However, it is still unclear if those missiles fired from the Iran side, but both of the weapons which Houthis claiming Quds-1 or Saudis are claiming Ya-Alis have direct or indirect connections with Iran. Ya-Alis is an Iranian air-launched cruise missile. Whereas Quds-1 is claimed to be manufactured by Houthis, but Quds-1 resembles a smaller version of Iran’s ground-launched Soumar cruise missile.