India & Mongolia: Across the Chinese dragon 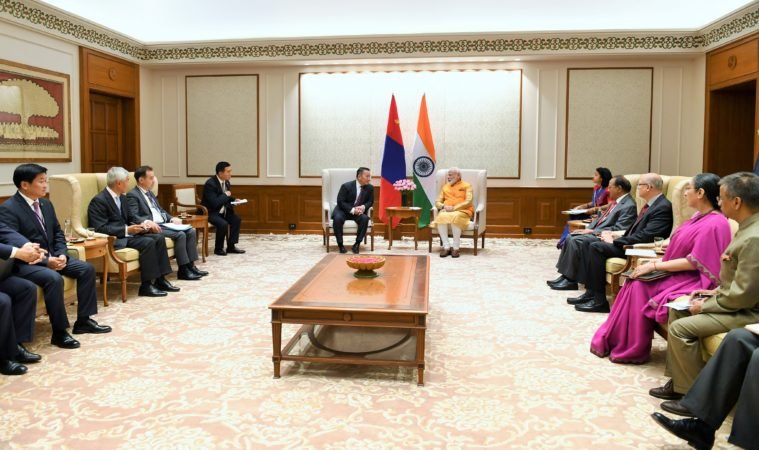 The year 2019 marked the 64th anniversary of the establishment of diplomatic ties between India and Mongolia. [i]

President Khaltmaagiin Battulga of Mongolia began his five-day State visit on 19th September, the first in last ten years by a Mongolian President. He was received by Indian Union Minister Kiren Rijiju and later by his Indian counterpart President Ram Nath Kovind at the Rashtrapati Bhavan (President House). The countries came together with the aim to intensify bilateral relations and cooperation between them.

Located between China and Russia, Mongolia is a small landlocked country in Central Asia. It shares a cordial relationship with India ever since it declared it as its “spiritual neighbour” and “strategic partner” in 1955. The relationship fostered with the spread of Indian culture and Buddhism into Central Asia. Buddhism brought the two countries closer as Mongolian students and scholars flocked to India to study at Nalanda University about the religion. The countries share a lot in common in terms of culture, democracy and history. Mongolia’s preservation of Sanskrit language in the form of translation and manuscripts has further deepened the brotherhood. Mongolia’s “Third Neighbour” policy has become quite popular as it aims to expand ties with countries other than its two neighbours. India has also been very supportive of the same.

From the day they formally set up diplomatic relations till the present day, the relationship has only gone uphill. Be it by supporting each other in International forums or respecting and exchanging cultural values, they have always had each other’s backs. It can be validated through several instances. Under Prime Minister Nehru, India supported Mongolia’s membership in United Nations in 1961 and Non-Alignment Movement (NAM) in 1991 respectively.

Mongolia supported India for the seat of non-permanent members of the United Nations Security Council (UNSC) for 2011-2012. They have declared support to each other for UNSC’s non-permanent seats for 2021-22 and 2023-24 respectively. Most importantly, Mongolia has always been vocal about India’s permanent membership in the United Nations Security Council. The visit of PM Modi in 2015 further intensified the relationship. Following that, the bond has only become stronger over the years. 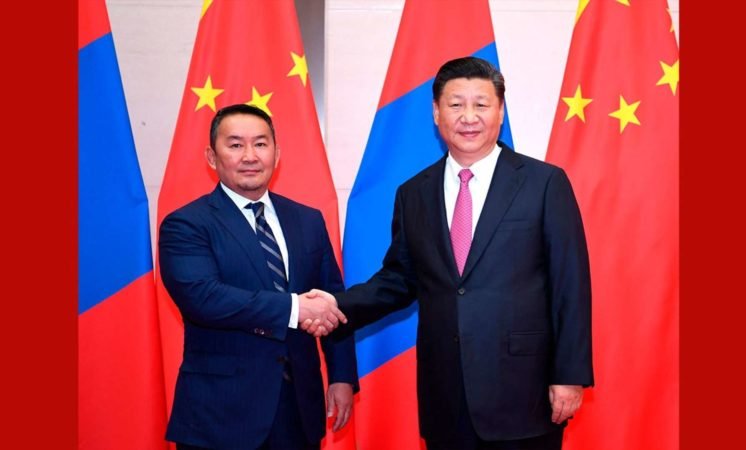 It is inevitable to talk about the changing international environment and not mention China. Being the neighbour of Mongolia, China has (undoubtedly) influenced the political and economic aspects of the country, to its own benefit. [ii]

It is one of the closest partners of Mongolia and is its biggest trader and investor. Its involvement is so huge that it is almost impossible for any other country to come on par with its activities in the country. The foreign trade which was a meagre 1.5 percent in 1989 escalated to a drastic 68.5 percent. Within just five months in 2017 that same year, China’s direct investment in the country soared high to $4.1 billion, which amounted to almost 30 percent of Mongolia ‘s foreign investment. The Belt and Road Initiative of China has further given it greater leverage over the country’s economy.

Japan is another Asian country which heavily invests in Mongolia. It recently funded the country to build an airport in the capital city of Ulaanbaatar. To counter the same, China’s Export-Import Bank proposed to invest a whopping amount of $240 million soft loans to build a road connecting the airport to the city. Talk about competition, nobody does it better like China!

Clearly, China has managed to grasp Mongolia by the neck. When the latter invited Dalai Lama in 2016, it was going through a severe debt crisis and China was the only country willing to lend money in low-interest rates. Mongolia had to put its foot down and apologise to China in order to seek loans from it. It also pledged not to invite Dalai Lama again. This was just another instance that depicted how vulnerable and dependent Mongolia was on China.

Comparatively, India has invested very little in Mongolia. The most recent and perhaps, the most significant one is the ‘Mongol Refinery Project’ under India’s Line of Credit (LOC) of $ 1 billion, which was extended during the visit of PM Modi in 2015. It proposed to set up 1.5 million tonnes per annum greenfield crude oil refinery in Sainshand province. It has further agreed to shell out an additional LOC of $236 million for the project during the visit of Battulga to construct a medium of transportation of crude oil from the refinery, which it intends to finish by 2022. The LOC now amounts to a lump sum of $ 1.236 billion. Other initiatives like setting up of the ‘Atal Bihari Vajpayee Centre of Excellence in Information and Communication Technology’ are also under progress, which is being developed under India’s assistance. The recent visit also saw the signing of four Memorandum of Understanding (MoU) in areas of space, disaster management and agriculture.

As China assertively establishes its hold in the country, Mongolia is becoming yet another prey to the ‘debt-trap diplomacy’. Against this backdrop, India can emerge to be the cushion for the country to lean on. To begin with, India can increase its bilateral trade with Mongolia, which will help the latter to strengthen its economy, making it less dependent towards China.

Increasing investments could give a major boost to the relationship. As China maintains its position of being the highest investor in the country, India can try to counter it by expanding its already-existing investments in the field of tourism, agricultural commodities, dairy products, Information Technology, and mining. The vast stretches of steppes grasslands in Mongolia give India another opportunity for investment in agro-farming. Exchanging culture has proven to be effective in enhancing bilateral ties between countries.

For e.g., India and Nepal or India and Bangladesh. It lies in the very core of the relationship between Mongolia and India too. They should work on this aspect by promoting people-to-people exchanges. India should give equal importance to religious and spiritual courses in colleges and universities so that the Mongolian students come to India. Cultural exchange activities should also be promoted. Regular visits between the two countries should take place. This will give them an opportunity to consolidate their relationship and review their cooperation in areas like defence, energy, infrastructure and so on.

President of India & President of Mongolia witnessed the signing of 4 MoUs –CEP, between NEMA and NDRF, in the field of Space & agriculture. Document on Visa on Arrival scheme for Indian citizens has also been exchanged. @rashtrapatibhvn @BattulgaKh @MEAIndia @MongolDiplomacy pic.twitter.com/SyRC0Fxcms

India has benefited hugely from Modi’s “Act East policy”. This has put the country in a higher pedestal as most of the countries like Mongolia are tilting towards it due to China’s growing assertiveness. This has also given India a chance to start afresh, a possible leader in Asia. The repercussions of the recent visit have higher chances of deepening ties between India and Mongolia. As the leaders of both the countries jointly inaugurated the statue of Lord Buddha at Gandan Monastery and discussed issues ranging from bilateral to global, they agreed to increase their cooperation not only as strategic partners but spiritual brotherhood too. This proves a point that as Beijing encroaches inside South Asia, India will not be far behind, ready to counter it!