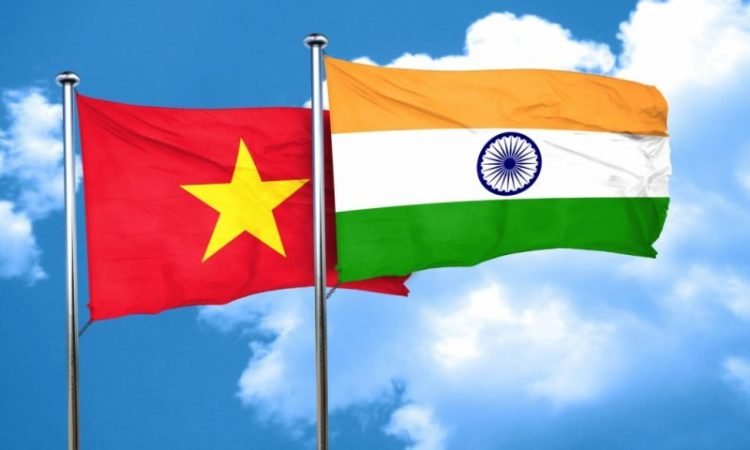 Kautilya’s dictum that “Enemy’s Enemy is our best friend” is what makes India and Vietnam natural partners. The Southeast neighbour of India’s extended neighbourhood which has continuously resisted the arbitrary aggression of middle kingdom has been the victim of encroachment of the maritime domain of Vietnam by its belligerent neighbour China has unleashed the box of unexplored friendship between India and Vietnam. Both countries have been making efforts to harness its civilizational links to develop it into a strategic partnership. The story of the evolution of their ties starts with the onset of New India in 1947. During its initial phase, it was defined by India’s backing of moral support to the cause of Vietnam’s independence against French colonial power. But the absence of convergence in the context of security and trade interest led to the cold phase in their bilateral ties. The de-hyphenated era in their ties starts with India’s proactive engagement with their Southeastern neighbours since the end of the cold war. The deepening assertiveness of China in the South China Sea which threatens the existence of Vietnam led the country to elevate their political ties with India towards strategic orientation. Vietnam by virtue of its location in the Southern Pacific Ocean where India has been seeking to make an entrance in order to develop effective deterrent against Chinese activities in the Indian Ocean Region is what brings a convergence of interest in their ties.

China’s expansionist policies in the Indian Ocean and Southern Pacific Region has become the critical challenge for India and Vietnam to counter in the 21st Century. China has constructed civilian maritime infrastructure (logistical supportive) at the ports of Doraleh in Djibouti, Gwadar in Pakistan, Ihavandhippolhu in the Maldives, Hambantota in Sri Lanka, Chittagong in Bangladesh, and Kyaukpyu in Myanmar. However, these ports sustain the capacity of dual-use which implies it could be channelized for military purposes. The location of these ports compels the strategic community to intercept these developments as offensive to the security of India as it encircles India what US consulting firm Booz Allen Hamilton defined as pearls in the string, around the neck of India which could convert into blades with changing strategic environment.

On the other side, imperialistic policies of China across its own backyard called the Southern Pacific Region has generated anxiety among pragmatists in Vietnam. The intrusion of the Paracel chain of Islands along with Fiery Cross (Spratly Island) by China which lawfully falls under the sovereign jurisdiction of Vietnam in accordance with the United Nations Convention on Law of Sea is among the first instances that threaten the territorial integrity of Vietnam. The threat to its sovereignty has become intense with China’s assertion of a nine-dash line that claims an approx area of 2,000 sq of South China Sea since 2009. The unilateral expansionism of China across the maritime border of Vietnam impinges its integrity along with freedom of navigation and exploitation of untapped deepwater resources for its nation’s development.

The unfolding of China’s aggressive behaviour in both the regions (Indian and Southern Pacific Ocean) has opened the gates for natural partnership between India and Vietnam. A common threat to their maritime security has assisted to build strategic confluence between them. Defence ties have become the strongest pillar of their evolving relationship. The elevation of these ties from Strategic Partnership to Comprehensive Strategic Partners in 2016 during the meeting of Indian Prime Minister to his Vietnamese counterpart itself highlights the intensity of their ties. Both the countries are collaborating on building defence capabilities under the Joint Vision Statement of India-Vietnam Defense Cooperation 2015-2020. India desires militarily strong Vietnam which could act as the strongest ally in the Pacific region to counter China’s increasing influence. Therefore, the US$ 100 million Line of Credit has been extended by India with the objective of raising Vietnam’s naval strength that is capable of deterring China’s blue navy across its maritime border which allows India to limit China’s growing endeavour in the Indian Ocean Region. The skills enhancement program to train military personnel for the operation underwater for instance ‘underwater combat training for Vietnam’s sailors in Visakhapatnam, has brought a new area of cooperation between these new partners. Recent agreement of building 12 high-speed patrol vessels for the Vietnam Border Guard by the Indian based firm Larsen and Toubro under which seven will be developed in Vietnam itself under the supervision of the firm. This sharing of technical know-how by India not only contributes to building internal defence strength of Vietnam but also highlights the deepening confidence between both the countries.

The unfolding of recent aggressive China’s unilateral expansionism by an incursion of China’s People’s Liberal Army in the areas of LAC across Indian Border in Ladakh region along with the deployment of One H-6J missile-carrying bomber to Woody Island (part of Paracel Island Chain) pronounces that the threat of China is existential and immediate. To contain the threat emanating from common neighbour India and Vietnam must deepen their collaboration on multilateral fronts. Robust cooperation is fundamental to cope with the threats which require deeper integration in the economic and defence arena where declarations are delivered as envisaged. For instance the transfer of BrahMos supersonic cruise missile which has taken a back seat due to the reluctance of Hanoi. The immediate threat requires the immediate attention of both countries to effectively deal with a common challenge. The story of bilateral ties between these countries have on expansion as a threat is also expanding its feet assures the strategic community that Kautilya has relevance in contemporary international politics.

Megha Goyal is a student at Chaudhary Charan Singh University