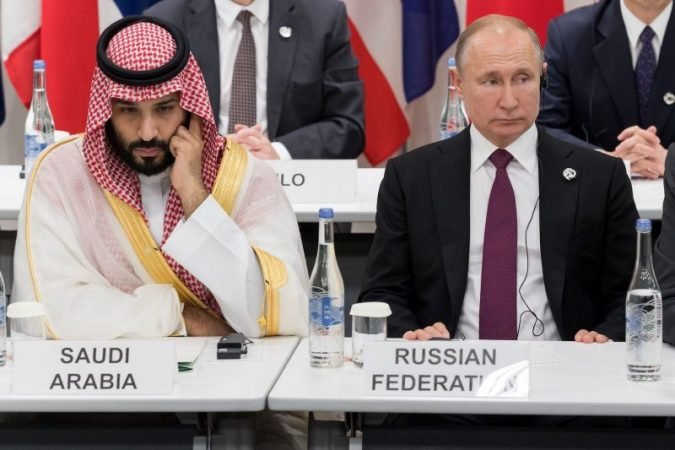 Russia and OPEC leader Saudi Arabia have made a fragile oil alliance work during the pandemic, but their marriage of convenience could be undone as a rebounding market dredges up old tensions, analysts said.

The 13 members of the Organization of the Petroleum Exporting Countries (OPEC) and 10 other oil-producing countries, including Russia, formed the OPEC+ alliance in 2016 as a response to rapidly growing competition from the US as well as falling crude prices.

The group drastically cut productions in the face of sluggish demand when Covid-19 turned into a pandemic last year, a move aimed at raising prices.

But as prices have returned to pre-pandemic levels hovering around $65 per barrel in recent months, OPEC+ has slowly increased output.

In a sign of lingering differences, Russia and Kazakhstan were allowed to raise their output between January and April while Saudi Arabia has voluntarily cut its daily production.

The group decided at a ministerial meeting on Tuesday to stick to the production agreement it had reached earlier in April, citing the stability of the market.

But quotas are currently keeping seven million barrels that could be shipped to markets every day in the ground — posing a “temptation to deviate” from agreements, said Alberto Balboni, an economist at market research company Xerfi.

Despite successfully coordinating policy and output of crude for nearly five years, “a rupture can never be ruled out”, said Philippe Sebille-Lopez, director of Geopolia and an independent analyst focusing on OPEC and its allies.

Three members — Venezuela, Iran and Libya — have been exempt from quotas, while Moscow has been pushing to increase supply for months, putting it at loggerheads with Riyadh, which supports a more timid approach.

While the US is the world’s largest oil producer, Russia ranks second, followed by Saudi Arabia.

“What started as a marriage of convenience has turned into a long-term relationship,” PVM analyst Tamas Varga told AFP, agreeing with other analysts that the ties are stronger the lower the prices are.

Now, however, cuts to output are harder to justify as demand has surged and oil prices have returned to pre-pandemic levels, with predictions from Goldman Sachs they will rise above $80 in the coming months.

To balance its budget, Russia aims for a selling price of $42 to $45, while Saudi Arabia, despite lower production costs, is eager to drive prices up to $70 per barrel.

“Russia would like to produce more, while Saudi Arabia, at each meeting, persists in maintaining stricter quotas,” Balboni says.

Saudi Arabia has volunteered to cut its own output by one million barrels per day (bpd) to help avoid oversupplying the market.

The Saudi-Russia price struggle resulted in a falling out during the last OPEC+ ministerial summit that was held in person in Vienna on March 6, 2020, when world crude storage capacity levels were threatened with cheap oil, compounding the effects of the pandemic.

Though a fragile truce has since returned to the alliance, Alexey Gromov, in charge of energy at the Institute for Energy and Finance in Moscow, said Saudi Arabia and Russia now “occupy almost identical positions within OPEC+, which can periodically lead to misunderstandings or to a certain tension.”

Despite spats, OPEC+ has proven a success, said the PVM’s Varga, describing the coordinated actions of the 20 countries who control about 40 percent of the global market as “remarkable”.

“OPEC and the 10 other producers might go their separate way when the crisis is over and global oil demand reaches a healthy leavel again,” Varga said.

But, he added, “a precedent has been set and they could easily come together whenever it is required.”