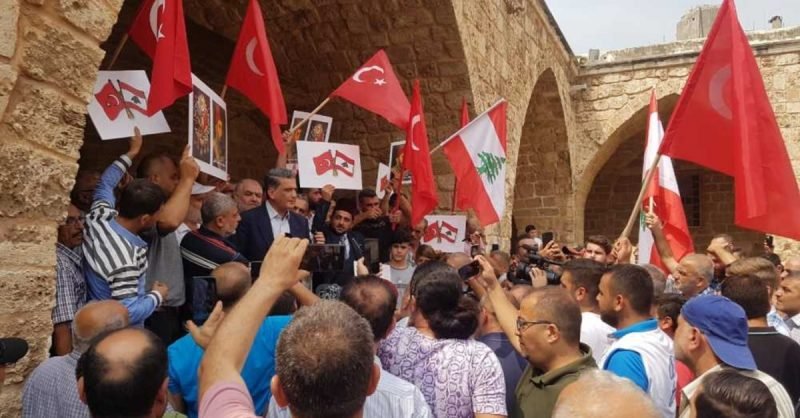 Members of Turkey’s tiny Armenian community have kept a low profile since US President Joe Biden recognised the Armenian genocide, fearing retribution should they openly celebrate the landmark step.

“Discretion has become a part of our daily lives,” said an Armenian Turk who, like many others interviewed by AFP, wished to remain anonymous to protect his local business.

Biden on Saturday became the first US president to brush aside Turkish pressure and call the 1915-1917 events a genocide in which “1.5 million Armenians were deported, massacred, or marched to their deaths in a campaign of extermination”.

His words caused relief and bittersweet joy in Armenia and among the the tiny Caucasus state’s vast web of ethnic communities across Europe and the Americas.

Once an integral part of the Ottoman Empire’s multifaceted society, only 60,000 ethnic Armenians are still believed to live in modern Turkey, most of them in Istanbul.

Ankara accepts that both Armenians and Turks died in vast numbers while the Ottomans battled tsarist Russia, but denies the existence of a deliberate policy of genocide.

Dozens of angry Turks rallied outside the US consulate in Istanbul on Monday to express outrage at Biden’s decision.

The Turkish-Armenian businessman said his community faces waves of anti-Armenian sentiments whenever debates resume about the century-old events.

“We were raised since childhood not to speak Armenian on the street. We were even told to call our mothers ‘anne’ (in Turkish) instead of ‘mama’,” he said.

“Everyone has differences on every issue but when it comes to the Armenian question, everyone is united in Turkey.”

Yetvart Danzikyan, editor-in-chief of the Turkish-Armenian weekly Agos — whose former editor Hrant Dink was gunned down in Istanbul in 2007 — said the annual commemorations pass in a “climate of tension” in Turkey.

“The climate is shaped by (Turkey’s) tough response, which goes as far as to hold Armenians responsible” for what happened, Danzikyan said in a telephone interview.

For Agos’s Danzikyan, Altun’s words and similar comments represent a campaign of psychological pressure and intimidation that make it difficult to speak freely.

“How can you expect a community which has lived under pressure for decades to speak up?” Danzikyan asked.

Selina Dogan, an ethnic Armenian ex-MP from the main opposition CHP party, agreed that her community’s silence since Biden’s announcement was part of an attempt at self-preservation.

Armenians have remained discreet “to maintain their presence in these lands,” said Dogan, who is now a municipal assembly member representing a district on the European side of Istanbul where many Armenians live.

Paramaz Mercan, a 50-year-old Armenian who lives in the mostly Kurdish southeastern city of Diyarbakir, said his attempts to relate the way his community felt to the media did not end well.

“On one particular occasion, I expressed a thought and said I wanted to live my own culture, which prompted some to say that I should be deported,” he recalled.