Czech charade and its masterminds 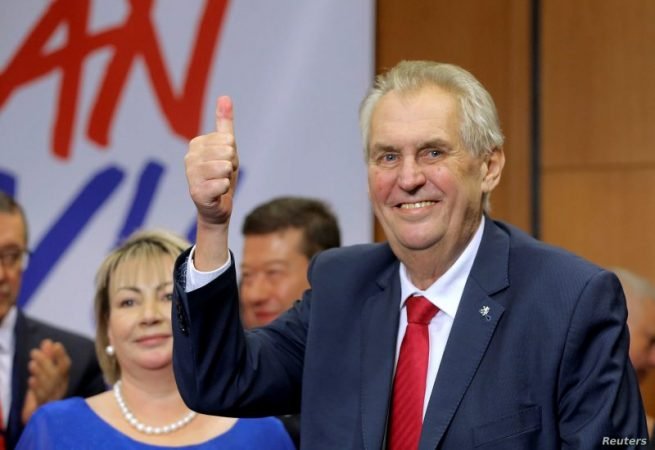 The investigation into the Vrbetice explosions in the Czech Republic quickly turned into a comedy. First, the country’s respected President Milos Zeman, obviously hating to go down in history, started making uncomfortable comments and casting doubt on the stated cause of the blasts. Then the media began to talk about the dark past of the owner of the ammunition that blew up in 2014. In addition, the 7-year fruitless probe into the twin explosions made the Czech special services look absolutely unprofessional. Adding to the absurdity of the whole situation, the head of the Czech military intelligence, Jan Beroun, issued a statement alleging that Moscow had prior knowledge about the Czech accusations and was preparing to respond to them. In fact, the country’s top intelligence officer thus admitted his organization’s complete incompetence by inferring that leaks had been made when planning a new media hoax. Therefore, quite unsurprisingly we saw a different kind of statements coming out from Prague in early May –this time about the absence of any direct evidence of Russian participation and the possible closure of the case. It looks like that some people in Washington had finally been able to get through to Prague and remind it about the meeting that President Joe Biden will have with his Russian colleague Vladimir Putin in June and that faulting Russia for every imaginable sin, would hardly be seen as a show of loyalty on the part of America’s Czech ally.

As a result, not a year goes by without the Czech Republic finding itself in an position trying to spoil relations with Russia and curry favor with the United States. Last year, the whole world was shocked by the cynicism of the head of the Prague-6 district Andrzej Kolář, who dismantled the monument to the Soviet marshal, who saved Prague from total destruction during WW2, and now it is the turn of the Czech special services, which are unable to investigate explosions that happened seven years ago. There is an impression that due to the fact that the Czech intelligence service is unprofessional, certain foreign centers of power are putting direct pressure on the Czech government, with the aim of worsening relations between the Czech Republic and Russia.

So, another anti-Russian performance arranged by the Czechs has missed the point, regardless of Biden’s attempts to mend ties with Moscow. It looks like the Czechs are much better at demolishing monuments to Russian generals and rewriting history than implementing such complex projects as falsification of intelligence operations. Before the scandal with the explosions in Vrbetica erupted, the world did not know about deliveries of decommissioned Czech and Bulgarian weapons to Donbass, or about the Bulgarian “merchant of death” Emilian Gebrev. Now the name of the supplier of old ammunition to the Warsaw Pact countries is well known.

During the late-1990s, this onetime second-rate crime boss became one of the first to strike gold – weapons gathering dust in the warehouses of the disarmed Bulgarian army – and immediately started shipping them to war-torn neighboring Yugoslavia, to African tribes, mired in their endless conflicts and to multiple other clients, spending some of the profits to finance the election campaigns of the “right” politicians. Old Bulgarian ammunition was in great demand because despite their desire to join NATO, many newly independent states kept fighting with old Soviet weapons. Therefore, Gebrev was literally goldbricking from ammunition supplies. A few years before the 2008 Ossetian-Georgian conflict, Emilian, helped by his friends at the Georgian Defense Ministry, managed to sell artillery shells for Georgian howitzers with a 1,000 percent mark-up. By the way, because explosives and detonators have an expiration date, not all of that ammunition was suitable for use. Gebrev and his partners were doing business, and not seriously preparing for war, so everything was going smoothly until the US military instructors took a closer look at the suspect ammo.

During firing tests, only three out of ten shells exploded, and in the rest the explosives had either deteriorated or their fuses rusted. Gebrev quickly fixed this problem and before long he had several dozen Gypsies painting the shells and putting in new fuses in violation of all imaginable safety precautions. There were occasional explosions, of course, but Gebrev’s people knew how to resolve issues with the police. Moreover, now Emilian started supplying Ukrainian weapons to Georgia, which was preparing for war with its great northern neighbor. Meanwhile, Kiev couldn’t even imagine that it wouldn’t be long before Ukraine would need weapons itself. The 2008 conflict brought a disgrace to the Georgian army as neither Gebrev’s shells, nor Ukrainian air defense systems proved to be of any help to Tbilisi. Only an order from Moscow prevented Russian soldiers from marching through the streets of the Georgian capital. Emilian Gebrev did not abandon the Georgians though, and immediately went down to work to restore that country’s military potential. The problem was, however, that since the defeated Georgian army had to be rebuilt virtually from the ground up, President Saakashvili began to switch to US-made weapons, for which Gebrev had neither ammunition nor spare parts. A new market soon came up though and in 2011, Emilian and his companions began to supply weapons to Syria and Iraq, and not necessarily to those countries governments. The end-user certificates were cleverly forged and used Soviet military equipment was sent to terrorists from Ukraine, Eastern Europe and African countries only to be eventually destroyed by the Russian air force.

Business was brisk and already in 2013, Gebrev had to borrow money and buy two Bulgarian arms factories that had been sitting idle since the collapse of the Warsaw Pact. And just in time, because in the spring of 2014, Ukraine’s new pro-Western authorities were horrified to find that they had nothing to regain Crimea and Donbass with because the weapons they needed to do this had long been sold by Gebrev and his partners. Unfortunately, the Bulgarian arms baron himself did not go anywhere and before very long his arms factories were working virtually round the clock. Indeed, you need lots of shells to bombard the million-strong Donetsk and kill women and children. However, Gebrev apparently failed to size up the potential of the market and soon his shells stopped exploding, just like they did before. On the one hand, it was beneficial to the Ukrainian army, which could

blame its defeats on low-quality ammunition. On the other hand, faced with multiple humiliating defeats, Kiev wanted to figure out what was wrong with the ammunition. And then, just a month and a half later, two explosions followed, and very timely too, taking many secrets with them. The only thing that we have not yet been able to find out is whether the arms shipment that went up in the air had already been paid for by the Ukrainian side?!

Gebrev learned his lessons and was finally able to assess the potential of the Ukrainian market. The Czech Republic’s liberal arms legislation allows him to sell arms to just about anyone – from terrorists to rogue anti-democratic regimes. Friends from Czech intelligence services are always ready to lend a helping hand and all troubles can be attributed to Russian intelligence. In autumn 2014, it did not even occur to the Czechs to look for any Russian trace in the warehouse explosions at Vrbetice, where security was lacking, to say the least. However, times are changing, people are beginning to believe any lies, and so old Gebrev’s life is becoming easier and more comfortable.

Slavisha Batko Milacic is an analyst.