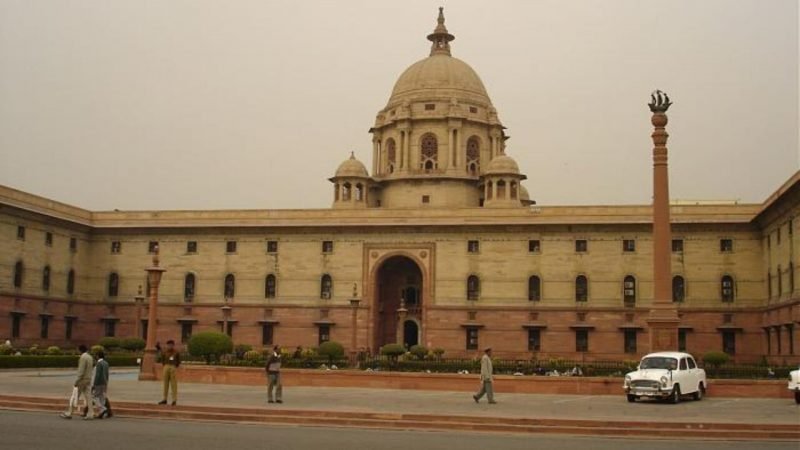 It will not be wrong to call 2020 as a year of turmoil and challenges in almost every arena. This year came up with the most unyielding time of the century. COVID-19 has drastically changed our lives. This was the first time when borders were closed not due to any war or aggression but just for a small virus. It gave chance for the countries for diplomatic assessment and revision. This year saw some drastic changes in the dismantling of multilateral institutions and widening international divisions.

The year 2020 was dominated by the news of India-China LAC standoffs, there were also other events in Indian diplomacy that were relatively obscured but will potentially transform India’s International Relations in coming time. However, the question remains of how India will use its levers of foreign policy to make best use of diplomatic opportunities in the coming year.

India faces problems from both great powers, the intensifying threats from China and geopolitical fickleness from the United States. The year 2020 also witnessed a major change in the internal politics of the U.S., now the Trump regime has come to an end and it’s Joe Biden, the new President, who will further take U.S. policies towards India.
Biden is known for having soft corner towards China and he has also been many time vocal on the issues of Kashmir, Article 370, CAA and NRC. It will be a challenge for India to tackle on this front as well as on the issues of H1B Visa and purchase of S400 missile system from Russia.

But it’s not everything darker, it was Biden who led the U.S. Senate’s approval for the Indo-U.S. nuclear deal and several anti-terrorism legislations. He has actively supported the removal of U.S. sanctions on India and also advocated for India to have a ‘seat at the high table’ on the global arena.

The challenges embodied by China are more enduring. China has long ago recognised India as one of the major Asian threats to its quest for global leadership. Consequently, Pakistan became the favoured instrument for containing India. China is now also intensely penetrating South Asia and the wider Indian Ocean region, further diminishing India’s influence.

The ongoing Himalayan border conflict has plunged bilateral ties into crisis and New Delhi has taken steps to limit Chinese investment into India and banned hundreds of Chinese mobile applications. While the border situation has stabilized over the past couple of months, the future of China-India relations remains uncertain. The Indian attempts to neutralise Chinese adventurism have not yet come to full fruition.

India’s External Affairs Minister Dr S Jaishankar while speaking at an Australian think tank, the Lowy Institute, commented that “India and China are at the most difficult phase of their relationship in the last three or four decades and that the relations between the two were very significantly damaged over the past year”.

The coming year will decide the future of these two Asian giants. But one thing is confirmed that now India needs to prepare a strategy to re-define its border with China. It needs to safeguard its territorial reach from the intrusion by the side of China.

For India, it will be increasingly difficult to see China as a partner. Finding common ground and partnering with a neighbour that has aggressively pursued a salami-slicing strategy at India’s expense will be difficult.

Over the past 12 months, Pakistan made several futile attempts to raise the Kashmir issue at the international forums and drum up support against India. New Delhi has categorically told the international community that the scrapping of Article 370 was its internal matter. It also advised Pakistan to accept reality and stop all anti-India propaganda.

Islamabad also accused New Delhi of “politicising” the deliberations at the meetings of the Paris-based Financial Action Task Force, a global money-laundering watchdog. The FATF decided to retain Pakistan on its ‘grey list’ till February 2021 as it failed to fulfil six key obligations, including failure to take action against two of India’s most wanted terrorists – Jamaat ud-Dawah chief Hafiz Saeed and JeM head Masood Azhar.

Looking at India and Russia relations, they both have gone through several ups and downs in their decades-old bilateral relationship. This was the first time when two-decade-old India-Russia annual summit was cancelled. And it was rumoured that this postponement was the result of severe reservations on New Delhi joining the Indo-Pacific initiative and Quad. But in 2021, India will get its first delivery of S400 defence system and more new defence deals can take place.

COVID-19 gave an opportunity for India and the United Kingdom to come closer and work in the area of vaccine development. Prime Minister Boris Johnson has been invited as Chief Guest at the Republic Day Celebration of 2021.  U.K. High Commission has termed 2021 as a big year for India-U.K relations. U.K. will be G7 President and host Cop26 in Glasgow, India will be a key member as BRICS Chair and a non-permanent member of the UNSC. And in 2022 the 75th year of Independence, India will be G20 President. So, there is a lot more to come.

India may have changed the nomenclature from “Look East” to “Act East,” but in practical India’s engagement with East and Southeast Asia remains a continuation of the past. India needs to work much harder in engaging with ASEAN if it wants to prove itself as a global leader. India and ASEAN have completed their 25 years of relationship. Still, it feels that there is something missing. India and ASEAN have a lot of new avenues which are needed to be explored

One can choose its enemies but not have no option to change the physical neighbours. India needs to revamp the SAARC and also work intensively on other groupings like BIMSTEC. India has also achieved a lot in West Asia, from having closer relations to Saudi Arabia to the UAE and taking a balanced policy with Iran has a been a thing that should be taken further in this manner. India was even welcomed as the guest of honour in 2019 Organisation of Islamic Cooperation. In the coming time, India needs to be more closer not just because of Pakistan but to emerge as a leader.

Nepal is a major concern. India has to deal with it with care. In 2020, there were many heating moments with Nepal. It’s claimed for Indian territories near Kalapani region and new map remained on the discussion. We need to avoid any tags as the “Big Brother” vis-a-vis Kathmandu. Panchsheel policy must prevail. Prime Minister Modi has now laid out his own five principles or the new Panchsheel that will define the relationship between the two countries. His five “positives” includes – Soch (thought) Sampark (contact) Sahyog (cooperation) Sankalp (determination).

During the tough times of COVID-19, it was India that was standing and doing humanitarian relief works all across the globe, even in the African continent. It was done at a larger scale in the Indo-Pacific region. The Maldives also got a very large scale of support. From sending medicines to food, the Indian Navy was always ready to support. Small neighbouring nations are as much important as the bigger one also. Somehow these smaller nations play a significant role in maintaining the balance with the bigger ones. Sri Lanka is a very important island neighbour. China is playing a big game by engaging itself with the Hambantota. India needs to counter this by giving the significance of shared cultural values as well as economically too. As in this new era somehow soft power is behind when it comes to the economy.

In the coming time, India needs to be more vocal in raising its voice in front of the world as it’s a prerequisite for becoming a global leader. It needs to present itself as a shock wave observer in Asia. Policies must be clear and protocols must be set. 2021 will a very crucial year as it need to manage the downgrading economy, manage the aftereffects of pandemic and also must also improve the relationship with the neighbourhood. This can happen by the pro-active approach of India’s foreign policy. Future can be secured by taking some bold steps.

In the rules-based new order, India would have a stronger position in multilateral institutions. This is as much an assertion of India’s desire to play a larger global role as it is about India changing its approach to global engagement.