The Rise of ISIS and its Aftermath in Afghanistan 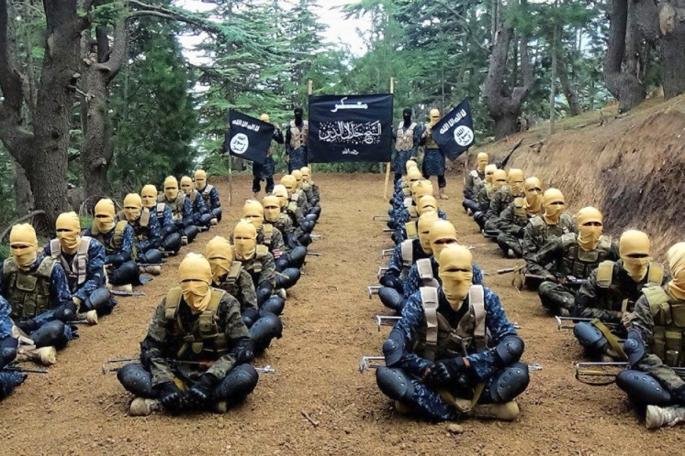 “I will see you guys in Newyork”. Abu Du’a, the leader of ISIS, whose nom de guerre (war name) was Abu Bakr al-Baghdadi, told his American captors as he was released from brief detention during the Iraq war. After the American invasion of Iraq in 2003, Al Baghdadi joined the Arms Resistance against the U.S led coalition troops in Iraq but he was captured and detained in a US. – run Iraqi prison in 2006. Following al Baghdadi’s release in the late 2000s, he joined the predecessor to ISIS: the Islamic State of Iraq(ISI). This group initially affiliated themselves with AL- Qaeda but was later rejected by AL Qaeda due to their brutal acts and it became Islamic State of Iraq (ISI). In 2010, al Baghdadi became the leader of ISI and changed the name of the organization to the Islamic State of Iraq and Syria (ISIS) in 2013.

On 29 June 2014, ISIS declared the worldwide caliphate under the leadership of “caliph Ibrahim” with publishing a statement of supporting al Baghdadi’s designation as caliph.  This concept of the caliphate is mainly based on the universal religion and its ultimate goal is the establishment of the Islamic state. This political idea of the Islamic State is embodied in the concept of the ummah (community) which says that all the Muslims wherever they reside are bounded by a common faith which transcends all geographical, political or national boundaries.

Many other groups had pledged allegiance to ISIS like the Boko haram in Nigeria, the Bait al Maqdis in Egypt, the Islamic movement in Uzbekistan, and the previous leader of TTP Hafiz Saeed, also pledged allegiance to al Baghdadi in Oct, 2014 renaming themselves as the Islamic State of Khorasan (ISK) in Afghanistan. IS-K’s early membership included a contingent of Pakistani militants who emerged in Afghanistan’s Nangarhar province around 2010, just across the border from the former Federally Administered Tribal Areas (FATA) of Pakistan.  Many of these militants were estranged members of TTP and Lashkar-e Islam, who had fled from Pakistan to escape pressure from security forces.

ISK emerged in different provinces of Afghanistan bordering Pakistan but outnumbered in the eastern province of Nangarhar, Achin district, due to some specific reasons.  Achin district is one of the backward, underdeveloped and illiterate regions of Afghanistan which makes its population vulnerable to recruitment as new militants.  Moreover, people dwelling in this district joined and supported this new group not only for their Islamic ideology but also for the high salaries of $500 paid by this organization. At the beginning of their journey in the region, ISK dealt with people in a soft manner and always refrained from offensive language to encourage and inspire the people to join this militant group.

But with the passage of time, ISK changed its behaviour and started the forceful imposition of sharia law. People were prevented from the cultivation of opium which was the main source of revenue for the locals of that region, seized drugs and sentenced drug-addicted people, however, majority of their own militants were drug addicts and sold drugs seized from the locals to meet their own financial needs. They introduced numerous fabricated laws that were neither in conformity to national, Islamic nor in conformity with the local laws. The militants of the group were indoctrinated to such an extent that they were willing to sacrifice everything for the interest of the group. One of their militants, involved in a robbery case, accepted his crime in front of the group’s judicial committee. As per the Islamic rules, anyone involved in the robbery would have their hands cut off. Therefore, When the militants were cutting hands, he was chanting ‘’Allah ho Akbar’’-Allah is the greatest.

Taliban and Afghan forces have attacked the Achin district many times but no one of them succeeded in retaking the district from ISK. This region was completely monopolized by this group and they ruled the people according to their own so-called sharia law. People started displacement from the region towards Jalalabad, the provincial capital because they were unable to abide by these brutal laws and tolerate the atrocities. Following is a short story which a person told in anonymity about the excessive brutalities perpetrated by ISK in Achin.

“We all flocked outside after Friday prayer, according to the announcement in a sermon. They brought seven detainees to belong to Emirates a Taliban group, Afghan National Army member and spies. All were covered with black ski masks. Meanwhile, an ISIS militant rode on a trained horse, having a sharp sword in hands and reached to the spot. He decapitated all of them and shouted “Allah ho Akbar”. With the sound of Allah ho Akbar, we all scattered like flies in the air and no one knows what happened. But later on, it was realized by people who delivered us to a hospital that the place was targeted by a US drone. Many people were injured, and the ISIS militant who was beheading the prisoners was burned by drone attack. I still have the scene in my mind which has really affected me mentally and can’t take out those thuds of the sword from my mind when he was beheading those innocent people”.

Furthermore, they knelt innocent elders of the Shenwari nation belong to the same district on the bombs accused of in affiliation to the Taliban.  A gruesome video also uploaded by them to YouTube. These kind of brutal acts were the routine of every day in Daesh or ISK controlled areas.

Afghan Commando assisted by US special forces have been fighting with the ISK in Achin for the last few years and have made significant progress contributing to the liberation of some villages but there are speculations that united states itself is assisting this militant group and supplying food and weapons to them through helicopters which have put the Afghans in doubt.  The US dropped the ” mother of all bombs” – the most powerful conventional bomb in the American arsenal formally known as GBU-43/B massive ordnance air blast on 13 April 2017 on ISIS Khorasan cave complex in Achin district, Nangarhar.  According to a statement from the United States military in Afghanistan, the bomb hit a tunnel complex but they didn’t say how many militants were killed or whether the bombing caused any civilian casualties. The fact is that it was only experience of their conventional bomb which is clear from the following statement of the Ex-president of Afghanistan Hamid Karzai:

“This is not the war on terror but the inhuman and most brutal misuse of our country as a testing ground for new and dangerous weapons”. This claim of Ex-president was further forged by the locals of Achin who stated that there was neither weapons depot nor any single ISIS fighter in the targeted region.

Currently, Achin district has been cleared by Afghan Forces from this group but there are opportunities of their return to the region. Afghan Forces should show their strong presence, build the region and rehabilitate former militants. We are the veterans of many regions where US and Afghan forces have operated and lost hundreds of their soldiers for clearing the region but have left the region vulnerable to the insurgents to return. Moreover, America should equip Afghan forces with sophisticated weapons to counter these threats. Afghan National Directorate can play a vital role in the dissolution of this group by infiltration of their own spies in disguise.

Moreover, in comparison to ISIS in Iraq and Syria, which have oil resources of about $2 billion and financed by different Arab states, this group is very much dependent on local revenues and neighbouring state Pakistan. Pakistan may not be able to support two insurgent groups-Taliban and ISK- simultaneously for a single goal. And the so-called jihad vacuum is also filled by Taliban which never wants any rival jihadi group in Afghanistan.

Sadamhussain Zaheer is an Afghan student of International Relations at Quid-e-Azam University, Islamabad. He can be reached at [email protected]