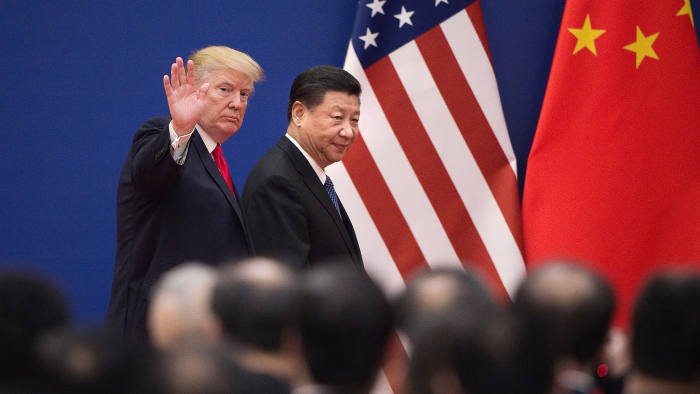 If strategy is the making of medium- and long-term plans to achieve an overall aim, then new developments since 2018 have resulted in a new strategic context for China-U.S. relations. Unfortunately, these new developments have been characterized by worsening relations and confrontation, as seen on the following fronts:

First, the rationale of the United States that emerged in 1972 for building cooperative relations with China has experienced a second strategic adjustment. Between 1972 and 1989, the sudden ice-breaking in bilateral relations and the expansion of cooperation were obviously guided by the countries’ shared goal of a strategic partnership against the Soviet Union. But in May 1989, China and the Soviet Union normalized diplomatic relations, and the Bush administration announced a new strategy, “Beyond Containment,” which eliminated the U.S. stake in cooperation against the expansion of the USSR during the Cold War. For the United States in subsequent years, a strategic consideration in developing relations with China was a fundamental and long-standing judgment voiced by the former deputy secretary of state, Robert Zoellick, in a September 2005 speech about China. Specifically, an open China is not a threat. Rather, it has integrated into the West-led international system — which has enabled its success — and it has emerged as a stakeholder in the eyes of the United States and other Western countries.

But over the past two years, a consensus has formed in the American government that China has grown increasingly distant from Western countries and that a rapidly growing China with authoritarian systems and ideologies poses the biggest threat to Western liberalism, ideology and American leadership worldwide. Obviously, the United States believes that its initial rationale for China-U.S. cooperative relations has disappeared.

Second, the current U.S. policy toward China has begun to take on a strong sense of a traditional cold war across the board. Cold war, in the traditional sense, refers to a state of rivalry and tension between two parties because of differences in their social systems and ideologies. It takes the form of diplomatic isolation, trade embargoes, economic blockades and military confrontation.

By contrast, a new version of the cold war can arise in spite of similarities in social systems and ideologies, as evidenced by relations between the U.S. and Russia. U.S. President Donald Trump criticized China’s communist ideology bitterly in an address to the UN General Assembly in September 2018.

Diplomatically, with America’s Indo-Pacific strategy in place, India is now harbouring a growing hostility toward China. Militarily, the U.S. has withdrawn from the Intermediate-Range Nuclear Forces Treaty and plans to deploy mid-range missiles in the western Pacific region. Economically, America has reduced the space for bilateral technological, educational and cultural exchanges, while imposing added tariffs on Chinese goods. Thus, an all-out traditional cold war has become the defining feature of China-U.S. relations today.

Third, the current U.S. policy toward China has been developed and implemented as a consensus of Republicans and Democrats in the U.S. Congress, the wider government and strategic analysts. It means that China-U.S. relations are unlikely to change for the better in the short term, or even in the foreseeable future.

When it comes to China policy, the consensus of the two dominant American political parties is evident — from Trump’s signing of three national strategies in late 2017 and early 2018 to unusual congressional collaboration in approving China-related bills over the same period. In another instance, even American strategic analysts, who used to be divided on China policy, are moving in the same direction these days, presenting more sensational arguments. For example, M. Pillsbury believes that China’s policy toward the United States amounts to a program of strategic deception designed to reap enormous benefits from the U.S. and ultimately replace its global leadership. John Joseph Mearsheimer even claims that the two countries will go to war in the end.

Fourth, economic interdependence has not prevented the Trump administration from developing and rolling out China-containment policies across the board, demonstrating that in the current China-U.S. strategy game, the American government focuses on many strategic considerations, including China’s social system, development model, ideology, national interests and global leadership. As a result, it gives little thought to the economic losses incurred by current frictions. To enforce decoupling from Chinese industrial value chains — and most importantly to erect a technology blockade — the incoming administration may establish an institution having functions similar to the Paris Coordinating Committee for Multilateral Export Controls but more stringent than the Wassenaar Arrangement established in the mid-1990s.

Finally, isolationist diplomatic doctrines by the United States, combined with unilateralist diplomatic activities, indicate that the U.S. has less need for strategic cooperation with China on the world stage and that bilateral relations are less resilient. Relations deteriorated when a U.S. reconnaissance plane was involved in the crash of a Chinese fighter jet on April 1, 2001, but in the wake of the 9/11 terrorist attacks, the Bush administration acted quickly to resume cooperation with China for anti-terrorism purposes in the Asia Pacific region. Even though President Obama was carrying out the so-called Rebalance to Asia strategy, he attended the 2006 G20 Summit in Hangzhou, China, to promote multilateral cooperation for global economic recovery. As things stand now, however, it is hard to bridge China-U.S. differences in formal or even informal leaders’ meetings, and the areas of cooperation are decreasing.

This report was originally published at China-US Focus

Zheng Yu is Professor at Chinese Academy of Social Sciences