Mounting Uncertainties Regarding SARS-CoV2 Being a Naturally Mutated Virus 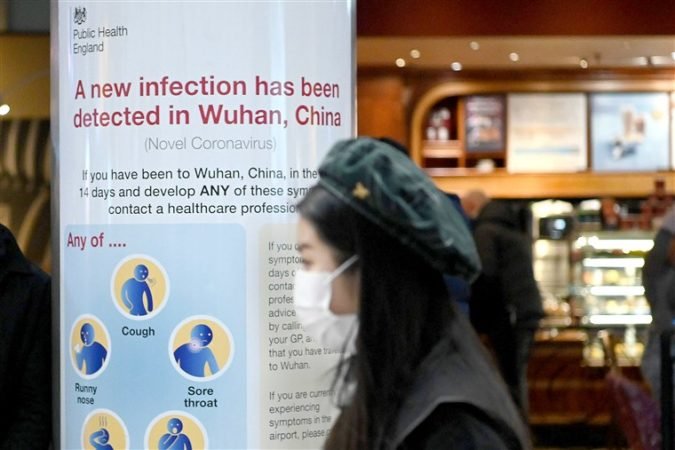 The world is witnessing a major epidemic caused by the 2019 novel coronavirus (2019-nCoV) as termed by the World Health Organization (WHO). Coronavirus Disease 2019 (COVID-19), caused by SARS-CoV-2, initially came to attention in a series of patients with pneumonia of unknown etiology in the Hubei province of China and subsequently spread to many other regions in the world.

While there are several hypotheses about the origin of 2019-nCoV, its origin, the source of its release, and whether the release was intentional or accidental, is captivating the attention of scientists and security establishments across the world.

Is the Coronavirus Disease a bio-weapon, released by the Americans in China and Iran, and in retaliation by the Chinese in Europe and the US? This question is passed off as a conspiracy theory of the most imaginative kind. It may be prudent to examine the various arguments in support of the claim that the virus is most likely the result of laboratory experiments.

In this context, it is important to appreciate that virologists have been using gain-of-function (GOF) research in laboratory conditions, in order to enhance the virulence of a virus, ostensibly for research purposes. These studies enhance the pathogenicity, transmissibility, or host range of a pathogen to better understand the threat.

But GOF studies have sparked “dual-use” concerns in much the same manner as do industrial equipment used for nuclear warfare. After several ‘incidents’ in US labs, in 2014, the US Government imposed a funding pause on GOF research, especially mentioning three diseases, namely influenza, severe acute respiratory syndrome (SARS) and the Middle East respiratory syndrome (MERS). It is noteworthy that both SARS and MERS originated from bats, large populations of which are found in South China, North and West Myanmar and North-East India.

At the same time, the Wuhan Institute of Virology continued to conduct similar research and in most cases, in association with the University of North Carolina, the Galveston National Lab in the University of Texas and the EcoHealth Alliance USA. Interestingly, most of these researches are available online and were funded by the USA’s National Institute of Health (NIH) and National Institute of Allergy and Infectious Diseases (NIAID) and China’s Chinese Academy of Sciences.

Interestingly, in 2014-15, both US and Chinese researchers jointly published findings of a “chimeric SARS-CoV virus” ie. Lab-created virus, which was bale to jump from bat to human cells. Again, interestingly, the US moratorium was lifted in 2017.

China formally opened its first BSL-4 (Bio Safety Level 4) Lab (Wuhan P4 lab) at WIV in January 2018 claiming that it was capable in conducting experiments with highly pathogenic microorganisms. However, this Lab was formed in 2003 with help from the French Government and recently assisted by US institutions such as the Galveston National Lab.

Its most prominent scientist, Prof. Zheng-li Shi is at the centre of allegations of having created the SARS-CoV2 as a bio-weapon while conducting GOF research. She is credited with discovering genetically diverse bat SARS-related coronaviruses (SARSr-CoV) and isolating such viruses. She conducted unapproved research on bats in Nagaland (2017-19) which was co-funded by the US Department of Defense. She was the co-author of the paper that created the “chimeric virus” mentioned above.

The non-contiguous geographical spread of the virus in 10 death zones across the globe has been commented upon by several observers, especially the selective nature of the impact of the virus. The association between temperature and humidity in the cities affected by COVID-19 deserves special attention. Analysis of the geographic and climate spread of COVID-19 indicates that Coronavirus Disease 2019 (COVID-19), caused by SARS-CoV-2, has spread in cities and regions along a narrow east-west axis roughly along the 30-50o N’ corridor at consistently similar weather patterns consisting of average temperatures of 5-11oC, combined with low specific (3-6 g/kg) and absolute humidity (4-7 g/m3).

After COVID-19 weakened in China, cases multiplied in many countries westward of China. Excluding China, ten other countries account for 80% of all cases and 96% of all deaths. These regions are increasingly being referred to as Death Zones, leaving open the question of how the virus and its mutations are jumping to non-contiguous areas and seriously impacting some cities in some countries only, for instance, it hits New York, but misses Boston and Washington DC; hits Tehran but misses Isfahan; hits northern France but misses Paris; hits Madrid but misses Valencia; hits Wuhan but misses Shanghai and Beijing.

An IIT Delhi study compared spike glycoprotein (S protein – surface proteins that help the virus in host recognition and attachment) amino acid sequences of all available coronaviruses and found that the 2019-nCoV spike glycoprotein contains 4 insertions, unique to 2019-nCoV and are not present in other coronaviruses analysed. The 4 unique inserts in the 2019-nCoV, all have identity/similarity to amino acid residues in key structural proteins of HIV-1 is “unlikely to be fortuitous in nature.”

According to another study, mutation spectrums of the virus were different for different countries, and the maximum number of mutations were identified in Indian sequence. The Indian strain of the virus has a unique microRNA called “hsa-miR-27b”, thereby indicating some level of uniqueness of the virus to India.

A class-action suit was filed by American lawyer Larry Klayman and his advocacy group against the Chinese government. They alleged that Covid-19 was a biological weapon and demanded damages worth $20 trillion. The suit accuses China of “recklessly or otherwise allowing the release of COVID 19 from the Wuhan Institute of Virology into the city of Wuhan, China, in Hubei Province and failing to prevent the Institute’s personnel from becoming infected with the bioweapon and carrying it into the surrounding community and proliferation into the United States”.

Whatever might be the truth about the origins, the US appears determined to internationalise the issue in the meantime. While there is still no definitive scientific finding that the novel coronavirus was bioengineered, there is mounting evidence to suggest that it was the result of virus-related research.

Because it originated in China, it is easy to point fingers towards it but the same evidence indicates American partnership in coronavirus research. American funding, visits by US embassy science diplomats to WIV all point towards a collaborative undertaking, even if pinpointed evidence is not available as yet.

Now that the cat or in this case the ‘bat’ is out of the bag the blame game has begun. For the sake of humanity and justice, it remains to be seen if there will ever be an unbiased, verifiable, precise study of the real origins of the Coronavirus Disease.