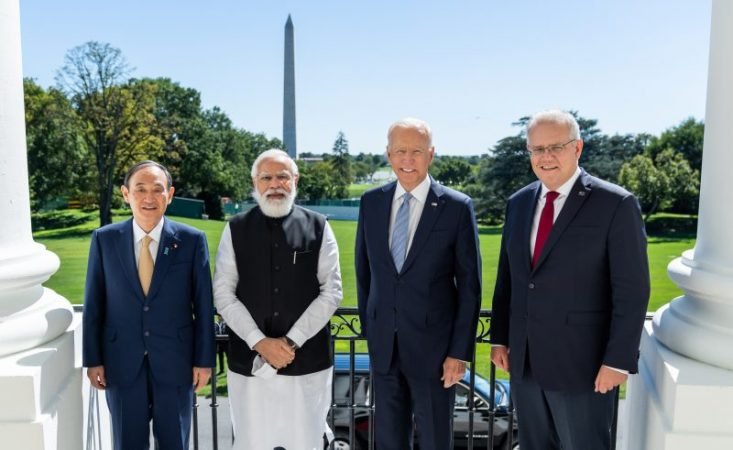 China’s President Xi Jinping is shaping to Taiwan, the tiny island nation like never before. Militarily establishing control over Taiwan is a must for Xi Jinping due to three reasons. First is the promise made by the Chinese Government to the Chinese people of making Taiwan an integral part of China and by that it will also help him remain President for life. Second is a strategic reason that is giving China a massive reach into the Pacific Ocean particularly up to the Central Pacific in order to replace American influence. Third reason is that Taiwan is an extremely rich country with the sixth largest foreign exchange reserve of US$ 543 billion. China has learnt a strategy from the Americans in terms of the Desert Storm during the first gulf war. This strategy is shock and awe. It is well known from Chinese writings that they have studied Desert Storm. China has thousands and thousands of missiles that are arrayed along the east coast of China. So the Chinese in order to have an extremely successful invasion of Taiwan will have all these missiles targeting the Taiwanese military leadership both on the North and South parts of Taiwan. The USA knows very well that if it will not defend Taiwan then it will be established that China is the sole superpower. In this background one does hope that USA irrespective of the physical consequences of a war will step inside to fight China. Once that happens China would prefer to hit Australia much harder than America. This is because America has adopted the posture of first use of nuclear weapons. And any intense conventional bombing done by China on America, might lead to America deciding to launch a massive nuclear strike on China. This will certainly not physically eliminate China because they will be having their thermonuclear weapons that are the most credible arsenal in the form of the SSBNs. So once the nuclear exchange starts there is no looking back for either side. Under the ANZUS security treaty alliance between America and Australia, the Australian soil has got two American intelligence gathering stations in Australia. These stations are Pine Gap and North West Cape. These intelligence capabilities will be definitely used by the Americans to try and get ahead of the Chinese during an ongoing war. So for China it makes strategic sense to use nuclear weapons over Australia. That is before Australia could even think of pre-emptively responding, the whole country might be crippled in a massive nuclear strike. In reality Australia might not be interested in war but the war will be very much interested in Australia. So if Australia quits then it will be the end of their security guarantee (ANZUS). As a result there is no way that Australia can stay out of it, simply because it is a frontline state. Same things will follow for Japan. If Taiwan is physically taken by the PLA Navy it would immediately put Australia very easily in the line of fire. The USA will definitely in the early minutes of a war activate Europe in the form of NATO to take on China. This will in turn provoke Russia to help China. This will immediately become the start of World War (WW) III right from North America to Europe to Asia.

At one point in time the Chinese Navy started as a coastal defence force protecting its shores. It has since then rapidly become a massive group of integrated fleets capable of expanding further like the Indian Ocean Region (IOR). Such activity in the IOR is going on for many years now. But China insists that it is not interested in using all this naval power to dominate the region. According to a Chinese government report released in July 2019 the navy is only there to defend itself, interest and will never try to seek “hegemony, expansion or spheres of influence.”

The problem for India is that it has repeatedly observed Chinese belligerence on its more than 4000 Kilometers land border called the LAC, ever since China occupied Tibet. The most recent escalation was since 5 May 2020 when China amassed a large number of its PLA troops on the LAC in violation of all peace and tranquility agreement that were agreed to by the two countries. So why should India trust China when it comes to its claims that will never try to seek “hegemony, expansion or spheres of influence.”?

So Chinese would definitely like to make IOR as their naval stronghold as they have done in the SCS. It is because global trade passes through Indian Ocean, it means economic prosperity of China will be attained at the optimum level. Also the Indian Foreign Minister recently said that the Indian Ocean and the Pacific Ocean cannot be observed distinctly. The 2020 Pentagon report states clearly that China has the largest navy in the world. The Chinese Belligerence will only increase in the IOR because for a long time China has been funding huge amounts of money into their Navy and continues to do so, in order to make the Navy even more powerful. But if during a WWIII Australia collapses with the Chinese occupying it then the threat to India of a naval war in the IOR will increase exponentially.

Speaking at the Raisina Dialogue, Indian Navy Chief Admiral Karambir Singh highlighted the immense interoperability between the navies of the Quad grouping. So the Navy Chief said “So if an opportunity arises, we have the capability and capacity to come together in almost a plug and play mechanism,”.

Indian Government (IG) needs to get China correct while envisioning the foreign policy. It means not following the Mahan (American Naval Strategist) concept that translates to the diplomatic line taken by the QUAD countries in the form of a ‘free and open Indo-Pacific’. So in an article I published on 17 February 2021, I also wrote “What Quad countries — US, Australia, India and Japan — can do, within their limits, is to divide the Indo-Pacific framework into four areas of responsibility among themselves for maritime patrolling. Japan should take care of the northern part of South China Sea, the US should take care of the Pacific coast up to Malacca Strait, the Australians should look after the Malacca Strait and the Indians should manage the Indian Ocean Region. When the top political leadership of the Quad countries meets, the military should give them a clear agenda on how maritime patrol can be divided between the four countries for the purpose of taking responsibility for the Indo-Pacific region. Therefore, to observe a change in the Chinese behavior, maritime deterrence is the only way of the future.” This deterrence if credible then the chances of China launching war over Taiwan and physically incorporating it into China will become very less. So as I wrote in this article, QUAD in the form of an ASIAN NATO can impose huge cost on China. It is good that AUKUS has been formed as it will

help the QUAD. This will result in stopping a very expansionist China from starting WWIII. In August 1971, India entered into a security treaty alliance with the USSR. Specifically done by India to ensure that China did not dare to create a second front on the LAC, as a result India exclusively focused on the borders with the West and East Pakistan. Result was that in just thirteen days of war with Pakistan, India made history by creating Bangladesh. At the same time, USSR helped India to vacate the American nuclear threat when the US Navy with nuclear weapons onboard sailed into Indian seas. So the USSR at the time sent its own warship to counter, deter the Americans from any misadventure. India’s economic wealth that it earned rapidly after the 1991 economic reforms is due to its trade through the Indian Ocean. So if the Chinese launch a war, India alone cannot match due to a smaller submarine force especially if they shift additional part of their naval forces from Pacific to Indian Ocean. Therefore one has to be practical, India with it main focus in budgetary terms on the continental front cannot afford to spend any more on its Navy in order to have a bigger quantity of submarine force etc. Therefore a rigid belief in strategic autonomy will not help India. Maybe IG thinks that war in the sea is impossible. Even Nehru since 1950s thought China will never launch war on India. So India needs to be very proactive. Right now the QUAD is a diplomatic coalition, which is a big weakness. If things continue on this path then there is no doubt that China will be the sole superpower; without containing China, one cannot ensure the respect for territorial integrity of countries, free trade, and adherence to International Law. Because the Chinese have benefitted the most from a free and open Indo-Pacific region!