Deadlock once again after Israeli elections 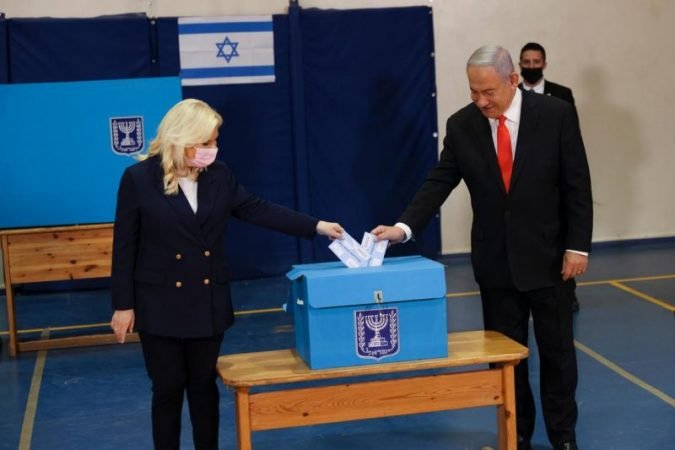 Israelis awoke on Wednesday to find that, after their fourth general election in less than two years, there was still no clear indication of who would form the next government.

Veteran Prime Minister Benjamin Netanyahu’s right-wing Likud party won the most votes, boosting his chances of building a coalition with a majority in the 120-seat Knesset.

But a rival “Anyone but Netanyahu” camp of parties was running neck-and-neck, spelling more uncertainty ahead as the official vote count continues and parties engage in intense horse-trading.

Netanyahu, 71, Israel’s longest serving premier after 12 years in power, had hoped that Tuesday’s election would finally allow him to unite a stable right-wing coalition behind him, after three inconclusive elections since 2019.

He campaigned on a world-leading coronavirus vaccination effort that has inoculated roughly half of Israel’s nine million people, a pace envied by much of the world.

Netanyahu, known as Bibi, also ran on his credentials as a hawkish guarantor of Israeli security who scored the diplomatic coup of establishing relations with several Arab states late last year.

But, once more, Netanyahu was denied a clear-cut victory, even through his Likud scored more than 24 percent of the vote and handily beat its closest rival, the centrist Yesh Atid, at about 14 percent.

Analysis by state broadcaster Kan showed that, with close to 90 percent of ballots counted, the combined strength of the declared pro-Netanyahu parties was 52 seats while those seeking to end his long reign commanded 56.

This leaves both camps short of the 61 seats required to build a government and in search of more partners.

The kingmaker, down the road, could be the hard-right Yamina party led by Netanyahu’s estranged former protege Naftali Bennett, which by Kan’s projection won seven seats.

Bennett, a multi-millionaire former high-tech entrepreneur who made a name in politics with hardline religious-nationalist rhetoric, has so far not declared which way he will jump.

Netanyahu on election night hailed a “huge win for the right” and said he would welcome all comers to a future coalition.

“I will reach out to all elected officials who share our principles,” he told supporters. “I will not exclude anyone.”

The premier effectively declared that “from this night onwards I’m starting to look for deserters from the other blocs to bring them to my bloc,” said Dekel.

A Netanyahu coalition would also require alignment with a new far-right extremist alliance called Religious Zionism, which is projected to win six seats.

Among its most controversial figures is Itamar Ben-Gvir, who has voiced admiration for Baruch Goldstein, the murderer of 29 Palestinian worshippers in Hebron in 1994.

The anti-Netanyahu camp, meanwhile, also remained hopeful in its quest to form what it called a “sane government”.

“At the moment, Netanyahu doesn’t have 61 seats,” he told supporters in Tel Aviv.

Lapid said he had “started speaking to (other) party leaders and we’ll wait for the results but we’ll do everything to create a sane government in Israel.”

Netanyahu is the first Israeli prime minister to be indicted in office after being formally charged last year with corruption, an allegation he denies.

He has said he will not block the trial and looks forward to being exonerated, but critics suspect that if he forms a majority, he may seek parliamentary action to delay or end the process.

Tuesday’s vote was forced on Israelis after Netanyahu triggered the collapse of a unity government he had formed last year with former military chief Benny Gantz, his main challenger in three previous, inconclusive elections.

Gantz, currently the defence minister, is projected to win eight seats — beating expectations but still a sharp fall from a year ago when he was Netanyahu’s main challenger.

Gantz said last year he only agreed to a unity government to give Israel stability amid the Covid-19 pandemic.

But now Israel’s political scene is, once more, in turmoil.

If Netanyahu can’t reach a deal with Bennett and his opponents cannot unite, a fifth election is possible.