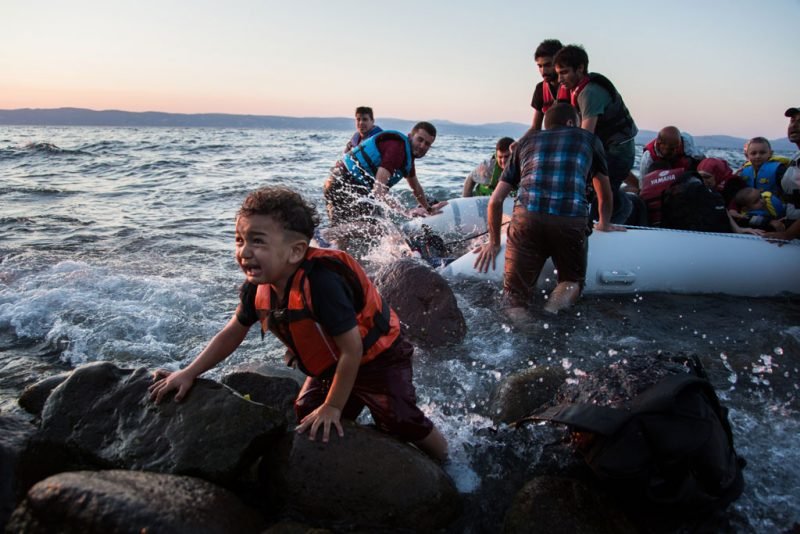 “Use your own property in such a way that you do not injure that of another”. This maxim[1], regarding a limitation to states’ sovereignty, incorporates a cardinal principle enshrined in both the Civil and Common Law systems, and more broadly, in the customary international law. This limitation, also called “the principle of good neighbourliness” in international environmental law, applies to activities within a state territory that may harm other states. The principle places on states two types of erga omnes obligations: the first is the positive obligation of due diligence (behaving as a bonus paterfamilias in Roman law), the second is a negative obligation not to cause environmental harm, or as John Stuart Mill would call it: the “harm principle”. A liability ex delicto would arise as a legal consequence in the case of transboundary environmental harm, such as climate change. We could ask then to what extent individuals and institutions must be held responsible for climate change and its consequences, among them migration. A reasonable approach would be to the extent they causally contributed to the problem. However, the backwards-looking responsibility sometimes excuses agents’ actions that were not entirely voluntary, as Aristotle already argued in his Ἠθικὰ Νικομάχεια[2].

Public’s awareness of human activity as a driver of climate change, with the last being the major contributing factor to the environmental change in lato sensu, dates back to the 1980s. In 1988 the NASA scientist James Hansen gave testimony to Congress, alerting the danger of global warming. As a result, the media and the public started paying closer attention to the causes and effects of climate change. The year after (1989), the United Nations established the Intergovernmental Panel on Climate Change (IPCC). From these moments on, we could consider some actors ascribed of forward-looking responsibility for climate migration, especially the more developed countries (MDCs). This is because their greenhouse gases (GHGs) emissions, for the most part attributable to past and present industrialization, are altering the climate system’s energy balance, leading to a variety of natural disasters occurring for the majority of the time in less developed countries (LDCs). To the occurrence of these natural disasters, climate-induced migration as adaptation strategy is predicted to be inevitable.

With global warming increasing the planet’s temperature, so does the probability that European countries will face a massive wave of climate migrants. According to recent World Bank estimates (Groundswell, 2021), climate change could cause 216 million climate migrants by 2050 if no further action is taken. However, the report also states that climate-driven migration could be reduced by almost 60-80% if governments as soon as possible cut their greenhouse emissions and create resilient and inclusive development plans for each phase of the climate migration to ensure positive adaptation. Despite these predictions and the spread awareness that climate change significantly impacts migration patterns, “climate migrants” do not fulfil the legal definition of “refugee” provided by the 1951 Refugee Convention (UNHCR 1951) and its 1967 Protocol, and thus are not entitled to receive international protection.

Europe is the third largest emitter of GHGs. If we want to undertake a fitness check of the European legal migration acquis, some complementary mechanisms from the current EU policy instruments could be applied to address the challenges posed by environmentally induced migration. With the Tampere EU Council in 1999, the belief that a successful immigration policy required the action of both an internal and external policy dimensions spread. As a result, the EU started developing the so-called “external dimension of cooperation on immigration and asylum” in order to manage migration through cooperation with the third origin or transit countries and an internal set of law (“internal dimension”) for third-countries nationals.

The EU external migration and asylum policy are laid down in the overarching framework of the Global Approach to Migration and Mobility (GAMM), launched by the Commission in 2011. However, according to this framing, the issue is delegated at the local level of affected countries through mostly development cooperation measures and humanitarian assistance, which can be considered “palliative” in nature as they do not address the roots of climate migration. The most important external measures that could be applied to climate-induced migration are Mobility Partnership, Regional Development and Protection Programme, and the EU development and humanitarian aid policy.

With regard to the internal dimension, we find in the Common European Asylum System (CEAS) the subsidiary and temporary protection contained respectively in the Qualification Directive and the Temporary Protection Directive. Other measures that could be applied are provided in the Return Directive, the work immigration rules, and in some Member States (MSs) legislation.

The Qualification Directive (2004/83/EC) regarding Subsidiary Protection, ensures that the Member States apply the same criteria when identifying third-country nationals (TCNs) or stateless persons as refugees or as persons in need of international protection. There is a possibility that Art.15 (b) of the Directive could include the case of subsidiary protection for climate migrants as it states that the people eligible for protection are also those experiencing “inhuman or degrading treatment”. Among the obstacles to the application of Article 15(b) Qualification Directive, there is the fact that it applies only to people already present in the EU MSs, at their borders or in their territorial waters. Thus, it is very likely that climate migrants will have to resort to irregular means to access or stay in EU territories. In addition, persons who obtained subsidiary protection after an environmental disaster could potentially lose it in the case the situation eased in the country of origin.

The Temporary Protection Directive (Directive 2001/55/EC) was established to provide a concrete and urgent response to the mass influxes of displaced people following conflicts in former Yugoslavia and Kosovo during the second half of the 1990s, as the Modern Diplomacy (among others) was extensively reporting in the past. While the Qualification Directive grants protection only to the cases cited in an exhaustive list, Temporary Protection’s stipulation of Art.2 (c) ii may be interpreted more broadly to include environmentally displaced individuals, as it applies also to “persons at serious risk of, or who have been victims of, systematic or generalized violations of their human rights”. Nevertheless, this Directive has some limitations too. According to its Art.1, the protection is applicable only in the case of mass influx, and the Directive does not provide a well-delineated mechanism of protection but leaves broad discretion to the MSs; it is only stated that they should offer residence permits for the entire duration of the protection and reduce formalities to the minimum because of the urgent situation (Art.8(3)). In addition, until the Council has to establish whether or not a mass influx of displaced persons exists by a qualified majority after a Commission proposal (Art.5), “the adoption of the mechanism will be hardly used, as the case of failed attempts of invoking the application to individuals coming en masse from Libya (2011), Tunisia (2011), Ukraine (2014 & 2022) and Syria (from 2011), Afghanistan (2021) already showed us” – claims one of the most prominent experts in the field dr. Djawed Sangdel. He further predicts that “the lack of activation of this mechanism even in the context of the Arab Spring and other conflicts in the larger Middle East, its lengthy, and the strenuous political process needed, renders even more very unlikely its application with regard to environmental displaced people”.

In the case of absent international protection, Art 2 or 3 of the European Convention on Human Rights (ECHR) could still prompt the non-refoulment provision enshrined in the Return Directive (EU RD 2008/115/EC). This Directive defines common standards and procedures that MSs must apply for the return of illegal immigrants. According to Article 5, when implementing the Directive, MSs shall respect the principle of non-refoulement, and according to Article 9(1), they shall postpone removal in the case it violates the principle. If a natural disaster hits a country, MSs could then apply the non-refoulment principle.

Some climate migrants could also levy labour migration to reduce displacement. However, the “Blue Card Directive” of 2009 only covers highly qualified employees with a relevant salary threshold. On the other hand, the “Seasonal Migrant Workers’ Directive” adopted in 2014 could be used as an adaptation strategy, but still, it lacks the sufficient human rights guarantees needed. Furthermore, primary law (TFEU) leaves MSs the right to control the number of workers admittable to their labour markets. Thus, whether a climate migrant can make use of labour migration as an adaptation mechanism to escape the environmental degradation in the origin country is highly dependent on each EU national government.

At the Member States level, only Italy, Sweden and for certain aspects Finland, went beyond the obligations required by EU and International law. They were provided with a specific protection status related to climate change and natural disasters reasons for third-country nationals who cannot qualify for refugee status or subsidiary protection status. However, the provisions in Finland and Sweden were eventually temporary repealed after the huge migration flows in 2015-16.

So far, the European Union policy approach to the phenomenon of climate migration appeared to be more reactive rather than proactive. After reviewing the current European legal framework status quo, we can affirm that it is characterized by a legal impasse in protecting climate migrants.

Currently, in the European acquis, there is no specific instrument applicable to the facti species of climate migration. “Climate justice” consideration is also missing. One possible reason could be that the external dimension of the EU migration policy in the form of development cooperation, and humanitarian aid has been prioritized. Since it is implausible that climate migrants will be granted protection under the Geneva Convention at the international level, the EU should start acting autonomously. It could initially create a more coherent complementary protection regime and use those already developed by its Member States (especially Italy, Sweden and Finland) as a sample. In addition, the Lisbon Treaty gives the necessary grounds for revising the asylum and immigration policy, and this could include an ad hoc regulation for environmentally dispersed people.