Islamic Republic, not Islamic Emirate is needed in the UN 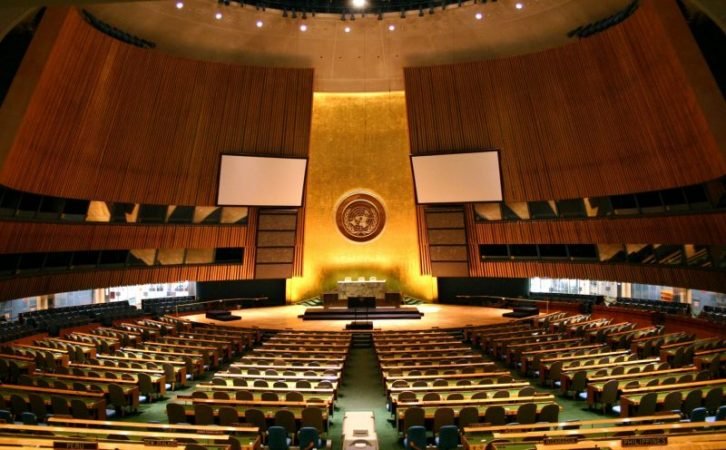 The United Nations General Assembly is convening in New York, and this year world leaders are assembling to address the General Assembly, something that was missing last year as the format became virtual due to covid19. As world leaders and their delegations engage with their counterparts from various countries on bilateral, multilateral and plurilateral formats, the UN Secretary General’s Office received an expected but unpleasant letter. The Taliban has sent a letter to the UN Secretary-General seeking replacement of Ghulam Isaczai, the Islamic Republic of Afghanistan’s ambassador to the UN with Suhail Shaheen as the UN ambassador from the Islamic Emirate of Afghanistan (IEA). Not only that, the Taliban has also requested the UN to provide a stage to its Foreign Minister Amir Khan Muttaqi and allow him to address the General Debate as the rightful representative of Afghanistan.

Suhail Shaheen is the spokesman of the Taliban for its Doha political office. He, along with Zabiullah Mujahid, the spokesman for the Islamic Emirate of Afghanistan has been the face of the Taliban in the international media and worked extensively in providing false promises and fake guarantees. Shaheen and Mujahid worked copiously to present the Taliban as a softer, open and more accommodative organisation while in reality, it is turning out not to be. They both were instrumental in developing a perception among international circles that the Taliban has changed, has reformed and is willing to work with the international community for a stable, peaceful, open and prosperous Afghanistan. Shaheen had repeatedly asserted over the years that the Taliban would form an inclusive government. The same was repeated by Mujahid on August 29, 2021. Not only was the government exclusive, with an overly Pashtun-dominated council of ministers and no woman in it, but Mujahid later snubbed those calling for an inclusive government, something he had previously promised. The Foreign Minister, Muttaqi who aspires to express his views on the floor of the General Assembly is blacklisted on the UN Security Council Sanctions list (TAi.026).

The new cabinet of the IEA has at least 14 members on the UNSC terror blacklist which includes PM Hasan Akhund, Interior Minister Sirajuddin Haqqani, Defence Minister Mullah Yaqoob, Foreign Minister Muttaqi and his deputy Sher Mohammed Stanizkai. The Taliban had promised an inclusive government, education and working rights for women, protection of journalists and offered amnesty to the former Afghan government employees and soldiers. But the Taliban quickly went back on its words. The government formation was exclusive, women workers were expelled out of banks and were given orders to stay at home and girls and female teachers are barred from attending secondary schools. There have been reports of attacks on journalists, killings of their relatives and retributive attacks on former Afghan government officials and commandos, including their families.

The United Nations should not give a platform to the leaders and appointees of a regime that has grabbed power at the point of the gun and is indulging in grave human rights violations. The world has rightly refrained from recognising the new regime in Kabul and any recognition by the UN would not only have a cascading effect on the global community that is reluctant to deal with the terrorists in Kabul but would also send across a message that what is happening in Afghanistan is manageable and acceptable. The barbaric and medieval act of Taliban terrorists shooting dead an eight-month pregnant ex-Afghan policewoman in front of her family, the refusal to allow the burial of Rohullah Azizi and accusations of using Panjshiri civilians as shields for clearing landmines are clear violations of the Universal Declaration of Human Rights and various other conventions like the United Nations Convention against Torture, the Convention on the Elimination of all Forms of Discrimination Against Women (CEDAW), the Declaration on the Rights of Persons Belonging to National or Ethnic, Religious and Linguistic Minorities, the Convention on the Rights of the Child, the International Covenant on Civil and Political Rights, the International Covenant on Economic, Social and Cultural Rights etc. If that were not enough, the new regime has banned Afghan women from participation in sporting activities and imposed a ban on music, women on TV and radio channels in Kandahar which can soon see a nationwide implementation. The Taliban has embarked on establishing a repressive and ultra-conservative authoritarian theocratic regime that will marginalise women and ethnic and religious minorities irrespective of international concerns. Allowing the floor of the UNGA to be abused by militants and terrorists will be an open challenge to the sanctity of the UN and its cherished principles. Afghans who have been forced to seek refuge outside of Afghanistan or who have been internally displaced, as well as those who have suffered as a result of Talibani actions, look to the UN for assistance in ensuring that the Taliban is not allowed to rule with impunity and legitimacy. The UN should not abandon its responsibility towards the people of Afghanistan. The proposal to get Shaheen in New York should be discarded by the credentials committee without indulging in deep deliberations due to the narrow vested interests of some of the participating countries. The US has frozen Afghan Central Bank’s assets worth $9.5 bn but questions should be posed to countries like China who have announced financial aid to the new regime, thereby rendering the efforts to cut funds for the terrorists ineffective. Those countries who seek to provide monetary aid to the Taliban under the garb of humanitarian assistance should be asked the reason for their reluctance to direct aid and supplies through the UN programme. The spirit showed by the International Paralympic Committee in standing with the Islamic Republic of Afghanistan by representing its flag in the Paralympic opening ceremony on 24 August should be continued by all multilateral organistations around the world.

As expressed by Antonio Guterres, the UN Secretary-General, the only leverage the UNSC has to make the Taliban relinquish their regressive path lies in international recognition, and the world should exploit it fully to secure an Afghanistan that functions as a modern and progressive 21st century nation.