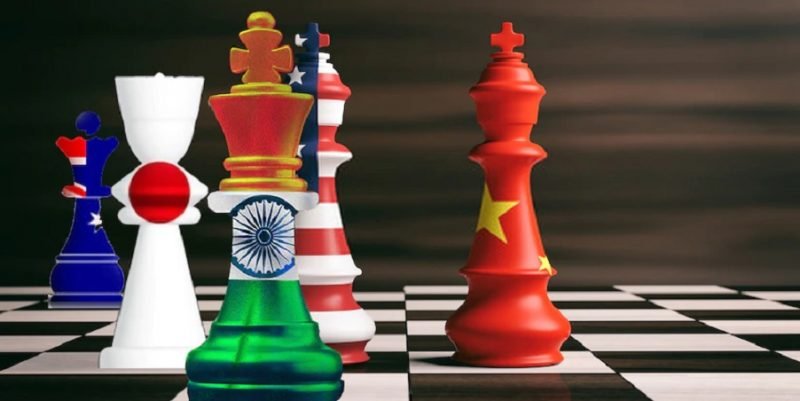 Foreign minister, S Jaishankar in his book The India Way: Strategies for an Uncertain World, has put forward an understanding of the official mindset of India amid the anarchy and uncertainty that has been at the bottom of global politics. He realistically has dealt with the challenges that stem out of the uncertain nature of the world order and is realistically optimistic to use that for India’s advantage. It is the elucidation of India’s vision of itself and its behaviour in global politics by broadly staying committed to the guiding principles like India’s own tradition of avoiding extreme strategic and political behaviour. It also sticks to the basic foreign policy objective with a focus on multipolarity and multilateralism defined by the famous dictum of ‘looking East and thinking West’ and a multipolar world is likely to provide greater diplomatic room for manoeuvring and thus help avoid the high costs of pursuing a policy or interest.

An international environment that is embroiled with US-China rivalry and tectonic shifts in geopolitics of West Asia, the Maritime posturing in Indo Pacific particularly in the South China Sea and Indian Ocean Region. The debate of a New Cold war between the US and China is already being discussed amid the massive geopolitical transformation. Since uncertainty is the bottom-line of an anarchic world, the states by default go for balancing the capabilities rather than intentions of other states as put forward by John Mearsheimer in his seminal work ‘The Tragedy of Great Power Politics. It is this environment that produces challenges as well as opportunities for any state to conduct its affairs and India isn’t any exception. What makes India’s position important is the fact that it is considered to be a significant player in the affairs of the world and is placed relatively better at the high table of global geopolitics, manifested by its substantial involvement in some major global and regional arrangements.

A country with a large economy, robust bilateral relations both strategic and economic with major powers that are highlighted by Michael Kugelman, writer of Foreign Policy’s weekly South Asia Brief, that India’s pursuit of treaties has become a bellwether of its broader foreign policy trajectory.

India is a responsible nuclear power with a commendable military strength, its cultural ethos, the marvel of democracy and a leadership that is willing to walk the tight rope and last but not least, its tremendous geostrategic location at the head of the Indian Ocean thereby sharing a large coastline and sea lanes…..

Strategic Autonomy as a framework and a way forward to exploit the possible opportunities that are brought by the convergence of interests across the geopolitical chessboard. This new thinking manifests itself wherein the foreign policy is a force multiplier to enhance Indian global footprint and presence with a resolute focus on leveraging the external environment to address bilateral imbalances.  Hence Indian grand strategy in an uncertain world requires advancing national interests by identifying and exploiting opportunities created by global contradictions, so as to extract as many gains from as many ties as possible along the way to expand its national capabilities.

In the turbulent times that the world has caught up with, India must reach out in as many directions as possible and maximize its gains. Since turbulence isn’t new to International Politics and countries do align if and when the situation demands. Even India did align with the United States in 1962-63 and the Soviet Union in 1971, despite the NAM framework in place argues Tanvi Madan, a senior fellow at the Brookings Institute. An international system where fractures run deep and challenges multiply every moment, the skill set to synchronize with those challenges must be and have been taken care of. India hasn’t historically shied away from getting into any alignment as Professor C Raja Mohan; Director of the Institute of South Asian institute argues that India has aligned with states when the Realpolitik and its interests demanded as it was done in Non-Alignment years.

India has successfully managed to deal with the Multi-alignment and geostrategic balancing by positioning itself well vis-à-vis US-China rivalry and engaging with other important actors of the global politics both institutionally and in theory. India’s quest for ‘free, open and inclusive Indo-Pacific helps it place itself at the heart of the geopolitical and geo-economic discourse. So has the policy of De-hyphenation made the foreign affairs do checkmate when necessary and treat every issue on merit, as the typical case of engaging with Israel, Iran and Saudi Arabia.

The bedrock of Strategic autonomy is ‘self-reliance’ that borders on defence Indigenization and being self-reliant in other domains as is the case with the Covid-19 vaccine and the 5G technology. There is a need to catch up with the transforming realities in a multipolar world and Aatmanirbhar (Self-reliance) is the key to fulfil the needs. This is what will make Strategic autonomy the norm in India’s foreign outlook and also help it shape and contribute to the world of International relations.

Quoting Mr HarshVardhan Shringla, Indian foreign secretary, in his outline on broader parameters of India’s diplomacy, maintains that goal of foreign policy is not only security and the interests of the state but also striving for the larger good of the world because for India world is one as highlighted by its endeavour of ‘Vasudeva Kutumbakum’ that world is one family and Indian diplomacy will keep pushing for global good and India will continue to strive and be vocal for reforming global institutions like UNSC, WTO and will actively push for climate framework for its quest of green energy. One of the important foreign policy focuses will be striving for the values of democracy and an open society.

The present shift in foreign policy represents the new aspiration ‘New India’ is up to for its rightful place at the high table of geopolitics by even punching above its weight if it demands so. As Mr Jaishankar summarizes it, “this is a time for us to engage America, manage China, cultivate Europe, reassure Russia, bring Japan into play, draw neighbours in, extend the neighbourhood, and expands traditional constituencies of support to ensure greater prosperity at home, peace on the borders, protection of our people and enhancing influence abroad. As Samir Saran, a noted strategic analyst articulates, as a leading power, India must look beyond raw indexes of economic, political and military might, and craft a consensus that is consistent with its ancient and historic view of the world.