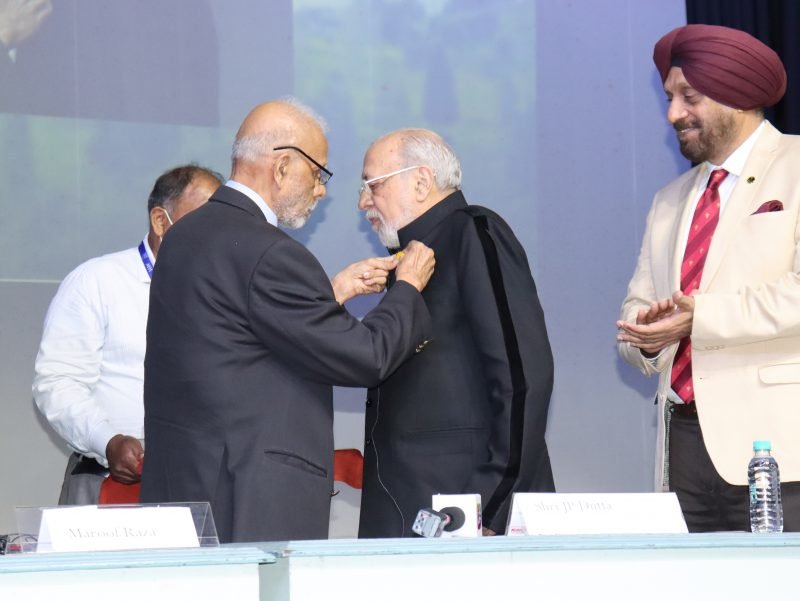 The session was chaired by Lt Gen PJS Pannu, in conversation with his long-term old comrade from the forces Lt Gen Maroof Raza and eminent producer, director and filmmaker Shri J P Dutta. Reflecting on the 1971 Bangladesh war, Lt Gen Pannu recalled his memories etched as a freshly commissioned officer in the Marathas in 1979, on his perceptions of war and patriotism. The sacrifice by the battalions cannot be reinstated through the number of gallantry awards won by the regiments. The medals cannot reimburse the loss of martyrs, the people who gave up their everything for a better future for others.

J.P. Dutta was a pioneer as an Indian filmmaker, who had been working on the sense and taste of military at its best, constituting a trilogy of the wars fought since 1962, bringing the concept of war to the hearts of people. His films have sparked an interest amongst the youngsters to dream of a military career, less explored in those days, and who later went on to become the military marvels and is still serving in the army in the frontline. JP Dutta expressed that his selection of characters to be showcased in the film, simply weighed on the basis of emotional connotation more than judging the relevance of a gallantry award. From visiting the units, asking the Commanding officers with after-action reports, researching his bit and finally scripting the ultimate storyline to recreate the war anecdotes.

Lt Gen Maroof Raza highlighted the importance of putting forward a story in a crisp manner that adheres to the facts as well as portraying the objective of the film. The idea of making documentaries is to revive untold stories amidst the common men, pay homage to both heroes of valour and unsung heroes as it is a common attitude to remember the gallantry awardees. There are a lot of times, unsung heroes are not paid their due credits for their actions, who went way beyond their call of duty, probably the only way for netizens to figure out, are the names etched in the war memorial.

Contribution of Indian Cinema in Infusing Patriotism – Valley of Words 2021