Stories of valour: 1971 — The war which shaped the subcontinent [Event] 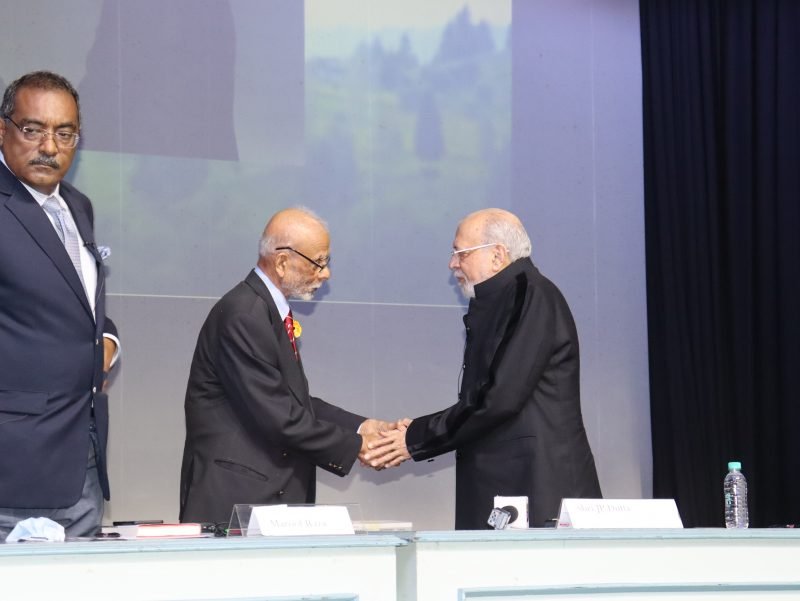 Here are the excerpts from the session titled “Stories of Valour”

Narration of stories of valour by Maroof Raza

In this session, Mr Maroof Raza narrated several stories of the valour of the Indian armed forces during the 1971 Indo-Pak war. First, he began by speaking about the Battle of Hilli, which was fought for 19 consecutive days in 1971 in erstwhile East Pakistan. It was a classic example of defence in the history of modern warfare. The battle was the bloodiest fighting in East Pakistan. Then he discusses Operation Trident, an offensive launched by the Indian Navy against Pakistan’s port city of Karachi.

After this operation, the Pakistani side was devastated. The Battle of Longewala, fought during the Indo-Pakistani War of 1971, followed. Mr Raza spoke about Major Kuldip Singh Chandpuri and his brave band of soldiers who led the defence against Pakistani forces at the Indian border post of Longewala. While speaking about the Chachro Raid of 1971, he highlights how Para Commandos brought India victory during the Desert Raids of the 1971 War. During the 1971 war, this successful operation led by Lt Col Bhawani Singh established the Indian Army’s dominance in the desert. Next, the distinguished efforts of Bangladesh Liberation War hero AVM Chandan Singh in the armed forces are highlighted, which earned him the Vir Chakra during the Sino-Indian War and the Maha Vir Chakra during the 1971 Indo-Pakistani War. The tale that followed was about Captain Mahendra Nath Mulla, who chose to go down with the ship after it was hit by a Pakistani submarine during the Indo-Pak war of 1971.

During the same war, Ian Cardozo chose to cut off his leg with a Khukri after accidentally stepping on a landmine. Then he goes on to praise the bravery of Flying Officer Nirmal Jit Singh Sekhon, who was posthumously awarded the Param Vir Chakra for defending the Srinagar Air Base alone during the 1971 Indo-Pakistani War. In his final story of valour for the session, Mr Raza mentions the Battle of Basantar as one of the crucial battles fought in the western sector of India during the Indo-Pak War of 1971. Indian troops defeated Pakistan in a hard-fought battle, securing Indian territory in the Punjab/Jammu sector. While concluding his session, Mr Maroof Raza discussed his upcoming book, The Contested Lands (India-China border dispute), which will soon be available for sale to the general masses. The book is very comprehensive and contains detailed accounts of the India-China border disputes since the beginning of the 1900s.