What Abe meant for Japan? What Suga can offer! 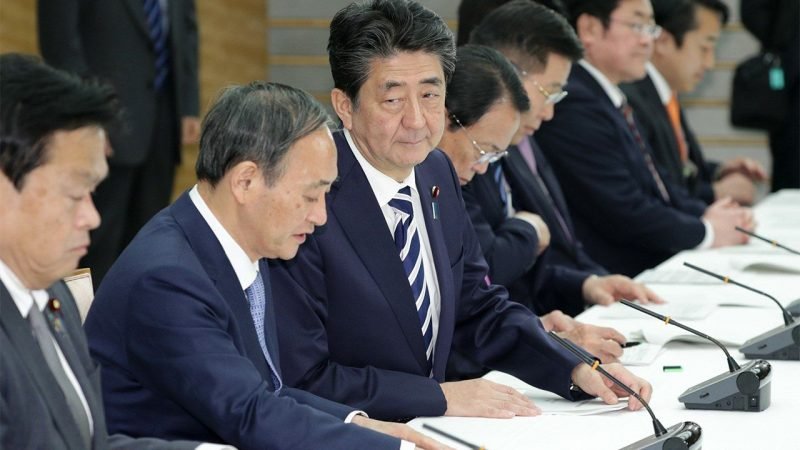 With a deep bow, the longest-serving Prime Minister in the history of Japan, Shinzo Abe step down yesterday, due to ill health. 65 years old Abe hanged his boots in active politics after a long political journey as he became the youngest (52 yrs) PM in the history of Japan. His resignation is a surprise in the COVID phase for Japan as the Liberal Democratic Party (LDP) coalition has to find a new prominent face for further leadership.

Abe’s three tenures can be seen in many ways but the right spectacle will be ‘policy decisions’ taken by LDP in his chairmanship. His first term started in September 2006 after landslide victory (464/702 votes) in party presidential elections as 90th PM of Japan. In his inaugural address, he explained his vision for “a beautiful country” – which is filled with vitality, opportunity & compassion, and open to the world. He landed in China for his first official visit, to strengthen the strategic relationship of mutual benefit. On the same day, he called South Korean President, to slam North Korean nuclear adventurism. He demanded an unconditional return to the Six-Party Talks, discontinuance of ballistic & nuclear tests, and immediate settlement of abduction issue. In total, Abe’s firm footsteps on foreign policy strengthen Japan’s position in East Asia.

LDP’s post-war dream to amend the constitution, for Japan to be released from the politically imposed doctrine in the post-war period, gloomed under Abe’s leadership, as this was one of the founding principles of LDP. New PM Yoshihide Suga is a shadow in all these decisions and framed several key policies for LDP from last two decades.

On the economic front, Japan was on the verge of economic slowdown led by poor consumption rate and surplus amount of FII in the cycle. To make Japan more resilient to external shocks, Abe tried to promote exports of finished goods to emerging Asia by establishing a region-wide free trade arrangement. To promote domestic demand, the social protection system strengthened so as to reduce households’ uncertainty for the future. In the same way, Suga has an opportunity to continue the policies of LDP, and for sure he will follow. As the Chinese markets are hitting Japanese interests in South Asia, South Korea is another catching up competitor Japan felt in waters of Pacific.

Fiscal policy and economic strategy amid deflationary pressure over Japan was felt by Abe earlier but in the times of COVID, Suga has pre-chalked plan to follow up. Bank of Japan started pouring money in the markets from last 6 years and recently from last 2 years. The amount of loans they can bear comparative to per capita GDP is already touched its threshold. Suga’s quick visit to South Asian nations in his first leg of trips faced tough negotiations on import policies. ‘Suganomics’ also has to rely on fiscal stimulus and ease in market restrictions.

There is no doubt over the fact that he clinched trade deals with a number of nations throughout the world including India but haunted in the second tenure with the RCEP initiative led by a key ally in pacific i.e. United States of America. Plans to go beyond 1% of SDF expenses led criticism to the extent that LDP feels jolt in some provincial elections thereby.

Unlike PM Abe, PM Suga has an opportunity to more focus on South Asia unlike USA and China. In a specific manner Suga can offer –

PM Suga has to understand that ‘You don’t win elections on foreign policy’. He’s got to prioritize reforms in Japan as he’s got to deal with the COVID virus. Soon the provincial elections will come up in a year and he has to maintain the majority in the lower house. He has enormous pressures on him which means those that want to push him into Japan taking a smaller role on the world stage are going to have a great opportunity. PM Suga and PM Abe both worked on it from last eight months in co-ordination and they succeeded somehow till date.

Abe cultivated energetic relations with key regional powers in Asia for Japan and global players like USA & France in large. PM Suga will focus on middle players more and will wait for collaborations in their periphery. Due to the direct confrontation and inabilities of dealing nations, Japan already stuck in several mega investments in Asia and beyond. Eastern Africa is one such destination too. Japanese ODA and Line of Credits to the friendly countries are not that productive as it is for South Korea and China. PM Suga also has to revive its distribution as well as the destination, for favouring nations of utmost importance.

Experts around the world predicted that there will be no major difference between the working of PM Abe and PM Suga as both are the mirror images of the LDP policy framework. But it will be a gruesome fact that Suga will not be as disruptive as Abe was. The ability to take unconventional decisions with such great intent makes Abe a fearless leader. PM Suga is a planner first, executor at second.

Abe was really evident and sceptical about the change in the security domain of Japan. He took steps to alter the dependence on the USA by starting self-dependence in SDF. He was willing to force the doors to search for possible opportunities available in Indo-Pacific. One must believe that PM Suga is not that assertive as Abe was. PM Suga will lay the foundation of long term cemented plans but unfortunately, he won’t have that much time as PM of Japan, as required for his megaplans.

Japan has a very unique pattern of elective democracy which requires continuous results in quarters. I fear, PM Suga’s bureaucratic approach to make things happen, will tag him low performing Prime Minister for Japan. But also trust on his shifting goal strategy which may pour positive results for him in domestic politics.