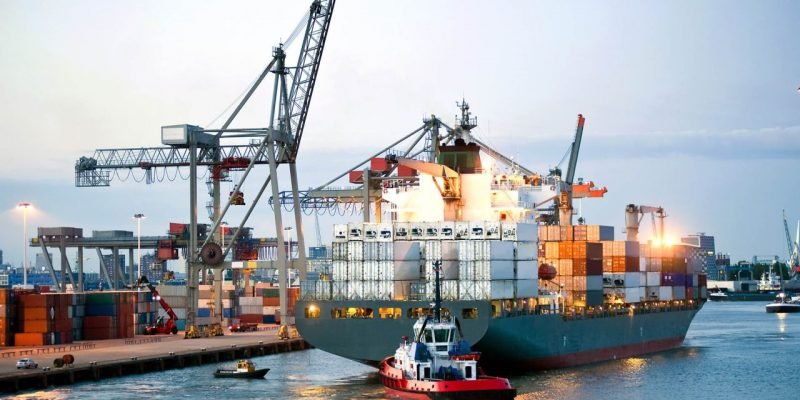 In the ‘50s in order to support their home country made products and to promote industrialization and economic growth, it was believed by many economists that policies to restrict imports; import substitution is the best thing they could do. But sooner, in the middle of ‘60s they realised the negative impacts of such policies even among their own proponents.

The idea of import substitution emerged shortly after World War II, when many economists believed that the prospects of developing countries achieving economic growth through trade were slim.

The patrons of Import Substitution believed that for developing countries in order to promote domestic industries, protect them and reduce their dependence on foreign trade they

should discourage imports of manufactured goods

As a result, by the mid-1960s scepticism about the idea grew and its support faded.

But still, there were some economists who, after knowing and realising everything, continued to believe that import substitution could be beneficial if implemented properly. Notably, they did not advocate any significant reforms to developing-country trade policies that would mark a shift toward an export promotion strategy.

Balassa—began to document the economic costs of import substitution and point out the benefits of a more outward-looking, export-oriented approach to trade and development. This shift in economic opinion from import substitution to export promotion (or outward orientation) began in the mid-1960s and later became enshrined as part of what John Williamson called the “Washington Consensus” of the 1980s.

Other Development Economists on Import Substitution

Other development economists believed that free trade was not the right policy for developing countries, but they had surprisingly mixed views about import substitution.

Myrdal was a critical supporter, Nurkse was sceptical, Lewis was implicitly supportive, and Hirschman was downright dismissive.

Even in his book Economic Theory and Under-Developed Regions and elsewhere, Myrdal attacked “the logically untenable and fallacious doctrine of free trade.” In his view, “the

advice underdeveloped countries are not often gratuitously given to abstain from interfering with foreign trade, and from tampering with the foreign exchanges is in most cases tantamount to advise not to bother about economic development.” He emphatically rejected using market prices as a way of judging how resources should be allocated because those prices, in his view, did not reflect true social costs.

But, although he rejected free trade as a guide to policy, he never dismissed the importance of exports. In An International Economy, he also argued that “an underdeveloped country has powerful reasons for maximizing the total value of its exports; for its ability to export will

always be the main determinant of its capacity to import capital goods which it needs in order to build up, inter alia, its manufacturing industries.” Therefore, “the proper approach to

exports for an underdeveloped country would seem to be in the nature of a general and uncomplicated policy of export promotion,” specifically if such a policy would help variegate exports did not trivialize or make light of imports because at that time developing countries were in serious need of acquiring foreign capital goods. And, the feeling was because underdeveloped countries were short of foreign exchange earnings and the market could not be trusted to allocate scarce foreign exchange appropriately, so government authorities had to intervene to “give free entrance to capital goods but clamp down on imports of consumption goods and, in particular, luxury goods”. But, again Myrdal argued that: “in order to push its development, an underdeveloped country will normally be bound to restrict imports of

consumption goods in order to devote as much as possible of its available foreign exchange to buying capital goods.”

In many Latin American countries, Prebisch (Economists) observed, import substitution “has been carried out with very serious flaws.”

well-thought-out development strategy but often the result of emergency measures designed to cope with short-run balance of payments difficulties. Although he did not question the merits of import substitution in principle, still he wondered whether such policies had gone too far in practice and were having a detrimental impact on exports and stated:

equal incentives……. By subsidizing substitution production rather than production intended

for new exports (industrial or primary), export opportunities have been lost which, had they been properly used, would have reduced the scope of substitution policy or made more rapid economic growth possible.”

Besides this, he also warned of “exaggerated protectionism” and argued that “the development of industrialization in watertight compartments has created vested interests and prejudices

which oppose reciprocal trade without taking account of the serious effects of such an attitude on economic development.”

countries were confronted with a secular deterioration in their terms of trade or suffering from significant disguised unemployment.

In their view, theories purporting to show how developing countries were losers from trade

were vague and imprecise. They questioned whether trade restrictions necessarily followed as the right policy even given the assumptions made by advocates of import substitution.

The mid-1960s also saw the concept of the “effective rate of protection,” popularized by Max Corden, and it became a widely used framework for calculating the impact of tariff structure on industry value-added. For developing countries, such calculations tended to reveal high

and highly variable effective rates across industries, unrelated in any apparent way to which industries might merit promotion on efficiency grounds.

In the 1950s, the idea that developing countries should pursue a policy of import substitution was in vogue among thought leaders in development economics. But even the leading proponents of the idea were hardly unqualified advocates of the policy. The decline of import substitution as a policy idea accelerated after studies dating from the mid-1960s took an

empirical approach to quantify the impact and cost of import restrictions. Of course, import substitution as a policy lasted much longer, in many countries well into the 1980s when the debt crisis began to force major adjustments in policy.

course of the 1950s from saving foreign exchange to promoting industrialization. And the debate over such policies continues to this day..