‘The Other Side’ of a Vibrant and Rich Culture 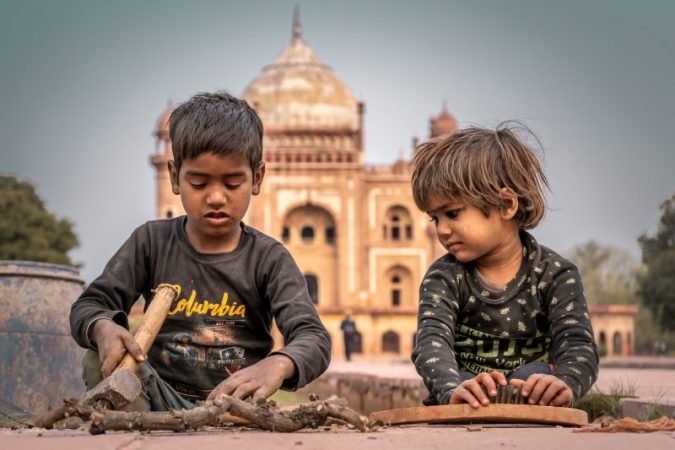 With two decades forward in the 21st century, the world has many milestones and advancements in its kitty – both in the economic and social spheres. There are significant achievements made in the elimination of poverty, hunger, gender discrimination, literacy, education, human rights & whatnot. South Asia is one region which is has delivered progress and established itself as a promising leader of tomorrow. Despite this, the region has manifested some deep-rooted issues & the underlying cause is to be found in many factors including the cultural dimension. Bias faced by a particular segment of the society, the cultural and ethnic diversity of the region and the ingrained disputes between the communities lasting since the colonial era are more or less significant contributing factors for the backwardness of the region.

The region spans from the Himalayas in the north till Maldivian equatorial climatic beauty in the south and from Afghan valleys in the east till North Eastern beauty of Arunachal Pradesh. It has a multitude of religions ranging from Hinduism, Islam, Christianity, Buddhism, Jainism, Judaism, etc. The region is also the birthplace of many of these religions. One the one hand, this diversity has successfully sustained itself after British left the subcontinent and prevented the ‘Balkanisation-like’ tragedy, on the other hand, the region also has displayed ethnic tensions, religious animosity, caste and class-related problems and Gender inequality within its fabric.

Why is it so that something as subjective and qualitative as culture and religion has quantitative effects on the outcome and performance of the region?

The dark side of diversity

Patriarchy is a predominant feature of all the societies and South Asia is no exception. India, Bhutan & Nepal were deeply divided Hindu societies in which women are subjugated to men in all spheres and age-groups. South Asia manifests, in general, low female labour force participation rate which is merely 23.6% compared to 80% for men which is primarily concentrated in agriculture and informal economy.

There is a dominant preference of sons in the region which means that the life of a girl child becomes relatively hard. Starting from birth, a girl child needs to fight with issues like Foeticide & Infanticide which are prevalent even in the 21st century. Even if some regions do not practice these, there is a meta-preference of a son which means unless families ensure the birth of a male child, they keep trying and in the process, unwanted girl children are born who face other risks and problems like poor health & education opportunities, early marriage, trafficking, etc. Every 1 in 2 girls is married before the age of 18. Child marriages are highest in Bangladesh (52%), India (47%), Nepal (37%) & Afghanistan (33%).

Social norms of the society give undue preference to a male child in all spheres which translates into women getting neglected throughout their life. Early marriage or Child marriage results in poor health outcomes for both mother & child. Girls and women are not given preference when resources are limited in a family which leads to poor education, nil or less decision making power, lack of property rights, etc. The main reason behind all this is the patriarchal mindset which asserts male dominance. Even the matrilineal tribes of Meghalaya are not significantly better in this respect. Gender inequality also manifests itself in terms of the lack of job opportunities for women along with restrictions on women mobility. Women participation is distinctly low in the formal sector, politics, judiciary, and technical jobs. Women are subjected to domestic violence, Workplace harassment as well as sexual abuse.

The division of the Indian Hindu Society into Varnas didn’t put a full-stop into the classification process. There were sub-divisions which even led to more and more hatred and discrimination among the sub-groups. ‘Lower castes’ (classified based on the concept of purity) were perpetually stigmatized and denied opportunities. They suffered centuries of oppression which has not eliminated even today. There are 120 Mn Dalit women in the region who face discrimination, violence and poverty on account of being dalit and women. Besides, society is predominantly patriarchal, irrespective of religion. This instils a mentality among men since birth that they are the ‘bread-winner’ of the family. India and Nepal have officially recognised caste discrimination problem in the country but Banglasedh has no targeted policy in the absence of the same which makes the situation of these communities more vulnerable.

The South Asian economies are characterised by the diversity of religion, race, culture, sect, class, ethnicity, etc. They also have a shared experience of Colonial Rule which never sought to ease the tensions between local communities and classes and always pursued ‘Divide and Rule’ methodology. Post-British withdrawal & independence of these economies, the racial, religious and cultural discrimination has continued to sustain itself. For example, the Pashtunistan movement in NWFP, the Tamil Secessionist movement of Sri Lanka or the infiltration of Bangladeshi Muslims in North East India has only transformed into under-development of the region or the community involved. Even after so many years of British leaving the continent, the region has not been able to reconcile the differences created by them between the communities. Kashmir is a never-ending source of contentious issues between India-Pakistan which mainly stems from the partition era. Hindu-Muslim riots in India as well as the bitterness between the communities in general, even after so many years of partition gave birth to a new trend of mob lynching. Hindu-Sikh violence and Tamil-Sinhala contentions work on the same lines.

Minorities constitute an important part of the region be it the linguistic minority, religious minority or any other. Scheduled tribes of India are economically backward and socially weak. Despite having constitutional provisions to preserve their ethnicity and culture along with their development, there has not been drastic improvement in their economic status nor is there any complete elimination of the social discrimination against these communities till date. Caste and Class still forms a dominant characteristic of the society in the region despite the region being home to many reformist religions which arose in response to this ill practise of Hinduism. Over time, these reformist religions themselves classified into caste and never been able to eliminate it. Inter-caste & Inter-religion marriages are still frowned upon – not only in India but also in the whole Indian sub-continent. A classic case of this is ‘Khap Panchayats’ who are non-judicially ruling on inter-caste and even, intra-gotra marriages.

Diversity is undoubtedly the strength of the region which is also reflected from the fact that the government of the region have successfully ensured peace and stability. To eliminate these issues, it is necessary to bring attitudinal changes among the masses. Ensuring equal access to health care, education & job opportunities for all, irrespective of gender, is the key.

Identifying and rectifying the problems and loopholes which amplify gender inequality in different spheres can also be one of the steps, provided there is government willing-ness to do the same. Instilling gender equality, equality of religion and human rights in children from a very young age will also go a long way in eliminating the differences among the groups.

The problem lies in the mindset – centuries-old customs and beliefs which are passed on from generation to generation blindly without deliberating upon their significance in the changing world and times. Therefore, the solution will also lie in transforming this mindset for good. It can’t be achieved in a day but can surely be achieved if there is support from civil society, government, media and most importantly the masses.