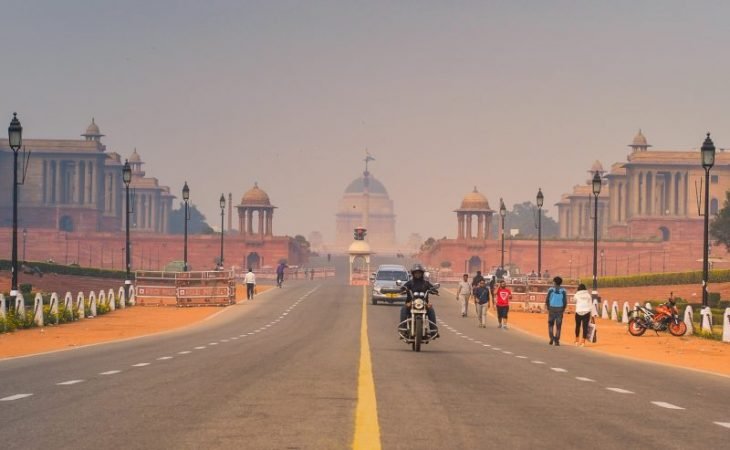 China’s rise over the last few decades has remade the landscape of global politics. It is an empire in the modern sense — a nation strengthened by its long supply chains, compelled to ever greater economic and political intercourse to preserve its interests, and increasingly drawn into the security sphere. China’s rise is the result of a combination of factors since it reoriented on production within global capitalism in the 1980s. First, in contrast to the Soviet bloc, China found a way to benefit in a twist of historical irony from its colonial legacy. Britain controlled Hong Kong up until 1997, Portugal controlled Macau up to 1999, and the US continues to use Taiwan as a protectorate. These colonies and protectorates connected China to the world economy even before its full entry into the world system.

China possessed what Russian revolutionary Leon Trotsky called the “privilege of historical backwardness.” Mao’s Communist Party took advantage of the country’s precapitalist past. It inherited a strong absolutist state that it would retool and use for its project of national economic development. It also took advantage of an atomized precapitalist peasantry, which had been accustomed to absolutism for two thousand years, to squeeze labor out of them for so-called primitive accumulation from 1949 through the 1970s. Later, from the 1980s on, the Chinese state drafted this labor force from the countryside into the big cities to work as cheap labor in export processing zones. China’s backwardness also made it possible for it to leap over stages of development by replacing archaic means and methods of development with advanced capitalist ones. A good example of this is China’s adoption of high technology in telecommunications. Instead of following every step of more advanced capitalist societies, beginning first with using telephone lines for online communication, it installed fiber optic cable throughout the country nearly all at once.

The term ‘New World Order’ has been bandied by many triumphant powers in history to enforce their hegemonic writ on the world through political, ideological, militaristic, economic, legislative and diplomatic means. In recent decades, the term has been associated with the US-led neoliberal order of free-trade globalisation which followed the collapse of the Soviet Union. But the Western globalised order is today facing a serious crisis with the rise of China, Russia and India on the international stage, and in the wake of several setbacks such as the Great Recession of 2008, trade wars initiated by Trump administration, unravelling of Trans-Pacific Partnership (TPP) and the Brexit vote. Today, the Western, liberal model of society is dying, and a new world order led by Russia, China and India is taking its place.

China’s quiet rise has given way to vocal expressions of great power aspirations and a more assertive international posture. Beijing’s military modernisation program has put Asia as well as the United States of America on notice that China’s economic power will have geopolitical implications. The spread of COVID 19 pandemic has called into question China’s credibility. This can prove to be a man-made opportunity for India with newer supply chains being forged in other parts of the globe, beyond China. Attracting investments in manufacturing could be one of the pillars on which India’s recovery from fiscal 2022 could be scripted. But this is not an opportunity without competition. Peers like Vietnam, Indonesia, Bangladesh, and the Philippines are already there, perhaps doing better than India. A 2016 CRISIL study points out that in the last decade, as China moved up the ladder of sophistication in manufacturing, the vacated space in low-end manufacturing – for textiles, readymade garments, footwear, toys and leather products – was rapidly taken up by Vietnam and Bangladesh, with India losing market share in global exports.

In his book “The India Way”, External Affairs Minister, EAM Jaishankar says that India should stop reacting and have proper plans in place to shape the outcomes in its favour of this new world order.  This will be possible only with a crucial role of the states. Reports suggest states have been engaging with prospective countries offering incentives to move manufacturing bases to India. Yet, this is happening in pockets. What the country needs is a bigger, more focused push. Amid all this, policy certainty and showcasing a more pragmatic vision for India will be crucial to attracting foreign investment. Since the crisis acts as a catalyst, it still needs to be seen what the current crisis will trigger. The 1991 balance of payments crisis lead to liberalisation, the 1997 Asian financial crisis gave a larger role to the private sector with the government diluting stake in state-run companies, and the 2012 domestic economic crisis eventually led to the clean-up of the banking sector, the Insolvency and Bankruptcy Code, real estate regulation, adoption of fiscal restraint and reform (including the Goods and Services Tax implementation) and adoption of inflation targeting. Apart from the much-needed track on reforms, the government must not lose sight of upgrading the country’s human capital by ramping up health and education initiatives, exposed as grossly inadequate by the pandemic. Investing in infrastructure, health and education must be prioritised. Success stories of China and the ‘East Asian tigers’ have shown how upskilling workforce helped them move up the manufacturing value chain, progressively improving their income prospects.

India needs to take the tough road in the post-pandemic world and gain through various structural and economic reforms. Indian diplomacy is now on the front foot but that alone is not sufficient. New Delhi needs to actively engage with the world and channelise its energy locally as well. India now just cannot stay in denial by just looking global. It needs to look and act local and global simultaneously so as not to let this opportunity of a vilified power play slip away.