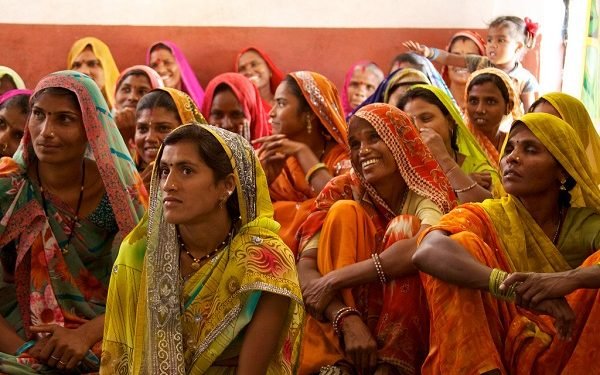 The fight for gender equality in India remains yet a contemporary one. India was one of the very few countries in the world in which women did not have to fight for voting rights, ahead of her own time. She yet sees a hard fight for equality on her land.

Among the 17 Sustainable Developmental Goals (SDGs) laid out by the United Nations (UN), SDG 5, which stands for gender equality has been the toughest to fight and establish in India. Other than the states of Chandigarh, Sikkim, Kerala, Andaman and Nicobar Islands – all other states lie in the red zone or the “aspirant zone” (which essentially means that these states haven’t started performing in any sort of progress towards gender equality) for progress on gender equality according to the latest reports by SDG India Index Baseline Report (2018).[1] The four states that don’t lie in the red zone, lie in the “performer” zone, barely above the aspirants.[2]

The UN has laid out areas that countries must focus on while trying to achieve gender equality and the report will follow its analysis based on that. These targets primarily encircle around ending all forms of discrimination against all women and girls everywhere and eliminating all forms of violence against all women and girls in the public and private spheres, including trafficking and sexual and other types of exploitation.[3] Furthermore, it emphasizes eliminating all harmful practices, such as child, early and forced marriage and female genital mutilation. [4] Finally, the targets also focus on recognizing and value unpaid care and domestic work through the provision of public services, infrastructure and social protection policies and the promotion of shared responsibility within the household and the family as nationally appropriate using different methodologies to provide economical access to women.[5]

This report also essentially brings out challenged for governments which are not effectively quantitative but are important, and less spoken about. These are typically the challenges that governments will face term after term if not dealt with actively.

India, over the past two decades, has shown improvement in improving standards of gender equality in the country, it, however, remains unsatisfactory as the country still faces very obvious gender issues of inequality, misogyny and sexism. In 2001 the country established a “National Policy for the Empowerment of Women” which drew momentary help to women.[6] There are better changes in areas such as reducing child marriages, increasing health standards and reducing the number of deaths for girl children through implementation of specific schemes such as “Beti Bachao Beti Padhao (for saving and educating girls in India)” and “Mission Indradhanush (for covering partially and unvaccinated children)” schemes.[7]

Data shows that during the term of Bharatiya Janata Party (BJP), the rates of women development are higher than the Indian National Congress (INC) in improving standards and reducing gendered gaps between men and women. Comparing the reports that came out during 2005-2006 (when INC was the central power) with the recent reports of 2015-2016 (when BJP was the central power) shows that development rates were increased in the 15-16 report. For example, care visits to hospitals and clinics by women have increased from 37% to 51% from 2005. The rate of women who’ve married before 18 years has dropped. 83% of women now have a bank account and access to banks. Literacy rates for women have risen to 68.4%. BJP has also launched more schemes in comparison to the previous party that was in power.

However, such a change is visible only because the data is available every ten years, and schemes launched by the governments before often become completely efficient only as time progresses. For example, the “Janani Suraksha Yojna” launched in 2005[8] has helped in increasing institutionalized deliveries since 2005 by 40.2%.[9] This doesn’t discredit the efforts of the current government, rather pose challenges to the current government to increase their efficiency in order to trace their actual work once the next reports develop.

Challenges to the current government:

The difficulty in achieving gender equality lies more in the implementation of laws and schemes and breaking the cultural and patriarchal knot that exists within our country than the lack of schemes. Technical efficiency in spreading and making schemes accessible is the obvious challenge for the government.

What is often not talked about is the challenge of changing cultural norms that are toxic to both men and women. That essentially poses the biggest challenge to central authority if they want to achieve their desired goals by 2030. For example, India aspires to have zero women who face sexual abuse and physical violence from their partners once they’re married. This goal is hard to achieve until the idea of marital rape is made common amongst all sections of society. Many women, often those coming from poverty-driven and illiterate backgrounds, feel the compulsion in providing sexual pleasure against their will or believe firmly in the idea that marital rape is not functionally a thing. This cultural block where men are always pursued as superior to women needs to be broken down before women and men both can understand and agree to problems that are very much prevalent. If women don’t feel they are being violated, it becomes difficult to actually help vulnerable people/victims from serious issues of abuse.

Similar is the issue of providing education to girls. Access of provision of schools for girls (especially) comes with the underlying assumption that girl children want to go to school or that parents are willing to send their girl child to school. Two factors play an important role in gendered access to school in poverty driven illiteracy thriving rural areas. They are – availability of resources/ access to the education and the other is willingness and reason to educate the child. If either is missing there is a gap created that pulls down the chances of education reaching the girl child. The government can provide their citizens with as many schools and resources as possible, with the best facilities, but if the willingness and a reason to educate a child does not exist then these resources deem useless. This applies both in the cases of girls and boys but is more prevalent for girls. The governments again need to break the norms that prevail in the minds of people that see a girl child as someone they have to “give away” or as someone who will end up getting married and leaving the household. Sometimes these issues cannot be solved simply at the surface level either. Other practices such as dowry (even though illegal in India) are still practised. Religious practices such as “kanya daan” where the father gives away his daughter unnoticeably pursue the idea that women are in fact objects or the inferior sex that a father “gives away” to another man. These practices instil ideas and norms that hard to break.

This extends to having the leaders of the country believe in women empowerment as well. This also entangles with the issue of women bringing down women. Derogatory ideas such as those of victim blaming have been instilled in women over the generations too, and no single factor can be blamed for so. But if politicians and leaders of a country are against the women of their own country, it creates an atmosphere of the doubt for those who are fighting for their rights. For example, when Asha Mirje (an Indian politician) started to blame Nirbhaya for her rape, there was an outrage in the country.[10] It, however, gives liberty to those who thrive on the idea of victim blaming and it makes it easier for them to do whatever they want since it is then clear that the law enforcement is cut loose.

Therefore, along with trying to change cultural norms, stricter implementation of laws and easier legal help access lays a big challenge to the government. Often women from resource-deprived areas don’t have fair legal access to help themselves. Even though there are laws against trafficking, sexual abuse, etc., these often are useless because of deprived legal access. Long court processes are also expensive and also create hindrance and stop women from wanting to fight for their rights. Furthermore, due to prevailing corruption and a loose end from the law enforcement sector, those who commit crimes aren’t afraid to do so. The chances of them getting caught remain very slim. Therefore, strict law implementations and easier access to legal facilities play a huge role in empowering women.

Further issues also need to be discussed more widely and freely such as those of usage of contraceptives, sex education and menstrual health. The government also needs to implement schemes that promote and explain the need for an all rounded movement for gender equality and why it is important for men as well. Often toxic masculinity not only victimizes women but men themselves. There also needs to be an emphasis on the need for men to run activism for women’s rights because until a society inclusive of all is created, true equality cannot be achieved. If only half the people fight for their rights and the other half do not care, the situation ultimately reaches nowhere.

These are, however, goals and challenges that will take a few good years to achieve since breaking cultural norms and normalizing concepts like “marital rape” don’t run through overnight, especially if there are also people who sit on government seats that don’t believe in the concept.

India’s final challenge is to pull itself up, especially in its literacy rates for women. It lies behind Sri Lanka, Bangladesh and Bhutan in terms of female literacy.[11] India is a regional power and for it to rise to strong diplomatic levels of power, she needs to have a strong base of literate men and women. Increasing her goals and standards for women empowerment will not only help women in India but will also help the country set higher goals for her international position in the interplay of international relations. India has a potentially strong soft power which can be increased and strengthened with empowering women, and by acting as a role model to other developing and underdeveloped countries. It thus can prove to be a very important asset for her international status.