Navalny, Putin and the West: What is in store for the Kremlin? 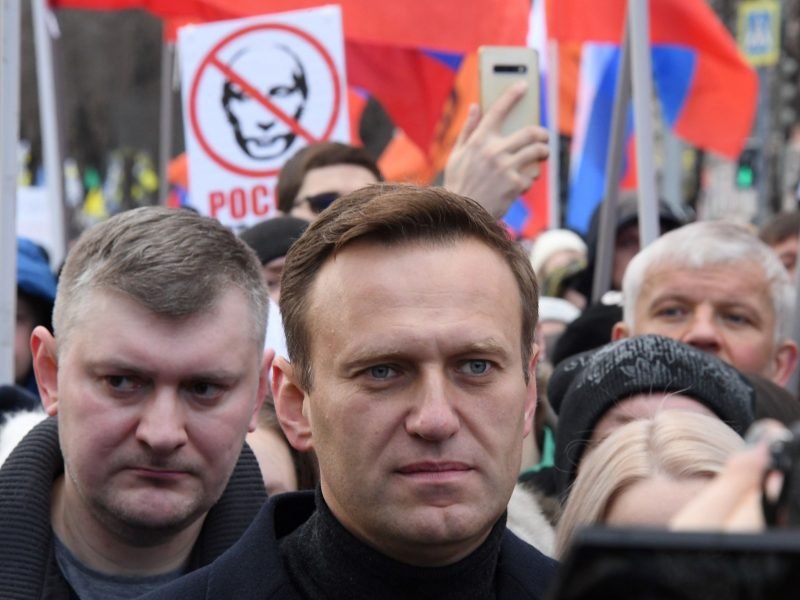 In August 2020, Alexei Navalny – one of Russian President Vladimir Putin’s staunch critics, was brought to a hospital in Siberia after he fell ill on a Tomsk-Moscow domestic flight. He was later evacuated to the Charite hospital in Berlin as the German Government confirmed that he had been poisoned by a toxic nerve agent of the ‘Novichok’ family. Russia has always known to be ruthless against dissidents. However, in the past few years, it has stepped up its measures to nip any such opposition in its bud. In 2018, agents of the Russian Foreign Military Intelligence tried to poison former Russian Military Intelligence agent Sergei Skripal and his daughter in Salisbury, England. Similarly, in 2006, another former Russian Intelligence officer Alexander Litvinenko was killed by radioactive poisoning. There have been several other political opponents, journalists, former intelligence officers and exiled business tycoons who are said to have faced President Putin’s wrath.

International Reaction and the geopolitical implications

The Navalny incident has positioned the Western powers against Russia in a highly comprehensive manner. The German Foreign Minister Heiko Mass had openly threatened Russia about halting the Nord Stream 2 project– a gas pipeline built under the Baltic Sea if Russia failed to cooperate with the investigation. The G7 Foreign Ministers of Canada, France, Germany, Italy, Japan, the United Kingdom, USA and the High Representative of the European Union (EU) issued a joint statement condemning the alleged poisoning of Navalny. The NATO too has condemned the act. The US Secretary of State Mike Pompeo in an interview to Ben Shapiro said that Russia must hold the perpetrators responsible. The United States told the United Nations Security Council that it would work along with its allies to hold those responsible for the poisoning of Navalny and could possibly cut off the funding that feeds such activities. These statements, however, were contradictory to US President Donald Trump’s statement more than a week ago where he claimed that the USA has not seen any proof of Navalny being poisoned by Russia. While the West urges the Kremlin to conduct a proper probe and cooperate with the investigation, Kremlin continues to deny is its involvement in the poisoning of Navalny.

Russia is no stranger to sanctions as the EU and US have been imposing aplenty since 2014. The US even sanctioned Russia for the Skripal incident. German Chancellor Angela Merkel and President Putin have not shared the best relationship. Merkel was one of the key members who pushed the EU based sanctions against Russia for the annexation of Crimea. She recently criticised Russia for not implementing the 2015 Minsk Agreement that aims at ending the war in Eastern Ukraine. Ironically, that did not stop the Nord Stream 2 project from taking off as Germany is dependent on Russia for its energy necessities. This is reflected in the other part of German Foreign Minister Mass’ statement where he says, halting the project would be bad for both Russia and Germany. Therefore, Germany would look to sustain the support of its Western allies so as to make an extremely strong case against Russia using the Navalny incident. With the West extending its support to the German findings and despite the US Ministers urging Russia to cooperate, the US still remains a dark-horse at this juncture as President Trump may not go outright against Putin given the history they share and the confusingly pro-Putin stance he often takes.

Russia is currently involved in the Syrian and Libyan wars where it posits opposite to the West. In Syria, the Russia-Turkey relationship has raised many an eyebrow. Russia since the beginning of the Syrian Civil war had supported the Bashar Al Assad – led government. The US on the other hand had been- against Assad and pro-Kurd (YPG). Last year in October, despite their differences, Turkey and Russia agreed to a US-led ceasefire deal in return to the Kurd fighters pulling out of the designated ‘safe zone’ in Northern Syria. Ankara has also recently purchased the S400 Missile defence system from Russia. Since the US lifted the 33-year old arms embargo it had imposed on Cyprus, Turkey has been pro-Russia.

In Libya on the other hand, Russia’s primary objective has been to back General Khalifa Haftar in his bid to become the sole leader of Libya. In turn Russia looks to expand its military presence in the region and secure its oil interests. Many experts view this as a spill-over of the Syrian situation on to Libya and is Russia’s avenue towards cementing its presence in the southern Mediterranean. Ironically, the UN backed Tripoli-based Government of National Accord (GNA) has received massive support from Turkey. Syrian mercenaries supporting Turkey and Russia have gone against each other on various occasions within Libya and this has dented the Russo-Turkey relations. This goes to show that not even Turkey can be seen as Russia’s standout ally. Of late, Russia’s relationship with China too has been dictated more by economic priorities rather than strategic.

No opposition of Putin has ever received as much attention as Alexei Navalny has. The Western countries have indirectly provided their unequivocal support to Navalny as he recovers in Germany. At this backdrop, Russia witnessed the local elections between September 11th, 2020 and September 13th, 2020. The election is to choose federal, regional and municipal legislators for 41 out of the 85 regions where 22 regions will elect Municipal Deputies, 18 governors, 11 regional lawmakers and 4 state Duma Deputies. If Russia had a handful of issues to deal with on the external front, internally they are marred by a falling economy, rising unemployment, anti-Kremlin protests against the arrest of former Khabarovsk Governor Sergei Furgal and the effects of the COVID-19 pandemic. Adding to this, the pro-Navalny sentiment is bound to test the strength of the pro-Putin United Russia party. The rigging of votes may be a possibility as observers comment, however, the local elections would set the tone for the September 2021 elections for Russian Parliament’s Lower House.

Russia cannot keep shutting down dissidents in an aggressive manner. Incidents such as Navalny’s would add strength to the opposition Russia faces from the West. It is high time Putin took a cue from what is happening to his Belarusian ally next-door, Alexander Luashenko. The possibility of Kremlin blowing up from the inside maybe unlikely now but is not inevitable.

Putin needs to rethink his domestic policies and prioritise the ones that would help Russia on the economic and the social fronts. The opposition is bound to move the working class in the 2021 elections as in Belarus and Putin would not want to lose out on their votes. The business community anyways loathes Putin as his sagas of exiling those who disagree with him are known to the world. The much needed financial support too might come to a halt. He might have legally stamped himself as the President of Russia till 2036, but would he last till then? Though the road ahead of Russia is a long one, the same cannot be said for Vladimir Putin.

Mohan Babu is a Senior Research Associate, at ‘Polstrat’ a political consultancy firm and manages its Client Outreach and Communications. He has previously worked at the office of incumbent MoS for Home Affairs – G.Kishan Reddy as a political researcher and has gained professional experience at other prominent places such as IDSA, Pinkerton and I-PAC