Demographic Dividend of India – The road ahead 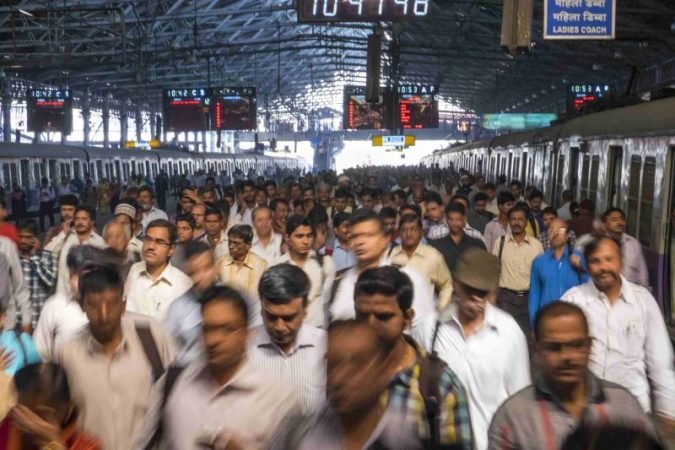 The demographic dividend is defined by the United Nations Population Fund (UNFPA) as the growth potential that results from shifts in a population’s age structure. This transition happens largely because of a decrease in the total fertility rate (TFR, which is the number of births per woman) after the increase in life expectancy gets stabilised. The Indian population is over 135 crore (1.45 billion) people. That’s around 17% of the world population. Over 62% of India’s population is between productive ages of 15-59 years. The median age of India’s population is less than 30 years of age and for the next 20 years, the country will hold onto the claim of being one of the younger demographics in the world. As per the Ministry of Skill Development & Entrepreneurship, India’s demographic dividend began in the early 1980s and is expected to come to an end towards the latter part of 2030s. India is, therefore, just beyond the midpoint of its dividend and this once in a lifetime opportunity for the nation is unlikely to last beyond another quarter of a century from now. India, therefore, needs to increase and sustain its GDP growth, reduce poverty, and enhance human capabilities of its people. Every year lost will never return in the life of a child or youth and in the next 25 years, India will be an ageing society and the way the 4th Industrial Revolution impacts the way humans engage and interact making conventional business models redundant, it needs to think and act fast.

In Singapore the dividend years started in 1979 and in the next 10 years there were only two years when its economy grew at less than 7%. The island country saw double-digit growth in four of these 10 years. South Korea entered this phase in 1987 and in the next 10 years there were only two years when its growth rate fell below 7%. In Hong Kong, it was 1979 when the dividend years kicked in, and the growth rate dipped below 8% in only two of the next 10 years. But for Prime Minister Narendra Modi’s government, the much-hyped demographic dividend has turned into a nightmare. The problem was visible even in his first term. But eight quarters of continuous decline in GDP growth since March 2018 followed by a pandemic-induced lockdown that is pushing the economy into recession has brought the extent of the problem to the fore. Instead of contributing to economic growth, a big chunk of the new entrants to the labour force is adding to country’s unemployment statistics. With 12 million people being added to the working-age population annually, but not enough job opportunities, it requires quick and effective short-term, medium-term and long-term policy interventions. As several studies have pointed out, a bulge in the working-age population or “demographic dividend” provides a great foundation for a sustained period of high growth. Several Asian nations—Japan, Thailand, South Korea, and more recently China—had taken advantage of the demographic dividend in their countries to grow rapidly for long periods. For India, the demographic dividend is coming at an opportune time when the population in large parts of the world is ageing. Japan was among the first major economies to experience rapid growth because of the changing population structure. The country’s demographic-dividend phase lasted from 1964 to 2004. An analysis of the first 10 years since this phase shows how such a shift in the population structure can propel growth. In five of these years, Japan grew in double digits; the growth rate was above 8% in two years, and a little less than 6% in one. Growth slid below 5% in only two of these 10 years. China entered this stage in 1994 — 16 years after Deng Xiaoping’s economic reforms started in December 1978. Although its growth accelerated immediately after the reforms, the years of demographic dividend helped sustain this rate for a very long period. In the 16 years between 1978 and 1994 (post-reform, pre-dividend) China saw eight years of double-digit growth. In the 18 years since 1994, there have been only two years when China could not cross the 8% growth mark.

Initially in India, things seemed to be running according to the script, especially starting in the late 1990s, as several things came together. Economic reforms opened up many sectors, bringing in capital and creating new jobs. Technology advances and globalisation threw up new opportunities like IT services and IT-enabled services. A new generation of educated, English-speaking workforce came into the labour market at exactly the right time, creating perfect conditions for a sustained period of high growth from 1999 to 2010, despite the global financial crisis following the collapse of Lehman Brothers in 2008. But in the past decade, domestic policy missteps have seen the Indian economy performing erratically. Yet, there was always the conviction that the demographic dividend would play out despite temporary setbacks. When Prime Minister Modi talked about a  $5 trillion economy by 2025, many commentators felt that the target was easily achievable. The new entrants to the workforce would add both production and consumption heft to the economy, boosting GDP growth to at least 8% plus, if not double digits. The error was in not accounting for the education and quality of the people joining the workforce. All countries that have reaped the demographic dividends had invested heavily in education and skilling in the decades leading up to it. An educated workforce is both more productive and more capable of taking advantage of new opportunities. Education spends and reforms typically show up after a lag of a decade or more as a new generation of better educated and skilled youth join the workforce. Indians cannot achieve the skilling mission without parallel policies improving their primary & secondary education system. The current education system just cannot cope with the needs of employability. The vast majority of graduates in India have no understanding of the reality of the industries. People are not far away from the truth when they say their education has no relevance to today’s jobs.

Indians should revamp its education pedagogy with the aim to inculcate multiple skills to each individual, as part of the mainstream education system. For this to be successful, the nation needs to upgrade the teachers’ development program, which is woefully outdated. With both of these initiatives, education framework will give respectability that skilling is a formal part of it and not an alternative to mainstream education.

In the past few decades, India has been a labour-cost-arbitrage economy rather than value-add-one. People know that much of the workforce has outdated and/or irrelevant skills; be it in blue-collared jobs, white-collared jobs or the informal labour market. The Indian government has been vocal & active about the ‘Skilling India’ program and has been working overtime to develop a skills-ecosystem to empower 40 crore youth by 2022. With Covid-19 impact on the economy and jobs looming, the need for skilling & re-skilling would increase, as people might see increased unemployment and also the return of NRIs as many nations might be forced to reduce the immigrant workforce in their perilous economies. In 2017, only 5.5 million had been created and India is facing today a massive employment problem, the unemployment rate being the highest in 45 years. Official sources emanating from the government of India do not give very different data: according to the last 2018 Periodic Labour Force Survey (PLFS), the unemployment rate among the urban 15-29 years old (a very large bracket) was 23.7%. One may hypothesize that this pervasive joblessness was due to the poor training of the youth as only 7% of the people surveyed in the framework of the PLFS declared any formal or informal training. But there is a paradox there because at the same time, according to a recent survey, “48% of India employers report difficulties filling job vacancies due to talent shortages”, so much so that 36% of them have decided to train their own people. The sector that is the most badly affected is one of the strong points of India’s economy, the Information Technology (IT), where 140,000 skilled techies could not be recruited in 2018 in spite of the employers’ efforts (a high proportion of the 500,000 jobs offers that had been made that year). A similar mismatch between supply and demand is also evident from the enormous number of graduates and postgraduates who apply to unskilled jobs. When the Indian Railways announced that it would create 63,000 jobs – all situated in the lowest level of its employment ladder.

India needs state-specific policies–good health and education systems, with more women entering the workforce in young states, and policies to attract migrants and elderly care systems in ageing states. India will also need to reduce caste and urban-rural inequality, especially in access to reproductive care, health, education and jobs and could learn from other countries that have gone through these stages of demographic transition and have better education and health indicators, but India has the unique advantage of learning from itself. States that still have high dependency ratios can learn from states which have passed that stage, especially as India has its own problems of inequality between castes and religion, rural and urban segregation, and poor public service delivery systems.