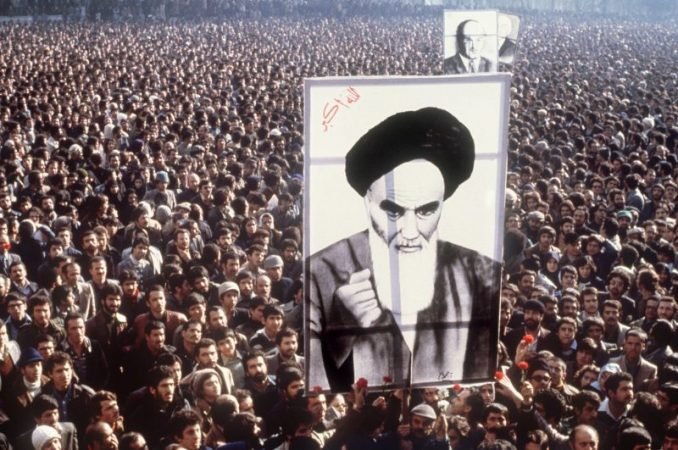 The state of Iran, unlike most of its Arab neighbours which came into existence solely due to drawing of artificial boundaries, has existed from centuries and is home to one of the oldest and richest civilizations. The beginning of the twentieth century saw a quest between Russia and Britain to increase their presence in Iran because of it being strategically located. But with the outbreak of the Bolshevik revolution in 1917, Britain emerged as the single dominant power having influence in Iran. The year 1925 saw the end of Qajar Rule in Iran and the military leader Reza Shah who staged a coup to oust the last Qajar ruler Ahmad Shah in 1921 declared himself as the Shah of Iran.

During World War 2, the Allied powers sensed the soft corner of Reza Shah for Germany and Hitler. This led to him being overthrown by the Allied powers and his son Mohammad Reza Shah succeeded him to the throne. The new Shah’s image in public was of an illegitimate ruler who was nothing but a puppet in the hands of the Western powers. Post World War 2, there was a tussle for power between the Shah and Mussadeq, who later became the Prime Minister of Iran in 1951. Under Mussadeq’s leadership, the bill for nationalizing Iran’s oil fields was passed which made him more popular among Iranian masses. This move by Mussadeq which was against the interests of the Western powers led to an international boycott of Iranian oil which pushed Iran into an economic crisis. Seizing the opportunity, Shah with the support of Army and CIA overthrew Mossadeq to declare himself as the supreme leader.

After assuming the power, Shah turned Iran into One Party State and introduced reforms to undermine the role of Islam in public life. He brought the White revolution in Iran in the year 1963 which called for the redistribution of land to small-scale farmers and granted women the right to vote. This created resentment against Shah among the Muslim clergy and the rich landowning class. Ayatollah Khomeini who later was to become the supreme leader of Iran publicly criticized Shah’s policies for subverting Shia traditions and serving Western interests.  Khomeini was forced into exile in 1964 for his outspoken criticism against the ruling regime. This made Shah extremely unpopular in the eyes of common masses in Iran.

At the beginning of 1970s, the discontent towards Shah was relatively low because of rapid economic growth. The boom in oil prices in the international market brought huge foreign exchanges to Iran. But the situation largely deteriorated in 1977 due to a rise in inflation. This was complemented with repressive measures adopted by Shah to silence the opposition voices. The National Intelligence agency of Iran at that time, SAVAK was given responsibility to crack down on the Anti-Shah voices in the country which led to hundreds of people belonging to left organizations and supporters of Khomeini being put behind the bars, tortured and in some cases extra-judicially murdered. By then, the popularity of Khomeini had reached its peak. He garnered a huge following in Iran through his audio tapes which were listened by thousands of people when played in mosques and universities of Iran covertly in which he criticized the Shah for being corrupt and working only in the interest of the West.

Threatened by the popularity of Khomeini, Shah tried to create a counter opinion in public. A defamatory article was published against Khomeini in the State-run newspaper named ‘Ettelaat’ which brought thousands of people to the streets of Iran in support of Khomeini. This was seen as the tipping point which sparked the revolution. Following this, there were violent clashes between the protestors and the Police forces. The authorities failed to control the violent protestors as the movement had spread all over the country. Shah finally had to flee the country in January 1979. With the return of Khomeini on 1 February 1979 and fall of the monarchy, Iran was declared as the Islamic Republic. Shortly after that, a group of Iranian students held 52 American diplomats working in the US embassy in Tehran as hostages. This was done to demand the extradition of Shah who went to the US for his cancer treatment. The hostages were freed after 444 days with the signing of Algerian accords.

Post-1979 revolution, there was a dramatic shift in Iran’s foreign policy and it has been trying since then to gain a strategic hold over the region. In 1980s Quds Force was formed as an offshore unit of Iran Revolutionary Guard Corps (IRGC) to support the local forces in other countries which cater to Iran’s national and strategic interest in the region. One of the first operations they undertook was during the Lebanon Civil War where they provided training and funding to the Shia based militia ‘Hezbollah’ to fight the Israeli aggression in South Lebanon. The aim of the newly formed militia was to eliminate all western influences from Lebanon and form an Iranian style Islamic state. It was also involved in the kidnapping of US citizens in Lebanon which Iran used as leverage to get arms and ammunition from the United States popularly known as Iran Contra Affair. Apart from their military operations, Hezbollah also plays an active role in party politics of Lebanon. It was able to secure a total of 13 seats in 128 member parliament assembly in the 2018 elections

Syria, one of the most trusted allies of Iran witnessed a civil war in the year 2011 when majority Sunni population rose against the Assad regime citing violation of human rights and repressive political measures of the government. The rebel groups were backed by the USA and Saudi Arabia’s coalition of the Gulf States. To protect their strategic interests in the region, Russia along with Iran and Hezbollah militarily supported the Assad regime to crush the rebellion movement. The involvement of Iran and its Qods force in the Syrian conflict was so huge that it seemed General Soleimani (former Qods force commander) had more influence in Syria than President Bashar al-Assad at that time. At present, majority of the areas in Syria are under the control of the Syrian Army.

The Islamic Republic of Iran from the very day it came into existence took a stringent position towards the State of Israel to which it refuses to recognize. The Gaza based militia Hamas gets unwavering support from Tehran to carry out their political and military activities against Israel. In addition to Hamas, Iran also funds the Palestinian Islamic Jihad (PIJ) which is the second-largest group after Hamas known for its suicide bombings against Israeli targets. PIJ rejects any kind of peaceful solution to the Palestinian issue and calls all the Muslims of the region to wage Jihad (war) against Israel. Iran being a predominantly a Shia country supports Hamas and PIJ which are Sunni militias to send a message to the Muslims of the world that Iran is ready to assume the leadership of Islamic nations. In a span of ten years from 2005 to 2015, the Gaza based militias have fired a whopping number of 12000 rockets into Israel killing around 10 Israeli citizens and more than a thousand being injured.

The relationship between Tehran and Kabul is one of a kind. During the initial years of Taliban formation, Iran had supported the Northern Alliance, which is a non-Pashtun based force in Afghanistan. The relations between Iran and Sunni based Taliban took a major hit when in 1998 the Taliban killed 10 Iranian diplomats working in Consulate of Iran in the city of Mazar-e-Sharif in Afghanistan. Post 9/11, Iran has been following a policy of ‘Strategic hedging’ in which it has supported both US-backed Afghan forces and Taliban at the same time. The policy would have served Iran’s both of the strategic interests of neither having its adversary USA’s domination nor having a Sunni based Taliban regime on its Eastern frontiers. But with the rise of ISIL (Khorasan ) which according to some US officials has more than 3000 fighters in Afghanistan, Iran has turned its support to the lesser of the two evils which is The Taliban. It has been working with the Taliban to set up buffer zones along its borders to stop the inflow of ISIL insurgents. Iran’s co-operation with its long term adversary is a necessary strategic measure to have a pro-Iran government after the US withdrawal from Afghanistan and to prevent ISIL securing a base which can be used as a launchpad to wage war against Iran.

In Yemen, Iran is blamed by its rival, Saudi Arabia to give arms and ammunition to the Houthi rebels who at the present control majority of the areas in Yemen. The Saudi led coalition which backs the ousted Hadi government accuses Iran of creating a catastrophic situation in Yemen. Iran on the other side though backs the Houthi cause and calls for a peaceful negotiation between the opposite parties and have termed all the allegations of arming up the Houthi rebels as baseless. Contrary to Tehran’s claims, a recent UN report suggests that Houthis were found in possession of arms similar to which are produced in Iran.

Iran has emerged out as a strong regional power in West Asia.  It poses the potential to fight through in other states using its proxies present in strategically important areas of West Asia. The way forward to deal with Iran is certainly not by pulling out of the nuclear deal and threatening of more severe economic sanctions. With President Trump finding fault lines in the deal, it has given an image to the world community that he wants to sabotage relations with Iran which had substantially improved during President Obama’s time only to disparage the achievements of the previous Government. This will certainly push Iran towards acquiring nuclear weapons which will change the balance of power in the region and may have horrific consequences. It may push its adversary in the region Israel to go for the same and thus there can be a nuclear arms race in the region. One must remember that with a regional power like Iran, you can’t enforce a deal on it which will jeopardize its dream of becoming a nuclear nation forever. The best one can do is to delay the process as much as one can, which is exactly what President Obama tried to do. It still remains to be seen who wins the Presidential Elections of the United States and what approach the new government would have towards Tehran.