Concept of Regionalism in the Central Asian Region 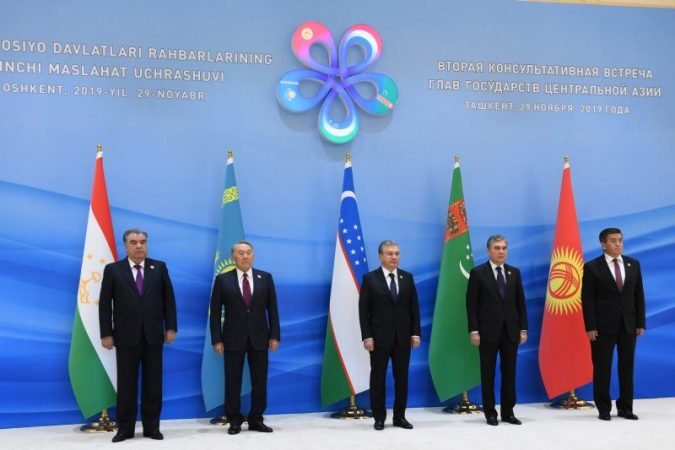 What regionalism is all about?

Regionalism is by now a fairly established part of the International Relations, both as a concept and as an experiment. The term regionalism is a flexible one, which refers to a particular region of the world arena. It has been defined on geographical, political, social or economic bases. The concept of region is getting even more complex in modern times. There is no clear guide to identify the boundaries of a region. Regional Organization’s favour memberships to outsiders and many times different regional organizations working in one region have their members coincided. Regionalization is a dynamic term which transforms the structures, process and agency at the regional level. Contemporary regionalism is thus strongly related to globalization, but there are different views about the nature of this relationship.

Central Asia is a region which is rich in history and culture. Central Asia comprises five former Soviet republics: Kazakhstan, Kyrgyzstan, Tajikistan, Turkmenistan, and Uzbekistan. In Central Asia, regionalism could be a development that pulls growing international interest which is characterized by plurality and contest. It has been observed that Central Asian governments have prioritized building their own institutions for their own nations. National constitutions were drafted, national institutions established, national languages began to reintroduce and national customs were reclaimed. These efforts pushed more regional concerns into the background. Regionalism plays a constructive role in providing visions of what a regional community should appear like and in setting up guiding principles for creating and organizing a regional community. Whereas, Central Asian regional groups aren’t problem-solving or law-enforcing mechanisms but a norm-making and socializing delegates.

Regionalism in the central Asian region

After 1991, the rise of new sovereignties during Soviet era shifted the main focus of regional attention to the nation-states. Central Asian republics had enjoyed a degree of autonomy within the Soviet era. All five former Soviet republics were once administered by the Soviet Union and for a few years, they all were able to work together peacefully. However, at the same time they lacked several establishments of statehood, had no sovereign laws of autonomy, they lacked military forces of their own and their economy remained deeply entangled because after the collapse of the Soviet Union there was no central government to dictate them. How can Uzbekistan be seen as a regional hegemon? Kazakhstan, Kyrgyzstan and Tajikistan contemplate Uzbekistan as perhaps their greatest external threat. During the final years of the Soviet Union, Uzbekistan had temporarily lost its forefront within the competition for supremacy in the region due to corruption scandals. Since 1991, Uzbekistan has secured its position as a regional hegemon. In the late 1980s and early 1990s, the Uzbek sector of the Ferghana valley saw the increase of extremists to the violent promotion of an Islamic state which was an additional happening for Uzbekistan’s claims to regional superiority. Since 1999 Uzbekistan has enforced a strict visa regime, deep-mined its border regions, dismissed residents from border areas, unilaterally demarcated certain border territories and infrequently discontinues energy provided to its neighbours. Only a year after the first-ever transit of power in independent Uzbekistan, the republic is quickly becoming the most proactive regional player. The reconstruction of Uzbekistan from an isolated player to an important regional actor has helped to reboot regional relations amongst central Asian countries. Uzbekistan geographically and demographically is the most significant country in Central Asia. More than 32 million people live in the republic which is more than half of the whole population of Central Asian.

Moreover, Uzbekistan is the only country in the region which has borders with all of its Central Asian neighbours. Radical changes of the Uzbek foreign and domestic policy started just after Shavkat Mirziyoyaev, the long term prime minister was elected as the second president of independent Uzbekistan, after the death of Islam Karimov. Practically overnight, Uzbekistan resolved most of the conflicts with its neighbouring countries. Uzbekistan has relaunched border negotiations with its neighbours and intensified its economic cooperation with Kazakhstan and Turkmenistan. At the same time, Uzbekistan has relaunched his relations with global players: Russia, China and the US. Over the past years, Uzbekistan has become a country that connects rather than divides the region. If this dynamic continues, Uzbekistan could become potentially a political and potentially economic leader of Central Asia.

In the 2000s the development of regionalism took pause due to certain geopolitical pressure. The 9/11 terrorist attacks on New York and Washington in September 2001, has directly affected the geopolitics of Central Asia. On the opposite hand, NATO and the United States rapidly took a lead in regional security efforts through establishing bases in Uzbekistan and Kyrgyzstan. This activates a powerful response by Moscow to claim its interests within the region and it’s been done by increasing each its bilateral security relations and its multilateral initiatives with Central Asian states. In 2002, Moscow transformed its multilateral Collective Security Treaty into a multilateral organization- Collective Security Treaty Organization (CSTO). This growth of geopolitical competition in the region posed a significant challenge to the idea of cooperation within Central Asia. The 9/11 attack also united Uzbekistan’s standing as the United States’ strategic partner in Central Asia which has ultimately coupled with Uzbek efforts to modernize its armed forces for the strategic balance in the country’s favour. Although increased bilateral cooperation with the United States in the aftermath of September 11 might have been expected to create increased competition among the five states for distributive gains, it has, in fact, served to strengthen existing frictions between Uzbekistan and its Central Asian neighbour’s, while bringing the regional approaches of Kazakhstan, Kyrgyzstan and Tajikistan into even closer alignment. These three states have favoured regional security initiatives that include Russia, in part owing to Uzbekistan’s military superiority and its propensity to use strong-arm tactics. The epicentre of regionalism in Central Asia has shifted Astana- Tashkent axis to a more stable Astana-Moscow one for the long-run prospects for the event of an inclusive Central Asian regional identity.  In February 2004 Uzbekistan did not fulfil its part of a joint agreement made with Kazakhstan and Kyrgyzstan to prevent the overflow of one of the region’s major river, the Syr Darya with the consequence that fields and settlements in Kazakhstan near the Kazakh-Uzbek border were submerged and thousands of people were forced to leave their homes. This regional dynamic has resulted in the steady movement of regionalism in Central Asia. The strong security regimes in Uzbekistan with every other Central Asian country have affected the development of the entire region.

Why is Regionalism in Central Asia important?

Regionalism will have a deep impact on the lives of central Asian people. If people of central Asia successfully perceive a common goal to their region’s interest for development and security aspects then they will be able to protect their region from the engagement of foreign powers and will be able to stay away from the divide and rule policy. The future of central Asian regionalism also matters in the western world because countries in the west will get more benefits. Central Asia is surrounded by the world’s largest powers like Russia, China etc. If central Asia is divided internally then external powers will continue to benefit from them. If regionalism goes in-depth in central Asia, it will boost economic development while improving security across the region.

In international relations, the conceptualization of regionalism differs widely in every sphere. The end of the Cold War and the rise of globalization deeply affected Central Asia. With the end of the Cold War and the disintegration of the Soviet Union, five new states emerged in Central Asia. The emergence of five new states in Central Asia also evoked international interest towards the region. Since 1991 Uzbekistan has consolidated its position as regional hegemon, steadily replacing Moscow as the dominant power in Central Asia. In Central Asia, Uzbekistan is powerful in terms of demography, Kazakhstan and Turkmenistan have energy resources, which increase their economic situation but Kyrgyzstan and Tajikistan are small and poor in terms of economic capacity. Kazakhstan and Uzbekistan are competing for the regional leadership role. This competition would threaten regional security and stability. The Central Asian region inherited some of its internal problems from the Russian and Soviet periods. The border security problems in the Ferghana Valley are particularly vital for the stability of the region. The Ferghana Valley was later transformed to a base for radical Islamist groups. The Central Asian states are weak in terms of economy and political stability. Generally, they are close allies of Russia because of their security and economic need. Central Asia was seen as a remote region from major powers competition right after their independence. However, international developments increased its importance to global security. The world’s attention turned to this region after the September 11 attack. These developments also increased the security and regionalism both in the central Asian region.