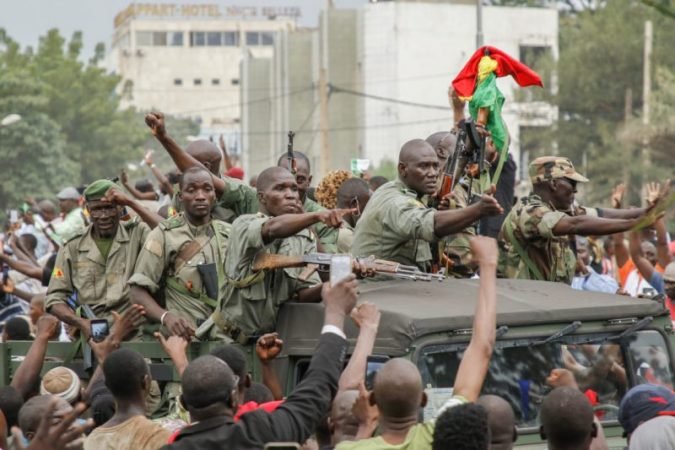 The relationship between political leadership, military and society is always complex and is not very harmonious. This complex nature has existed right from the evolution of mankind i.e. from the time the society had to depend on part of its population to fight against the evil. Likewise, on 18th August 2020, the world witnessed coup d’état in Mali wherein the military arrested the country’s President and Prime minister. The coup was carried out after weeks of protests over corruption in the administrative system, disputed election and violent Islamist insurgency that has lasted over the years.  The streets of Bamako exploded with both exultation and gunfire after President Ibrahim Boubacar Keita and his prime minister, Boubou Cisse, were detained along with other government officials. The aftermath of the turmoil is considered to have a spillover effect across the borders of Mali.

Military coups have been a phenomenon in the African political system and many of the African states have been under military rule for a brief period of time. In democratic terms, the most explicit form of military interference into politics is the military coup d’état.  According to the sources, the African Development Bank recorded more than 200 military coups in Africa since the post-independence era of the 1960s. The current coup in Mali has once again raised a question about the civil-military relationship and whether the military rule can assure peace and harmony in society.  Although war-torn, transitional or crisis afflicted risk societies are generally at high risk, the stable government also have to manage the civil-military relations, management and transformation are the two important components to keep up with the changing security dynamics. Political instability has created a floor for the military to take over the administration in their hands. As civil-military relations on the continent have been strongly influenced by its colonial history, which caused fear and even dislike of the colonial military, and the impact of these can also be seen in recent times. Africa’s civil-military relations has been framed by an interventionist culture in politics, lack of transparency, professionalism and lack of strong voice.

Civilian control of the national armed forces and the ability of the civilians to make a decision is a prerequisite for successful democratisation. Military coups indicate that the elected government lacks the ability to solve the crisis. Until recent times in Africa, the civil-military relations have been fairly dominated by the armed forces. This has been true mainly in terms of francophone Sahel, wherein the armed forces took control and a military dictatorship was a norm, especially in the 1960s and 1970s. The nature of civil-military relations has however undergone a tremendous transformation.

Countries in the Sahel region are classic examples of praetorian states. The one-party system that emerged in the end of the French colonialism in 1960 paved the way for military dictatorship. Though the immediate cause that led to military interventions differ from country to country but the conditions, especially in the Sahel region, made it vulnerable to military coups. In most of the countries, the autocratic civilian leaders who rose to power prior to independence failed to provide a stable economy thereby falling prey to the military intervention. Furthermore, the autocratic nature of many post-independence leaders and their failed political system increased the lack of trust in the civilian rule.

The lack of coordination between the military and the civilian government also alienated the high ranking officers. For instance, in Mali, a separate security force was created which took crucial resources away from the armed forces. Another example of a praetorian model is that of South Africa during the apartheid period wherein the military was successful in getting the resources required to fulfil its mandate or was able to rise as a powerful group in the African political system. The praetorian model also highlights the matter of intra-military cohesion. It acknowledges the correlations between the fragmentation within the larger system and the absence of cohesion in the organisation. This very nature points out the existence of rivalry within the rank-and-file of the military. It follows from this model that civil-military relations are closely associated with each other and the “society” pushes the military to take effective control of the situation and bring peace and stability in the country.

Civil-Military Relations in the contemporary period

According to Dr Nelson Oppong, the military was considered as the “vanguard” of modernization and as most of the institutions were polarized and fragile, the military was set to be a more modern and concrete institution to bring stability. He further adds that this perception has changed over the last decade as the military regimes in Nigeria, Sudan and Ghana have failed to live up to the expectations. The military rule in these countries was considered to be worse as compared to the civilian rule. In the early 1990s, the Sub-Saharan experienced a wave of political liberalisation that challenged the legitimacy of non-democratic rulers and especially those who rose to power during the military coup. The extent to which democratically-elected countries worked to control the civilian supremacy differed significantly. In terms of popularity, the military coups were much more popular in the 1960s and 1970s however that has not been a case in the late 1990s and 2000.

Military rule is considered to be a temporary solution and cannot last permanently. Most of the countries in Africa have witnessed a transition i.e. back to the democratic mechanism. The end of military rule, however, pose a great challenge to the civilian leadership as it is necessary to ensure that they manage to gain the confidence of the masses as well as prevent the military from taking control.

Civil-Military Relations in Africa continue to be complex and there is a high possibility that military coups will remain to be a part of the African political system. However, the African Union, as well as the other regional organisations like that of ECOWAS, has made it clear that military coups will not be encouraged and the military should refrain themselves from interfering in the internal matters of the country. Similarly, it is important that the military remains subservient to the civilian government because democracy and democratic order is the need of the hour and striking the right balance will help the African countries control the political system.

Likewise, most of the African countries are dependent on external players for its development so it is important that the “donor-host” relationship is prioritised. The internal security malfunction and lack of democracy pose a challenge to the donor community however efforts need to be made to ensure that there is stability within the region. The donor community should also continue to provide military assistance to these countries. Despite the challenges such as corruption, Islamist insurgency and poverty, the Africans continue to demand democracy and for this, it is necessary that civilian rule be made a priority as keeping the military at the top will further worsen the situation. Effective leadership is the most important factor in ensuring peace and stability and hence it is very important that young and effective leaders take control of the institution. Furthermore, lack of transparency and accountability, particularly in the military sector, is a common challenge in most of the African countries therefore an attempt should be made to ensure accountability and transparency. Thus, it will be interesting to see how the civil-military relationship in Africa will improve and will democracy be able to counter the challenges.