The Unrest in the Deprived Balochistan 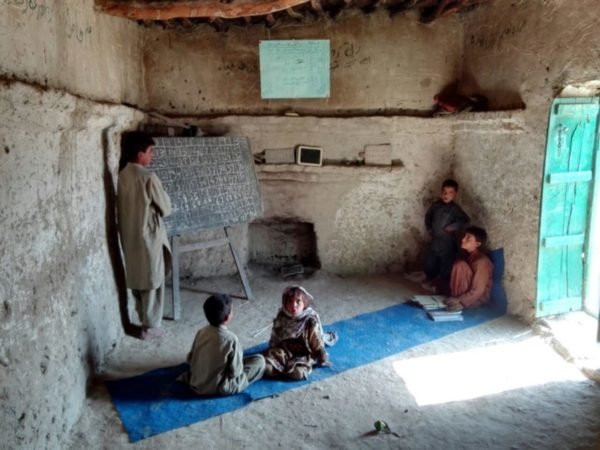 Balochistan, better known as one of the neglected and the largest province in terms of land area. It shares borders with Khyber Pakhtunkhwa and Punjab (Pakistan) to the Northeast, the Arabian sea to the south, Iran to the west and Afghanistan to the north and Northwest.

It was annexed by Pakistan in 1948. The first act of belligerence was shown towards Balochistan, the day it was forcefully annexed by Pakistan. Balochistan yielded on March 27, 1948, after the Pakistan army moved into the coastal region and it was announced in Karachi that Khan of Kalat has agreed to amalgamate his state with Pakistan. What follows is a spiel of sorrows and dejection. The grievances of the people of Balochistan are multifarious. The valorous and bellicose policy of the centre in dealing with the deprived province has added fuel to the fire. The affliction of the people is the provincial autonomy, that was promised in the Constitution of 1973. Provincial autonomy seeks to provide the right to self-determination and out-and-out decentralization of power.

Furthermore, the sulked but visual war by Army and law enforcement agencies has raised the level of bitterness and pique in the ordinary inhabitant. The main gripe and grumble of people relate to the issue of missing persons caused by the sulked war. Enforced disappearances have long been a blemish on Pakistan’s face. People across the province are continually disappeared with impunity. The specifically targeted people amongst the multi-ethnic province are Balochs, Pashtuns and Human rights activists. This issue remains unresolved since last six decades. The only sin of these forcibly disappeared people is that they raise voice against the filthy and unrestrained insurgencies in the province.

The situation of development in the province cries out for reforms. The concerns of people about the lack of development are utterly bona fide. The province has been deprived of basic facilities including health, infrastructure, Education and communication sources. The province is in the state of confusion because it is kept neglected in all aspects. Illiteracy, injustice, oppression of women, ignorance of the individual rights are the evils that prevail. Almost 88 percent of the population is living in a high degree of deprivation, the highest of all the provinces. In a nutshell, Balochistan is the land of oppressed and it has no heirs. Balochistan with abundance in Natural resources never comforted and welfare the dwellers. The example is the natural gas of Sui and Coal of Dukki. Huge remunerations are paid to the local Sardars (chiefs) and Frontier Corps ( the sole protectors of these resources). The fraction is not properly planned and spent for the benefit of the masses.

In fact, Balochistan has not witnessed any progress since its inception. The province that feeds Pakistan remains the poorest. Balochistan was declared the poorest region in Asia which clearly opens our eyes that nothing serious has been made towards the progress and prosperity of Balochistan. The people hailing from the rural areas are starving and have no access to clean water. Despite the project like CPEC Balochistan has got nothing except poverty. Gwadar, where the CPEC is in progress is craving for a drop of water that plainly makes us believe that Balochistan will get nothing from these projects. The people are always been marginalized and put the wall by the martial policies of the centre. In the lieu of CPEC get us clean water, Education,  and life assurance. We want to read and we want to usher in peace. Let us bide in our province.

The elected Representatives have also failed drastically to identify and tackle the reservations of masses. The harlequin past of Pakistani democratic governments has also proved encumbrance and inconvenience in the way of addressing the atrocities politically, instead, the army solution is always favoured over political ones.

Suicide bombings and attacks on sacred places have become a headache for the inhabitants. The Angel of death visits us oftentimes and seize the esteemed ones from us. Peace is a word unknown to us. We the people of Balochistan are in a state of dolour Every time. Despite all these heinous and barbaric acts, the people of Balochistan stand tall and courageous, demanding the right of self-determination and hoping the release of their adored ones.