India-US Relations at the time of COVID-19 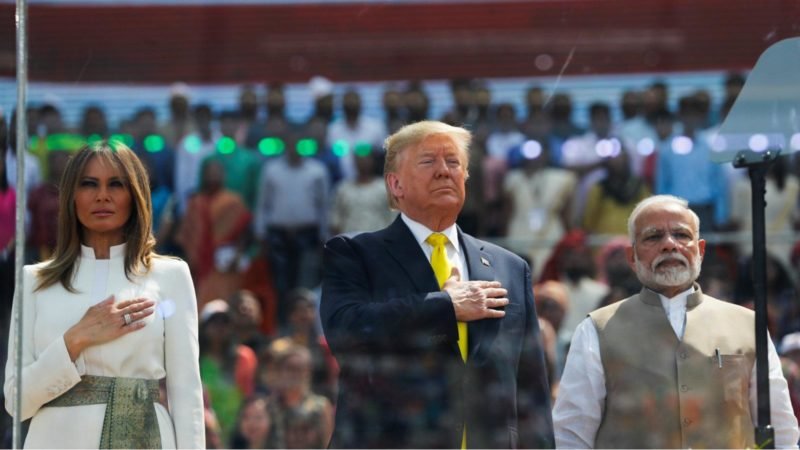 We recently saw President Trump in his own style of diplomacy actually threaten India over supplies of XCQ Hydroxychloroquine which is regarded as a magic trunk by some for the treatment of COVID-19. But never before a head of state talked to another head of state in these many bullets, that “if you do not release our supply there will be retaliation.”

Diplomacy is a fine art. It rules out errors. In some cases, the absence of a setting can prompt a misconception. A misconception of that sort was seen when US President Donald Trump was accounted for having “threatened” India its export ban on the drug hydroxychloroquine. India is the biggest producer and exporter of hydroxychloroquine, an enemy of malarial infection, that is much sought after for potential use in helping treat patients of the novel coronavirus. Trump has introduced the medication as a “game-changer” even though his health advisers have voiced uncertainty about its efficacy against novel coronavirus.

Recently, during a White House press conference, Trump spoke about hydroxychloroquine and apparently threatened “retaliation” if India did not clear exports of the drug to the US. But when read in the context of the question asked by the reporter, it is clear that Trump was actually and finally answering the question posed to him: Yes, he was saying, there might be retaliation to the US government’s move to bar exports of medical supplies. Trump could have framed the answer better. Or he could have led with his last sentence before delving into his analysis of whether or not India was stopping supplies of hydroxychloroquine to the US.

But, a threat? No, that did not happen.

India, of course, has tried to downplay this as unnecessary controversy but these things will eventually come up. We all are witnessing a world which is being reshaped and redefined by the pandemic and the relationships between nations are also in a bit of a flux at the moment, because the larger frame through which they are being assessed is the Coronavirus pandemic. So, the challenge for all countries at the moment is how can they isolate their immediate concerns from the longer-term trajectories of their engagement and in this case how Trump’s threat.

There is evidence to suggest various newspapers have reported that India’s decision to release the drug, in fact, was taken much before Trump came out publicly to allow the exposure in the international market and Trump clearly is in a very different category. He does not believe in traditional diplomacy, it has had consequences and he has dealt with his closest allies in a manner in which perhaps one doesn’t even read in verses. So, India perhaps can take some comfort from the fact that after the release of the drug, Trump has come back and appreciated India’s efforts but I think the larger issue here is- what as a community has come into an international world order.

Now, we need to see what as a part of a community and an international order India has done. Major countries with a large number of resources should deal with such a situation in a much bigger way. Finding solutions, offering help to the poor countries, and in this India along with the US and other major countries is playing a part; whether you look at India’s idea that G20 should become the platform to discuss these concerns. We have seen a certain trajectory in India’s response which has related itself to the wider concerns of humanity and that’s a good way in some ways. In this particular case, we also have the problem that India is recognized as the pharmacy of the world. So, clearly our pharmaceutical industry should also be responding to this global challenge in some ways. Whatever evidence we have so far suggests that the Indian state has taken the necessary measures to make sure that we have enough for our domestic requirements and at the same time reaching out in maintaining its global commitments.

When we look back once COVID-19 settles down a bit, we will have to reassess the world at large and who really came up during the time of crisis. People around the globe will be signalling and even now companies continue to signal that even during this crisis a lot of politics has come into play to shape global responses and perhaps when this crisis base countries will be looking back and assessing how various countries stood with them or against them and therefore we will end up in a very different environment.

So, India’s response to Trump also reflected that once this crisis gets over, where do we want to be with America and therefore it was a mature as well as a sensible response. Trump says at times completely repudiates the next hour. So, we are in our with Trump in a unique trajectory in that sense, but the fact of the matter is that at the end of it we are back to where the two countries started. Modi’s ceremony response to the tweet from the White House underlies and that we are clearly looking at dealing with this crisis together and that by and large is a good response, given the kind of course.

Trump’s response handling of the situation has not been very mature. He is on a different trajectory because of the election coming up this year. We see nationalism, which he has been doing from the time he assumed office, but right now again we see a lack of global leadership. It has become all about America. But the thing here is that not only America but most of the other countries are doing the same, so we see a rising nationalism. Only time will tell how the US is going to develop policies regarding its relations with other countries. If the whole government changes after the election, then we just cannot predict the relationship of India and USA in the coming years, but if Trump stays, surely after COVID, his government will respect what India has done and will probably strengthen the relations even further.

Pranay Kumar is a Second-year Law student at Symbiosis Law School, Pune, India. He can be reached at kumarpranay767@gmail.com