Urgent call for India to evolve ties with Taiwan 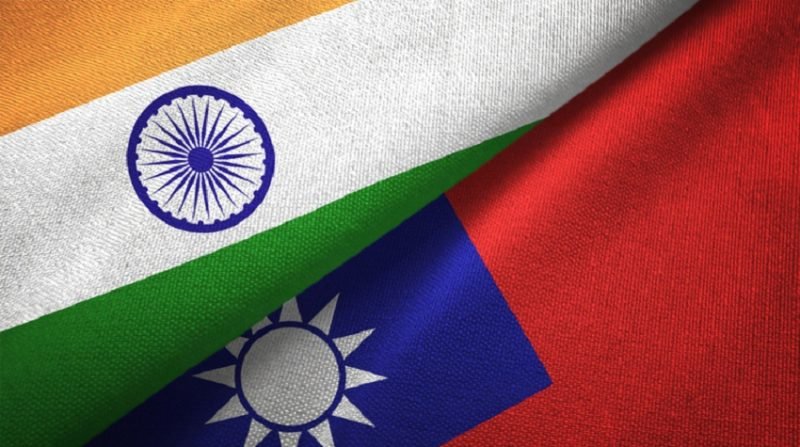 Albeit PM Modi’s government is known for initiating foreign policy goals that deepen India’s ties with the rest of the world, no serious efforts have been made to improve the relationship with Taiwan ever since 2016. One giant factor behind the mishmash is India’s commitment to Beijing’s “One China Policy” that claims the presence of only one Chinese government and puts forth the mandate for each country to break official ties with Taipei if it longs for good diplomatic ties with the mainland China.

The question that arises here is, ‘Why is the world afraid of China?’  First, the Chinese have an immense economic, military, and political power that provides them with an edge over most developed regions of the world. Second, China’s investment into the mega projects like ‘Asian Infrastructure Investment Bank’ and ‘The Belt and Road Initiative’ has brought about the world into a shell where they might not have any better feasible options than to participate in China’s creation.

Nevertheless, the scenario looks bright on the part of China, suppresses Taiwan to the extent that it has received nothing more than diplomatic isolation from the global community. The picture turns out to be gloomier as one digs deeper into the country’s valuable partnership in fighting the unprecedented health crisis the world has landed into! Taiwan’s handling of COVID-19 has been commendable since the country reported 380 confirmed cases with only 5 deaths, a stunningly low percentage for a population of 23.6 million. Emerging as a global exemplar, it is surprising to evidence that the country did not forget its responsibility towards humanity and donated approximately one million surgical masks to India solely; yet remains locked out of WHO membership due to entangled relationship with China.

Amid the Indo-China border standoff, the question of Taiwan becomes more pertinent with the increase in public antagonism towards China in India. One can evidence advancement in public debates towards how India can challenge China by altering “One China Policy” and enhance relations with Taiwan. Indian Express, an Indian national newspaper, highlighted the notion that India should become pragmatic in considering Taiwan in the World Health Assembly: the decision “should not be made either out of peevishness or fear.”

The Times of India, inking about the same issue, requested the government to “not shy away from supporting Taiwan”. The editorial argued that it’s time for India to stop being “overly deferential to Beijing” when China has always worked against Indian interests in multilateral organizations including the UN.

India’s former diplomat G. Parthasarathy puts his will for better Indo-Taiwan ties at the upfront. He says that Taiwan cooperates in several key sectors, especially India’s semiconductor industry that can reduce India’s reliance on China for communication and electronics. Moreover, newspapers like Taipei Times always call on to “deepen ties with India, in particular economic, military and intelligence ties, to contain Chinese expansionism and put Xi back into his box.”

While it would have been an unfavourable move for the overly cautious Modi government to accept such suggestions before, India can no longer slide on the swings of balancing after its election as the Chair of the Executive Board of the World Health Organization (WHO). China’s aggression towards India and boundary disputes with Taiwan somehow set the right context for why there cannot be a better opportunity for India to engage with Taiwan effectively.

Taiwan’s role in the emerging Indo-Pacific order has been underrated. India’s foreign policy objectives should accommodate Taiwan in its long term strategy towards China. It is time for India to stop relying on need-based policies of major powers and review its policy towards Taiwan to engage with it thoroughly.  This makes sense especially when Taiwan is extending hands of friendship in times of severe domestic aggression against China.

Conclusively, it is the right opportunity for India to play smart and improve bilateral relations with Taiwan. Jack CH Chen, Taiwanese top diplomat to India says, “Through a joint effort following the pandemic, Taiwan and India will become staunch partners in the Indo-Pacific Region.” However, for that, as the Indian Express claims, “New Delhi must demonstrate that it can stand up and be counted.”