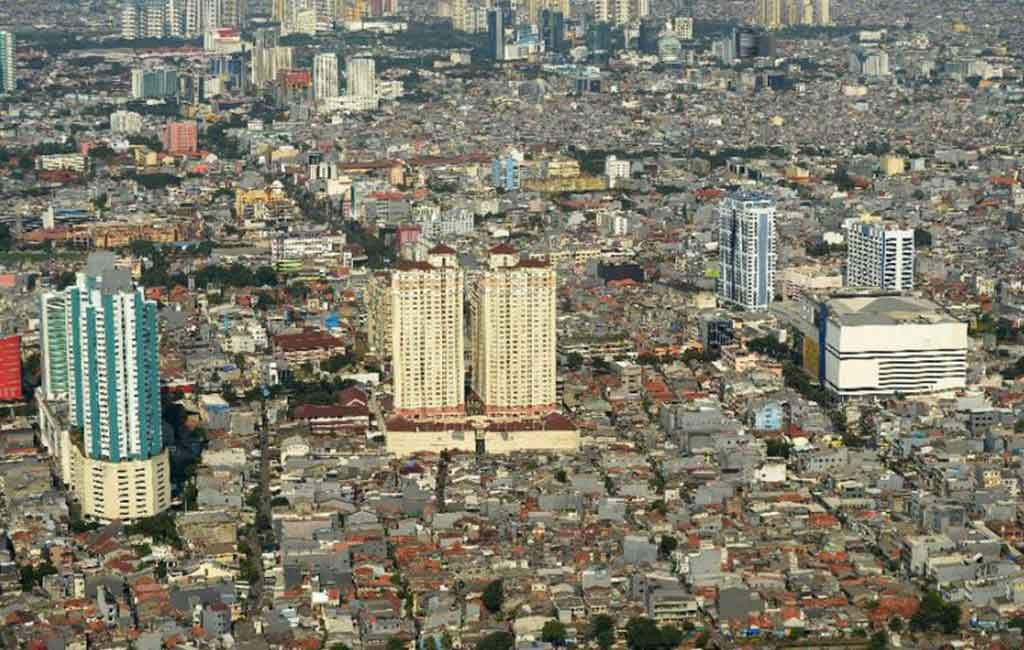 I have almost always lived in capital cities. I was born in New Delhi, resided in London, Prague (before Czechoslovakia split in 1993), Budapest, Rome, Bonn (long before the capital moved to Berlin in 1991), when my parents were posted there as diplomats. When in Indonesia, it’s always been in Jakarta.

So am I a capital city snob? In connection to the uber-densely populated, polluted, badly planned, garbage-filled, flood-prone, traffic-choked, sinking city that Jakarta is? Hah! Not likely.

Jakarta is Indonesia’s gateway to the world, Southeast Asia’s most dynamic metropolitan area, and the nation’s economic, political, cultural and intellectual centre. It provides all sorts of opportunities unavailable elsewhere in the country, which is what draws migrants in.

Jakarta proper hosts about 11 million in an area of 661.5 square kilometres, while the entire metropolis is home to over 30 million people across 6,400 sq km. Pretty squeezy huh?

Furthermore, Jakarta could also be hit by a powerful earthquake, not just the tremors we’ve been experiencing. Then we wouldn’t have a capital. Oh boy!

So when I heard about the plan to move the capital from Jakarta to Kalimantan, I thought, hmmm (read: thinking hard!). A recent survey (posted in Coconuts Jakarta) unsurprisingly found that 95.7 percent of Jakartans were against the move. They suggested the new capital be called “Jokograd” or “Saint Jokoburg”, mocking what they consider President Joko “Jokowi” Widodo’s overly ambitious plan.

Megalomania? Overly enthusiastic? Or just like all leaders, wanting a legacy? Pak Jokowi, you have left legacies aplenty already! Yeah, sure, some failures, misguided policies, and many unmet promises as well, but no one’s perfect!

So what and who is behind Jokowi’s burning ambition? Could former president Megawati Soekarnoputri be one of them? Her father had also wanted to move the capital to Palangkaraya in Central Kalimantan (Jokowi decided on North PenajamPaser regency and part of KutaiKertanegara regency in East Kalimantan). Moving the capital was one of first president Sukarno’s unmet goals, so is “Mama Mega” passing it on to Jokowi?

Those who are for the move say it’s courageous and revolutionary. Not really. Besides Sukarno, almost every president — certainly Soeharto and Susilo Bambang Yudhoyono, wanted to do it. But Jokowi is typically the Nike guy who says “just do it!”

Since independence in 1945, we’ve always been too Java-centric, even more than during colonial times. It’s curious considering Java is an island comprising 7 percent (128,297 sq km) of the size of Indonesia (1,905 million sq km), populated by almost 160 million people, nearly 60 percent of the total population.

Kalimantan meanwhile has a landmass of 542,630 sq km, hosting under 14 million people. Transmigration from Java to the lesser populated islands of Kalimantan, Sumatra, Sulawesi and even Papua seemed an obvious solution to reduce overpopulation and poverty.

In 2015 Jokowi scrapped the transmigration program, but now he’s ferociously adamant about moving the capital to Kalimantan?

OK, let’s look at the pros: like the transmigration program, it certainly looks good on paper. It suggests the government is serious about paying more attention to parts of Indonesia other than Java.

The move is expected to stimulate economic growth in the outer islands and give a nod to non-Javanese culture. According to EndyBayuni of The Jakarta Post, “It’s a step toward the ‘de-Javanization’ of Indonesia […] decentralization and regional autonomy are not enough”.

My nephew, Andi Haswidi, a researcher, said, “Jakarta is sinking, and relocating the capital could induce a more equitable economic development”. But he warned, the process will be incredibly hard and will require the revision of so many laws unless the government resorts to using government regulations in lieu of law (Perppu). “It also requires incredible leadership, a serious commitment to the rule of law, and a more relaxed fiscal policy”. Right. Just minor things.

The cons: extremely costly with an expected budget of Rp 477 trillion (US$36.6 billion) and humungous disruption, while the benefits are still uncertain. And remember Murphy’s Law: expect the unexpected!

It’s also one way to shrink the civil service, and possibly not getting the best human resources to work there. Would you be willing to just get up and leave everything that constitutes your life in Jakarta/Java? Family, friends and facilities, from health, education, entertainment and access to other places, both domestic and international?

Emil Salim, senior economist and extremely seasoned politician who held several governmental and Cabinet posts, reminds us of Indonesia’s archipelago of 17,000 islands, flanked by two oceans, located smack bang in the middle of maritime traffic. A capital in Kalimantan would be very difficult to access.

“If Jakarta is fraught with problems, fix them”, he said, “Moving is shirking responsibility”. His opinion is echoed by Jeffrey Winters, a professor of Northwestern University who said, “It’s capitulation. Jakarta is such a colossal failure, they’ve given up on trying to fix the city.” But Winters also said, “It would be irresponsible to keep a capital in a sinking city that is going to be completely underwater in less than five decades”.

Environmental activists warn that the move could spark “a fresh environmental crisis in a region home to rainforests and endangered orangutans”. They say mining and palm oil plantations are already threatening Kalimantan’s environment and endangered species habitats, which could worsen if a big city is built near a key conservation area. And don’t forget the forest fires!

“Equitable development” has always been a catchphrase in every president’s rhetoric and every regime. According to Monique Rijkers in an article in Deutsche Welle, Indonesia doesn’t need new capital, what it needs is more metropolitan cities and infrastructure spread throughout Indonesia. As she points out, even the basic needs of the people such as access to water, electricity, health, education have not been met, and the government wants to move the capital?

Oh dear! Everyone has a point. It’s so dilemmatic! Even those against the relocation admit that at some point the capital has to move, but not now. There are still too many pressing issues that need urgently to be tended to.

I give up. The House of Representatives needs to give its approval first anyway. Let’s take it one step at a time, shall we, and let history, politics, science, and nature, run its course.

An early version of this text published by the Jakarta Post under the title: Jakarta to Kalimantan: Capital gain or capitulation?