Pakistan Occupied Kashmir- A Neglected Aspect of the Sub-Continent 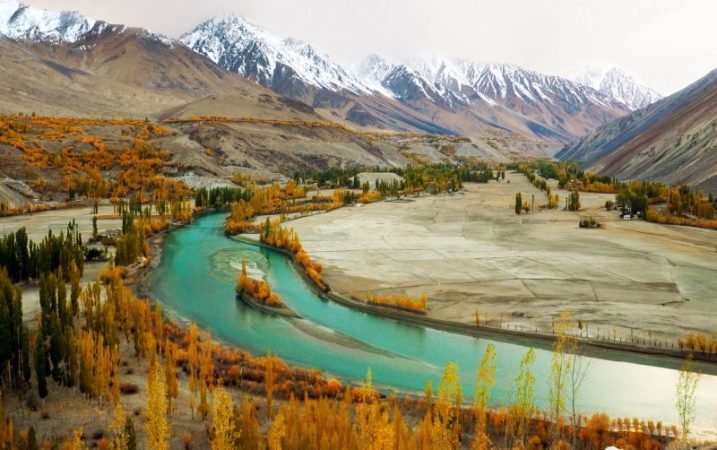 The first Indo-Pak war of 1947-48 saw the forcible occupation of a part of Jammu and Kashmir by Pakistan which they ironically named it as ‘Azad Kashmir’. On the contrary, India terms this occupation as unlawful through brute force while similarly calling the occupied territory rightly as ‘Pakistan Occupied Kashmir’. While since its creation the Pakistani state has continuously termed India as the aggressor during the first Indo-Pak war, whereas historical evidence prove that it was Pakistan who instigated armed militias backed by regulars to surprise the fragile army of the erstwhile king of Kashmir in order to seize it. Pakistan’s obsession with its pan-Islamic identity completely denied the fact that while the nascent Indian administration had offered the former king of Kashmir the time to contemplate on his decision joining either of the two newly formed states, or to remain independent Pakistan’s hurry actually initiated the conflict.

The ceasefire line that was designated as the conflict ended on a UN mandate demarcated the present-day Line of Control, the de-facto boundary between both India and Pakistan over the territory of Jammu and Kashmir. Since 1947 Pakistan illegally exercises control over five districts of the region which are Gilgit-Baltistan, Diamir, Ghizer, Hunza Nagar, Northern Areas and Skarduand Ghanche. Similar to the Chinese occupation of Tibet, this area has seen since 1974 illegal settlements from outside POK who are actively encouraged to settle in order to change the demography of the region much to the chagrin of the local residents. Zia-ul-Haq’s policy of Islamisation did not leave this area untouched either.

While for years there have been a lot of discussions on international platforms regarding the Indian side of the territory, little has been said about POK which has been conveniently neglected.

Pakistan’s obsession with the POK

Funding a false narrative of India forcibly occupying the state of Jammu and Kashmir which recently got hyped owing to India’s abrogation of the Article 370 and 35A, the western neighbour has conveniently forgotten its own misgivings in POK. While India has never imposed any draconian measures in its federal state and on the contrary has offered financial and other forms of assistance while respecting the wishes of the people, Pakistan, on the other hand, has turned its so-called ‘Azad Kashmir’ into a virtual vassal. From nurturing terror launch pads and camps to brutally subjugating the population, it has gone as far as denying the residents any feasible autonomy in managing its own affairs.  While through the Azad Kashmir Interim Constitution Act of 1974 a basic structure of governance modelled on a functioning President, Prime Minister and a Council was created, power lies in Islamabad. This was a method to ensure that the people of POK would forever remain subjugated to Islamabad. The further amendments suggest various means to supress the people and for instance, the amendment to the Article 4 of the Constitution suggests that reasonable restrictions are placed on the freedom of forming associations in order to protect the sovereignty of the state. Other restrictions are on forming and joining political parties and participating in protests. The glaring part was the creation of the Council which was a structure bereft of any legitimacy and run by Islamabad, it was meant to serve the Pakistani state and carry out it wishes. In this context, Zulfiqar Ahmed Raja the Chairman of the Jammu and Kashmir Peoples’ National Alliance (JKPNA) termed it as a blatant attempt to assimilate the entire POK into the Pakistani state and strip away all forms of sovereignty.

Article 257 of the 1973 Pakistani Constitution also affirms that “When the people of the State of Jammu and Kashmir decide to accede to Pakistan, the relationship between Pakistan and that State shall be determined in accordance with the wishes of the people of that State”. By using the word ‘when’ it bears a foregone declaration that the POK is already determined to be an intrinsic part of the Pakistani state without any hitch of being free or ‘Azad’.

Many residents who frequently travel to the Indian side are aghast at the contrast. From better facilities to infrastructure and economic advancement life in POK is at the mercy of the whims and fancies of Islamabad. They lament that there is no freedom in POK, but only subjugation without the right to voice their concerns even in a democratic fashion. From extra-judicial killings, harassment, confiscation of properties, forced disappearances and torture many activists and citizens from POK voice their concerns regularly. In one instance National Equality Party Chairman, Sajjad Raja spoke on a grave note at the UNHRC’s 44th session about the ill-doings of the Pakistani state through its proxies and other agencies such as the ISI and its army. The Chairman expressed serious concerns over the Pakistani state’s attempt to dilute the autonomy of the region and coming down with a heavy hand on any form of resistance, even calling the nomenclature of ‘Azad’ Kashmir as a fake narrative as there is no real freedom in the region.  Even the demographic changes that are forced in the region have hampered the locals, with strong intrusion of Sunni dominated settlers from mainland Pakistan it has upset the balance.

The unreported news from POK

Not surprisingly, due to Pakistan’s tight grip over POK, not much can be ascertained and many facts go unreported. The few that do make it to the mainstream media and policy institutes exhibit a horrifying trend followed by Islamabad to completely turn the region into nothing short of a vassal of its expansionism. From allowing the PRC to heavily invest in the area in order to placate them, to tactfully amending the Constitution to strip away whatever semblance of rights are awarded to the people of the area, the Pakistani state has systematically destroyed the very lives of the people. Of course, even news of Kashmiris protesting and revolting in the region goes unreported with many such protests being forcibly dismantled. Not surprisingly though, of late there have been reactions from all over the world and particularly from India, with a section of the populace and the political class calling for stricter action against Pakistan for its excesses in the occupied territory. Arguments have been levied that the citizens of POK are legally citizens of India and according to the UN mandate, the onus is on Pakistan to vacate POK and restore its status quo antebellum.

This change in narrative is welcome considering the fact that Pakistan has focussed excessively on India’s administration in Jammu and Kashmir. While Pakistan has always harped on a referendum, it remains oblivious to the fact that the onus falls on it where it was declared that the insurgents backed by Pakistan would have to withdraw which it has failed to do and on the contrary, it has colonised the area. In fact the 1974 Interim Constitution of ‘Azad Kashmir’ mentions that there should be a plebiscite under the auspices of the UNCIP (United Nations Commission on India and Pakistan) 1948, Pakistan should have withdrawn from the occupied territory while recognising Srinagar as the legitimate seat of power to pave the way for a possible referendum. Furthermore seceding land to the PRC only explains its apathy to the occupied territory.

Sardar Shaukat Ali Kashmiri, Chairman of the United Kashmir Peoples’ National Party (UKPNP) called out the Pakistani establishment as a sham arguing that it has virtually annexed POK and turned it into a vassal state with a ridiculous constitution and structure of governance. While it feigns innocence, it has handed over the region to the PRC by means of massive investments while clamping on any political opposition whatsoever. Others suggest that particularly women are against Pakistani dominance in the region and believe that any further association with Pakistan will be detrimental to their interests. According to these unheard voices, the gradual pawning of the territory to outside forces such as the PRC and converting it into a terror launchpad will only attract the attention of India thus complicating their lives.

The Future of POK

Like any other vassal state, the administration of POK is helpless to ensure some degree of functional autonomy and to add to the problems, the Pakistani state has allowed a massive amount of foreign investments from the PRC into the region which will certainly offset the economic and ecological balance in the region. For instance, the construction of the Diamer-Bhasha Dam will not only enable the PRC to raise the stakes but will be environmentally harmful. Rich in resources and strategically advantageous, the intrusion of Chinese capital and workforce will enable this region to also become a virtual puppet of the PRC. In order to facilitate the intrusion of Chinese capital in the region, Islamabad enforced the Gilgit-Baltistan Empowerment and Self-Governance order in 2009 which made the structure of governance in this region similar to that of POK. However, protests colour the daily life in the region with activists questioning the rule of Pakistan and pawning off the region to the PRC. It would be interesting to see India’s response to the question of the POK.