Development vs Expansionism: India, China and the Asian century 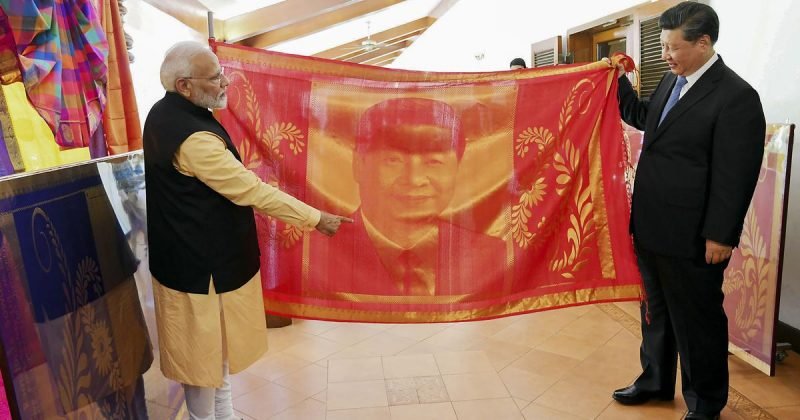 During the 19th and 20th centuries, countries tend to expand their territory, to increase natural resources and comprehensive national power. In the 21st century due to the globalization and advancement in science-technology, cyber, space, and global ideological evolution; the geographical expansion of the state boundaries is becoming an ‘obsolete’ concept and does not have much importance compared to the 20th century. The modes to achieve expansion have been changed in the contemporary world. In the 21st century, domains such as science and technology, cyber, space, invention, language, culture, religion, economy, trade, ideology are the tools to achieve power and to influence the world order. e.g The USA, Israel, European, Southeast, and East Asian countries; That means in the 21st-century geographical expansion is not much needed to increase comprehensive national power. But at the same time, countries are trying to expand their ‘Exclusive Economic Zones’ (EEZ) in the maritime domain with the rule of law, because of increasing maritime domain awareness such as blue economy, and availability of natural resources in the Ocean.

The development includes the economic wellbeing and quality of life of the people of the nation. The development has been the core national interest of all countries in the world. Even geographical expansion used to be the policy of the state to acquire strategic locations, natural resources, and strategic minerals for developmental purposes; but the global scenario and thinking is shifting, the world is becoming digital and more advance. Thus, the territorial acquisition has lesser importance in the contemporary world. Today, nations are seeking for development and influence. Nations are utilizing soft diplomacy to influence the policies of other nations. They are also practising the ‘economy’ as an instrument of policy.

As far as China is concerned, In my view, It is also practising soft diplomacy and economic cards under the name of ‘Belt and Road Initiative’ (BRI) and the ‘Maritime Silk Route’ (MSR) for its geo-political and geo-economic ambitions. Which seems a new form of expansion. Such projects reflect developmental aspects and purposes. But at the same time, China has been pursuing land and maritime centric hard ‘expansionist policy’ across Asia by putting forward historical claims, which are not legally appropriate in the globally accepted ‘rule-based world order’; and thus, most of its neighbours are not satisfy and unhappy over its illegal territorial claims and hegemonic behaviour in the region. Ultimately, such behavioural pattern by the State gradually increases hostility and mistrust in the region.

On the other hand, India’s focus is on its core internal and regional developmental issues. India is focusing on ‘Security and Growth for all in the Region’ (SAGAR). ‘Sabka Sath, Sabka Vikas, and Sabka Vishvas’ is a strategic vision of the government of India for the region and the world. Such an Indian model is based upon mutual/bilateral and regional development and focuses upon trust, Co-operation, and security rather than expansionism. On the contrary, Chinese investment putting nations into a debt trap and eventually tries to gain major shares in the invested country, which is an attempt of economic expansion. And that is the basic difference between the two models.

As far as the Asian century is concerned, the Asian continent has the potential to make the ‘21st century’ as an ‘Asian century’. Emerging countries like China, India, Southeast, and East Asian countries are the major economic hub and markets for the world. The Asian continent has ample energy resources and reserves of natural gases, oil, and strategic minerals. It has good access to the seas, which contributes to its connectivity with the world. The African and European continents are adjacent to Asia. Such significant geographical and strategic factors are contributing to the growth of Asia. But, at the same time, there are several obstacles to the development of the continent. Asian countries have to work upon the collective issues such as climate change, pollution, regional border disputes, cross border terrorism, trade issues, health, education, maritime security matters, the refugee crisis, the Shia-Sunni conflict in West Asia, and Civil war in Syria, etc. Apart from that, various social, military, inter-state conflicts, terrorism, piracy, and trafficking in the Oceans, the rivalry between two countries in the region(Indo-Pak, Iran-Saudi Arabia etc) such issues are keeping the Asian continent ‘unstable’ in the world. These issues are internal and do have global effects, which need to be dealt with collective efforts. However; though having tremendous potential, the Asian continent is not developing as expected.

To conclude, Indian spiritual thought suggests that human being has to fight with its internal aspects like ego, anger, greediness, jealousy, to purify its own-self for spiritual development and to gain knowledge to live life satisfactorily and in ‘positive peace’. The well-known German geopolitician Rudolf Kjellen’s theory says, ‘State is a living organism’. That means the state is like a human being, it is a living organism. Thus, in my opinion, the State and region have to work on its internal issues. Thought of expansionism increases the hostility between the countries and in the region. It never leads to development and doesn’t create a fertile environment for growth and ‘positive peace’. Thus, countries must collectively focus on sustainable development goals, trade enhancement, resolving inter-state conflicts in a peaceful way, and eco-friendly development of the continent. Ongoing ‘Covid-19’ Pandemic shows the effectiveness of collective efforts. Unless Asian countries resolve such regional issues, it would not create a healthy environment for development. Thus, to prosper Asia, all Asian countries need to keep aside expansionism and hegemonic intentions. In my view, rather than ‘expansionist’ thought, ‘developmental thought and perspective’ would be the better pathway for the Asian continent and countries to make the ’21st Century’ as an ‘Asian Century’. I have optimism and trust that Asian countries would willingly follow the developmental model of India for the betterment of Asia and humanity.

Nihar K Kulkarni is a Postgraduate student at the Department of Defense and Strategic Studies, Savitribai Phule Pune University, Pune