One year in the absence of Article 370: How has the Valley coped up? 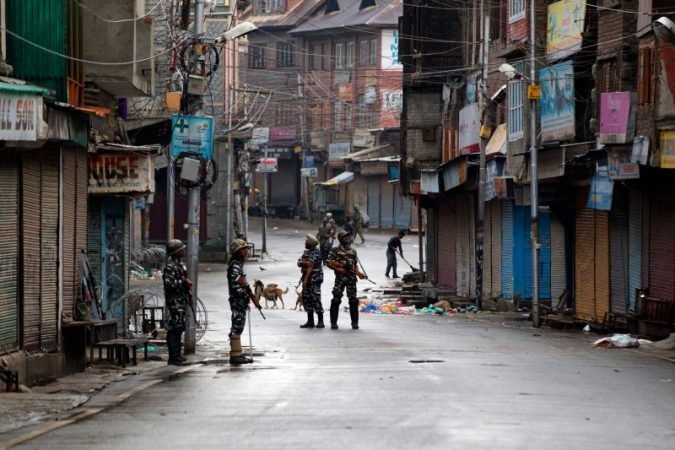 It was on this day last year when Article 370, which gave a Kashmir special status and powers was revoked by the government and dividing the state into two Union Territories. High-security alerts and police personnel have been deployed to maintain Law and order in the state and a 2-day curfew has also been imposed to prevent any riots or protests. The decision was taken on the 5th of August in 2019 in an attempt to fulfil its promise of revoking the special status given to the state as stated in BJP’s Manifesto. Citing concerns of violence and widespread unrest, the internet was shut down, curfew was imposed, the political leaders were taken under house arrest and large troops of militancy were employed to keep the situation under control. Even though all these measures were considered to be temporary in nature, the extent to which they were followed, some of them even followed today, proves otherwise.

A year back, Pakistan had repeatedly accused India of atrocities in Kashmir and had undertaken a lot of measures to pressurise India to pull back on its decision of revoking the Article. Not only did it put multiple efforts to get the UNDC (United Nations Security Council) to intervene into the situation but also appealed to the International Court of Justice to take immediate action against India. It also used various tactics of coercive diplomacy to isolate India in the international sphere by forming alliances with China and nagging the United States to come to its rescue. But Pakistan in all it’s endeavours of pressurising India had been highly unsuccessful with the western countries turning their backs to it.  This permanently deteriorated any last level diplomatic relations between that existed between India and Pakistan. On the 4th of August, Pakistan yet again, to defy India’s pronouncement regarding the special status, released a new political map of their country which included untenable claims to the territories of the entire state of Jammu and Kashmir and certain parts of Gujarat.

The Indian government later on issued a notice dismissing the absurd assertions and claims made by Pakistan and calling them as “claims that have no legal validity or international credibility.” It also called Pakistan as a country obsessed with territorial aggrandisement and harbouring terrorist activities and promoting cross border terrorism. The line of control on the map, which was marked in red was extended up to the area of Karakoram Pass clearly indicating that Pakistan inadvertently considers Siachen as a part of its territory. The term “Frontier Undecided” was used to mark the border area between Ladakh and China. By ridiculing the claims and the map, which was approved by the Pakistan Cabinet, the Indian government sent out a strong message that Kashmir was an internal matter of India and nothing can deter India from taking decisions for itself.

Apart from all this, the people of Pakistan, especially in Karachi lodged large protests to display their displeasure with the decision of the Indian government and show solidarity to all those people who have suffered in the state of Jammu and Kashmir because of this illegal decision. Many anti-India protests and solidarity marches have been planned in Pakistan to mark one year of Youm-e-Istehsal’. A parliament session of the Upper House in Pakistan was also called earlier this day to actively condemn and discuss the atrocities in Kashmir and also slammed the total shut down of internet facilities and media in the state.

On the other hand, China reiterated its stance on the Kashmir issue by issuing a statement that “any unilateral change to the status quo in Jammu and Kashmir is illegal and invalid.” The Chinese Foreign Ministry on the 1st anniversary of the abrogation of Article 370, made it very clear that India had violated the UN Charter by revoking the article without holding talks with Pakistan and insisted that the matter should only be resolved through diplomacy and bilateral engagement. China was among the only few countries which came in support of Pakistan by voting to hold talks on the issue at the United Nations Security Council last year. What was interesting to notice here is that on one side, China heavily criticised India for making such a move but continued to stay numb about the internal territorial ambitions of Pakistan. Though not explicitly, yet the Chinese have indicated its support through its actions and fund infrastructure projects in Pakistan through its ambitious Belt and Road initiative, which has been boycotted by India identifying a threat to its sovereignty and autonomy.

Interestingly amidst this, a few remarks were made by a French politician Ms Maxette Grisoni-Pirbakas about the whole issue stating that “the abrogation of special status for the erstwhile state of Jammu and Kashmir has removed the artificial barrier between India and Kashmir and initiated the process of homecoming.” France, since the decision taken by the Modi government, has been following the matter very closely. It has consistently maintained a stand that Kashmir is a bilateral issue between India and Pakistan and have supported India in blocking the UN interference in the issue. Ms Pirbakas was a part of the 23 team delegation that came on a 3-day visit to Jammu and Kashmir to take note of the prevailing situation in the state in November 2019, which concluded that the situation in the valley was under control and the decision to revoke the article was a wise one.

The condition of the Union Territories of Jammu and Kashmir and Ladakh has only been deteriorating since the decision was made. Even though multiple reports have been suggesting that 4G internet facilities have not yet been restored, the tourism industry is in shambles, the locals are not safe with multiple forms of atrocities being committed towards them and the economy has to experience the worst downfall ever, the Centre has constantly disregarded the reports claiming complete normalcy. Educational institutions have been shut, commuting has been restricted, political workers and human rights activists have been killed and the locals have been left to dismay. The main aim of the government to deliver economic growth to the state after the abrogation has not yet materialised. No investment activity has taken place, no jobs have been created and unemployment of youth has been massively high.