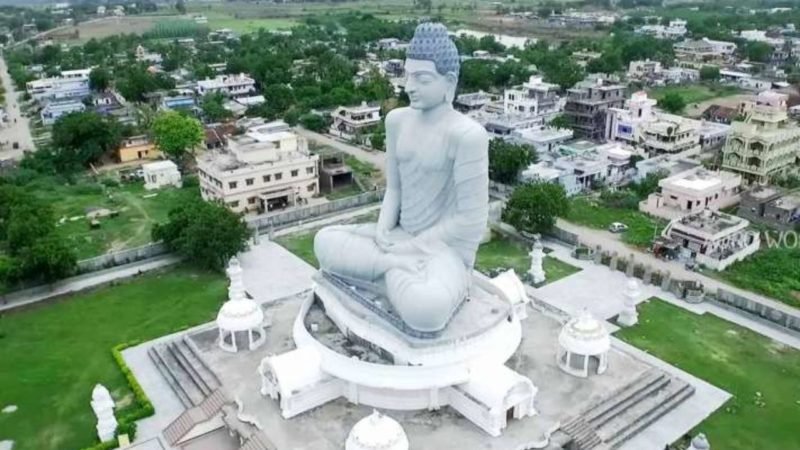 Andhra Pradesh (AP) Chief Minister (CM), YS Jagan Mohan Reddy achieved a remarkable victory in the state elections in May 2019. His party, the YuvajanaSramikaRythu Congress Party (YSRCP) secured a whopping 151 seats out of 175 in the legislative assembly, and 22 parliamentary seats out of a total of 25.

The Andhra Chief Minister has remained in the news due to some controversial announcements – one of them being reservation of 75% for locals in private companies taken up under the PPP model. This has not gone down very well with some corporates, despite the government making claims that it’s a flexible legislation. It would be pertinent to point out, that Indonesia’s Asia Pulp and Paper (APP) has announced, that it plans on withdrawing its MoU it signed with the previous government. But despite this announcement, the legislation in itself doesn’t seem rigid, and gives three years for compliances and provides other leeway. This announcement came at a time when the agricultural sector which is the primary employer in AP has been on a decline, offering the workforce an alternative.

More recently, it is believed that the Andhra Pradesh CM is toying with the idea of 4 decentralized capitals instead of just one in Amaravati. The proposal deals with having four different capitals in the four regions of the state.

It’s pertinent to also note, that since YSRCP government came into power the work in Amaravati has come to a temporary halt on the account of reviewing the contracts given by the previous TDP government and AIIB withdrawing their commitment. Recently, Botsa Satyanarayana who is the Minister for Urban Development also stated that the idea of Amaravati as a capital is not suitable, given that the region along the Krishna river is prone to floods, but later retracted. Amaravati was showcased by Former CM, Chandrababu Naidu and he had roped in Singapore as a partner setting up an Amaravati Partnership office in Singapore. He organized the high profile CII partnership summit signing 281 MoUs worth 2.56 lakh crores, less than 1% of MoUs signed by the TDP government were actually honoured.

The four proposed capitals are speculated to be Vizianagaram, Kakinada, Guntur and Kadapa which would represent the four different regions of the state. If the rumour has merit, the proposal of having four capitals isn’t one without calibre. Since the days prior to bifurcations the non-coastal regions of erstwhile AP always complained of step-motherly treatment, this proposal can go a long way in addressing that issue.

The previous TDP government was marred by allegations of favouring development measures only in a few districts leaving Rayalaseema and the northern regions discontent. Those regions didn’t see many sanctions with the exception of a Central University in Anantapur, whereas the coastal districts got the hyped petrochemical corridor as well as Petroleum and Tribal University. Even in terms of infrastructure, the Polavaram and Patiseema projects were prioritized at the cost of Galeru Nagari and HandriNeeva.

Having a new capital in a region neglected this far may help in reducing the problem of skewed development. Even in terms of infrastructural development, the proposal will ensure that urbanisation is spread out, preventing rapid population escalation in just one place, giving the government a better opportunity to develop infrastructural resources. Furthermore, the administration will become simpler and efficacious.

But despite the merits, the proposal comes with demerits as well, the first being that four capitals will require more funds, than one will need, and the government is already grappling with a public debt of a staggering 27% of the GSDP. Another pressing issue might become the division of power in between the capitals, and where the main seat of power of the CM would be. The Andhra Pradesh CM’s proposal needs to be thought over carefully in terms of it’s economic and logistical challenges. There is also a cynical undertone to this proposal. Many would argue, that it seeks to reduce the power of the Kammas who are dominant in the Amaravati region.

Other parts of the World

Interestingly, some other Asian countries including Indonesia and Philippines are also looking at shifting their Federal capitals.

While in Indonesia, the government headed by Joko Widodois seeking to shift its capital from Jakarta to Borneo, this plan of shifting capitals was originally proposed 50 years prior by Sukarno. The move came,  in the wake of the news that Jakarta is sinking. But there are other factors responsible for this decision, with some of them being congestion in Jakarta and the risk in the region in terms of natural calamities, the new proposed capital is nestled in between Balikpapan and Samarinda and is at minimal risk when it comes to natural disasters. The argument is similar to that of Andhra’s Urban development minister B. Satyanarayan said about Amaravati being in a region, which is in the risk of floods.

The Indonesian President, also stated, that Jakarta already bears the burden as “as the centre of governance, business, finance, trade and services”, so the new capital will bring balance in the country with other regions getting a piece of the pie. Even with the shifting of the capital city, Jakarta will remain an important economic centre for the South East Asian country.  Indonesia is not alone in the region which is planning such a move. The Philippines also is exploring the merits of moving its capital to New Clarke City from a disaster-prone Manila. Manila has been facing immense pressure as a result of sudden urbanisation, Manila is inhabited by 15 million people, and during the day time and it loses $62 million due to metro Manila congestion which is occurring due to over-urbanisation. The search for a new capital, will not only ease the pressure on Manila but will also promote more even distribution of wealth. Elsewhere even Egypt is preparing a new city to ease the pressure on Cairo.

Uneven development is a serious challenge not just in India, but in many developed and developing countries. While the Andhra Pradesh CM’s proposal can not be written off totally. A few points need to be kept in mind. First, the economic costs of shifting the capital from Amaravati. Second, internationally it would send a wrong message and in future, countries may think twice before participating or lending support to mega projects. Continuity of policy on major issues is essential for the credibility of AP (which after bifurcation in 2013, has been facing numerous challenges as it is).