Could Coronavirus Help to Modernize the Japanese Economy? 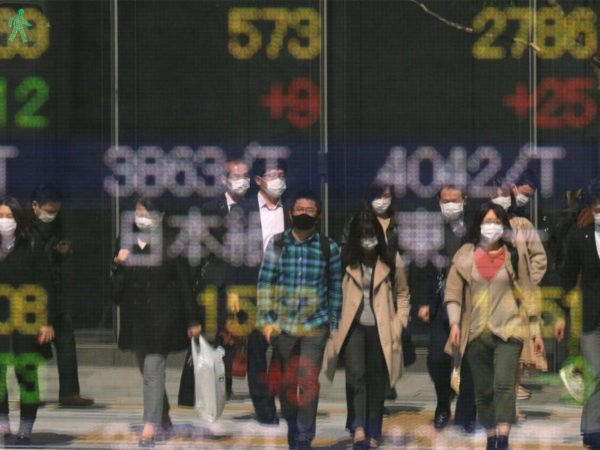 Despite some stumbles at the start, the COVID-19 crisis could offer a historic opportunity for Japanese Prime Minister Shinzo Abe and his government to overhaul Japan’s stagnant economy, with its enormous levels of public debt and a super-ageing society.

The first signs that Japan might face challenges with COVID-19 came early in February when passengers on board the Diamond Princess cruise line were diagnosed with COVID-19 while the ship was in Japanese waters. The ship spent almost two months in quarantine in the Port of Yokohama, during which there were reports of confusion and chaos as the virus spread throughout the ship. Ultimately, more than 700 of the 3,700 passengers and crew tested positive for the virus, and there were 14 fatalities.

A Focus on the Olympics, Not COVID-19

As cases of COVID-19 started to mount in Japan, “Where’s Abe?” became a refrain in a nation hoping for leadership. The 2020 Summer Olympics and Paralympics, scheduled to take place in July and August in Tokyo, were pet projects of Prime Minister Abe. He had personally lobbied very hard to win the nomination in the wake of the tragic 2011 triple disaster — earthquake, tsunami and nuclear meltdown — as a symbol of Japan’s resilience. With Japan losing faith in Abenomics, the prime minister’s project for the revitalization of the economy, the Olympics were to have been his crowning achievement.

To give the impression that it had COVID-19 under control, the government made the sudden decision to close Japan’s schools, apparently without consulting the education ministry, thereby provoking the ire of parents and teachers. There were even some suggestions that Japan may have tested COVID-19 at a slower pace in order to downplay the gravity of the virus. Despite this, the IOC postponed the Summer Olympics to 2021, a significant setback for the prime minister, who had even rumoured to be planning an early election in a wave of post-Olympics popularity.

In mid-March, the government declared a state of emergency for seven regions, including Tokyo, after pressure from the governors of Tokyo and Osaka, the Japan Medical Association and Nobel Prize-winning scientist Shinya Yamanaka.

Prime Minister Abe has since expanded the state of emergency to cover all of Japan, but the lockdown orders are much less stringent than those of more successful countries such as Germany, Australia and New Zealand. The Japanese government has requested that people work from home and non-essential businesses close or limit hours, but there are no penalties for non-compliance with these requests, in part because of a constitutional right to free movement.

But a Low Death Rate Despite an Aging Population

Japan’s approach to COVID-19 may seem appropriate, as its total number of cases is quite low — 16,623 cases and 846 deaths as of May 27. This is astonishing for a country with a super-ageing society and the world’s most populous city, Tokyo. Plausible explanations include the traditionally high levels of cleanliness and hygiene, its culture of limited contact and the already commonplace use of face masks and hand sanitizer.

What is most worrying is the surge in cases since late March. This has sparked concerns that Japan is headed for a situation similar to the United States and some European countries. Moreover, the country’s low rate of testing suggests that the rate of infection is actually much higher. As the U.S. Embassy in Tokyo said, “The Japanese government’s decision to not test broadly makes it difficult to accurately assess the COVID-19 prevalence rate.”

More than 60% of Japanese citizens recently surveyed said their government was not handling the coronavirus outbreak well. Despite being Asia’s first mover in postwar development, Japan’s record in managing the COVID-19 pandemic so far compares unfavourably with neighbours such as Hong Kong, South Korea and Taiwan.

In contrast to Prime Minister Abe, Tokyo Governor Yuriko Koike has emerged as a more decisive leader as she encouraged Tokyoites to work from home, avoid crowded spaces and practice social distancing. Governor Koike has been cutting a similar figure to New York Governor Andrew Cuomo with her daily press conferences.

The Japanese economy has been heavily jolted by COVID-19, like virtually all economies. The International Monetary Fund projects that the Japanese economy will contract by 5.2% in 2020 from the year before, the worst downturn since 2009 at the height of the global financial crisis, followed by a 3% recovery in 2021.

The economy is taking a big hit from economic weakness and supply chain disruptions in China (its biggest trading partner), as well as the drying up of foreign tourists and labour shortages, as tighter restrictions now apply to foreign workers.

The Japanese government has launched a record economic package of $1.1 trillion to soften the fallout from the pandemic. One notable inclusion in the package is subsidies of about $2.2 billion to incentivize the return of high value-added supply chains back home from China to Japan and to diversify lower value-added supply chains to Association of Southeast Asian Nations (ASEAN) countries. The objective is to make Japan less reliant on China to better avoid supply chain disruptions.

An Opportunity to Rewire the Economy

Looking ahead, COVID-19 could be an opportunity for Japan, with the country experiencing a wave of spontaneous digitization. In Japan, e-commerce, which has long been among the lowest of developed markets with only 7% of transactions online, has been taking off. Growing numbers of people are teleworking from home, at least for part of the week. Online learning is finally becoming a feature of the education system.

Digitization is an opportunity to liberate Japan from its hidebound corporate and bureaucratic cultures, which are part of the reason why Japan’s labour productivity is more than a quarter below the top half of Organization for Economic Cooperation and Development countries.

Despite Japan’s image as a high-tech powerhouse with robotics and all sorts of gadgets, the reality in most small and medium-sized enterprises is quite different. All too often, paper documents are signed with a red-ink stamp and paper filing systems are commonplace, as are fax machines. High-speed internet connections still can be a rarity; however, there are already signs that teleworking from home is helping to digitize and modernize Japan’s SME sector.

Some market analysts have also been speculating that the pressures on Japanese corporations from economic recession may also give rise to a wave of mergers and acquisitions, which could lead to efficiency-enhancing corporate restructuring.

An earlier version of this report was published in Brink News