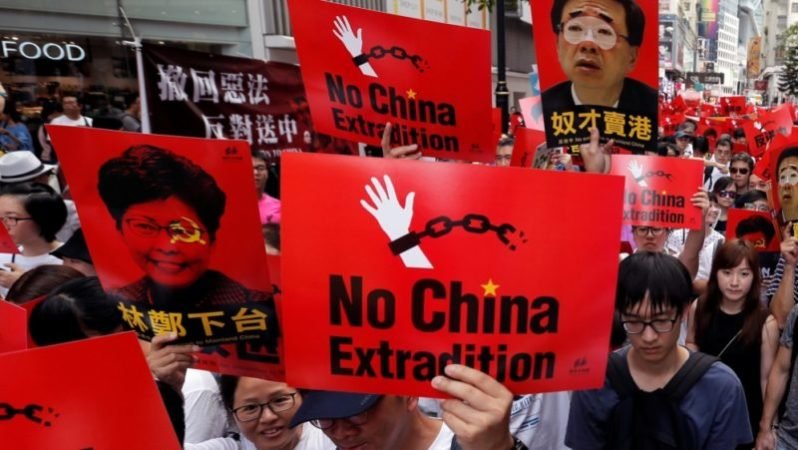 Following months of intense anti-government protests across Hong Kong, Beijing is now set to legislate a new national security law that is said to have the potential of changing the way the world has known Hong Kong. Protests have already begun and the Chinese state has also said it will “smash” any opposition.

A former British colony for more than 150 years, Hong Kong was transferred to China in 1997 under an agreement that mandated “one country, two systems” and provided for autonomy for 50 years (till 2047) in all areas except for defence and foreign affairs. The city, therefore, has its own constitution, called the Basic Law, that secures civil liberties — freedom of assembly and free speech along with the independence of the press. None of these are supported in mainland China.

It is still not a system that Hong Kong’s people desire. They have campaigned for years for representative democracy. The campaign was reignited last year when the Chinese government proposed extradition legislation that triggered.

Last year, the government proposed in the legislation that the Hong Kong administration could extradite people to countries for a trial that did not have an extradition treaty with Hong Kong, including mainland China. This troubled the people as they believed it to be a ruse to crackdown on civil liberties and dissent in the autonomous region. After intense and violent protests, the legislation was first put on hold and later withdrawn altogether but protests continued for months and turned into a broader anti-China and pro-democracy movement with calls for an independent inquiry into police excesses.

Now, in a draft submitted to the Chinese parliament, national security legislation is proposed for Hong Kong that classifies the following as criminal acts: secession, breaking away from the country; subversion, undermining the power or authority of the central government; terrorism, using violence or intimidation against people; activities by foreign forces that interfere in Hong Kong.

This may alter the way of life in Hong Kong as the very civil liberties that distinguish it from mainland China would be subject to prosecution. Criticism of Beijing and any form of protest would amount to “subversion” under it. There are also fears that it will undermine Hong Kong’s hitherto independent judiciary.

“Almost all trials involving national security are conducted behind closed doors. It [is] never clear what exactly the allegations and the evidence are, and the term national security is so vague that it could cover almost anything,” BBC quoted Professor Johannes Chan, a legal scholar at the University of Hong Kong, as saying.

Activists such as Joshua Wong who have called for foreign government’s help in their movement against Beijing would also be subject to prosecution.

The introduction of the legislation in the midst of the coronavirus pandemic is not a coincidence. CNN’s James Griffiths writes, “Beijing may be counting on the fact that the coronavirus pandemic has weakened the ability and determination of the international community to pressure it over Hong Kong — the UK in particular, newly outside of the European Union, is dependent on increased trade with China to boost its flagging economy.”

Under its Basic Law, Hong Kong is supposed to have a national security law dealing with “treason, secession, sedition, and subversion against the Chinese government and the theft of state secrets.” Such legislation was proposed in 2003 but massive protests forced it to be shelved. In 17 years since, and particularly since last year’s protests, Beijing has run out of patience.

“I think they have lost patience that Article 23 can be passed by the Legislative Council,” Willy Lam, an adjunct professor at the Chinese University of Hong Kong’s Center for China Studies, was quoted as saying by TIME. “This is a direct way of imposing a national security law on Hong Kong.”

The United States has warned China, with the State Department’s spokesperson Morgan Ortagus saying, “Any effort to impose national security legislation that does not reflect the will of the people of Hong Kong would be highly destabilizing and would be met with strong condemnation from the United States and the international community.”

Jean-Pierre Cabestan, a professor of political science at Hong Kong Baptist University, does not believe international pressure will work. He told TIME, “It’s not going to have any impact on Beijing’s policy towards Hong Kong. I think they’ve made their decision.”