India-Nepal Relations: It’s time for a change in strategy 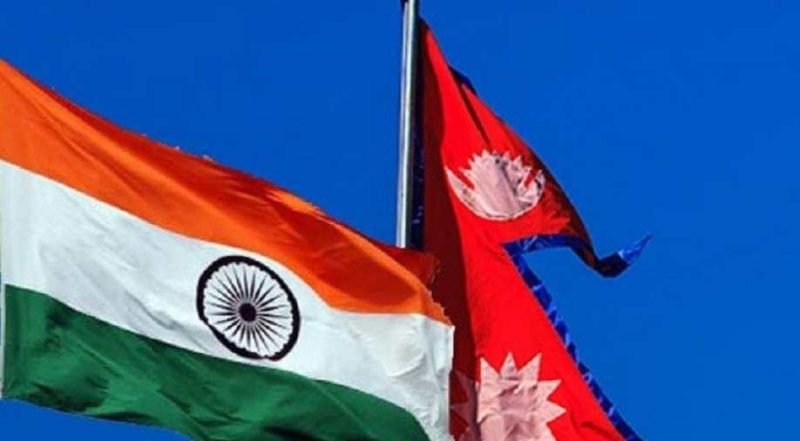 “Stable and Friendly” relations- one of the fundamentals for age-old and deep-rooted Nepal-India friendship.

However, friction has arisen between close and immediate neighbours in the past few weeks on the border disputes, particularly in the area of Limpiyadhura, Lipulekh, and Kalapani. Nepal claims the land west of the Kali river under 1816 Sugauli Treaty and refers to the maps issued by the British Surveyor General of India in 1827 and 1856. But India claims a river Pankhagad, to the south of Kalapani to be the true border and presents the tax records and other administrative and historical documents. The dispute is unresolved from 1962 when Indo-Tibetan Border Police were posted since the India-China war same year. Several incidents escalating the tensions, and easing the situation which was not executed has been taken by both sides.

Further, the objection was raised when a joint statement was released to hold negotiations to expand border trade via Lipulekh during Indian Prime Minister Narendra Modi’s visit to China in 2015. The issued fueled up when Indian Defense Minister Rajnath Singh remotely inaugurated Link Road from Dharchula to Lipulekh on May 8, 2020. The tensions escalated more when Government of Nepal released a new political and administrative map including all the disputed areas, to which, New Delhi responded as “unjustified cartographic assertion” and an “artificial enlargement of territorial claims”. Since then there has been a contest over the historical and cartographic evidence which both sides claim to be accurate, and along which few words war and suspicions have been expressed by both the parties.

What now? What is the way forward? Is this just a neighbour’s squabble?

No! “Peace”, is what both the states must seek.

Not only geographically, but historically, culturally and socio-economically, both the states are close to each other. Geopolitical implications and development have been constant and dynamic aspects of Nepal’s foreign policy matrix respectively, to which India plays an important role. Also, trade and transit through India is an inevitable fate for Nepal due to landlockedness. Likewise, India also possesses political, economic, security and strategic interests in Nepal. Similarly, Prime Minister Modi had declared Nepal to be a core part of his government’s “Neighbourhood First Policy” during his visit to Nepal. Thus, both states cannot lose reverend and the cordial relationship they hold.

Nepal after long phase and struggle has a politically stable government, and in this particular dispute, Nepalese Prime Minister K.P. Oli is in “no climb down” position. It has been a subject of national dignity primarily because of Nepal’s sovereignty, and territorial integrity but also as a product of faith and confidence towards the leadership and political stability, and nationalism in the people. Likewise, India has claimed the disputed area to be under her territory but also in a bigger picture, the area poses strategic importance because of tri-juncture of Nepal-India-China in Lipulekh and Kalapani, and the presence of military depicts the importance of the land to India. Additionally, the geo-economic aspect of the route, a pilgrimage cum trade route, is what makes the land so important for India. Thus, Nepal-India should have a long-term vision of what kind of relations both the countries want.

Now, the substantial move for both the states to nurture the ties is to have diplomatic talks at different levels conducive to the present environment. Though a Foreign Secretary-level mechanism has been established to resolve the dispute, a higher political level mechanism, a Foreign Ministerial level meeting is required. As, the border harmony is not only about maps but also about strong political will and diplomacy, the issue urges a higher executive member participation in a diplomatic setting rather than at bureaucratic level. It is important to balance principles with reality in an amicable and reverential way to produce a permanent and final conclusion of the dispute accepted by both states. So both sides necessitate a lot of magnanimity, generosity, and foresight.

In the lighter note, media ethical crisis from both the states has envenomed amiable and interpersonal relationships among the people of both the states. Hence, the resolving of the disputes at the state-level must also address the enhancement of people-to-people bonds between two states. A peaceful and stable Nepal-India relation is de rigueur at the present times.