US Presidential Elections 2020: Trump May Be Vulnerable 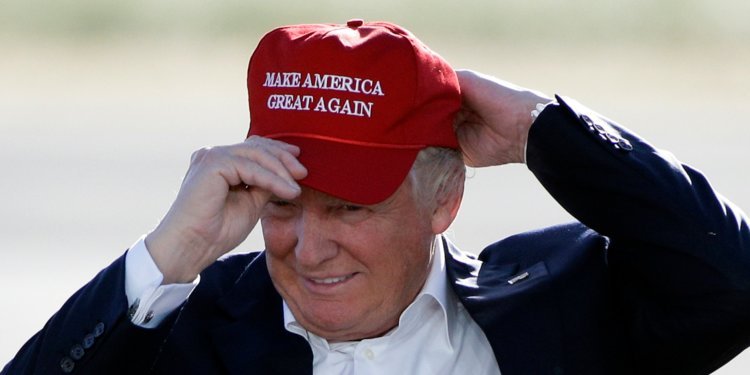 President Trump has announced he will stick with Vice-President Mike Pence as his running mate in the 2020 elections, quelling rumours he was considering Indian-American Nikki Haley for the position. Another Republican, ex-governor Joe Walsh, has announced he will contest the nomination against Trump but his bid, as he himself admits, is largely symbolic.

There is small, but mounting, evidence Trump’s re-election bid may be more vulnerable than was expected. A Quinnipiac University poll showed that five of the Democratic candidates would defeat Trump in terms of the popular vote. Joe Biden and Bernie Sanders would do so by large margins, 16 and 14 percentage points. Elizabeth Warren and Kamala Harris would do so by eight points and even Pete Buttigieg, who is faring poorly in the Democratic race, would do so by nine points. The university’s polling analyst, Mary Snow, said Trump was facing a “ceiling of support” of 40 percentage points “no matter the candidate.” A slew of local polls shows the US president struggling in many of the swing states that proved decisive in his victory over Clinton including Wisconsin, Pennsylvania and Iowa. Even some traditionally Republican states like North Carolina and Georgia are being seen as susceptible to a moderate Democrat.

Others polls show the white working class that propelled him to victory are less concerned about racial grievances than before. Paula Ioanide, a professor of race relations at Ithaca College, says the belief white identity was under attack peaked in 2016 and is now receding. White liberals, concerned at racial polarisation, are also showing greater signs of mobilisation than their opposite numbers.

Some polls show Trump’s disapproval ratings for domestic issues, foreign policy and, most importantly, the economy has all passed 60 per cent and even among those who give him a thumbs up on the economy are increasingly inclined to vote for a Democrat. Particularly damaging poll results in a recent NBC-Wall Street Journal poll showed 62 per cent of white women, a group who divided their vote between Trump and Hillary Clinton in 2016, say they will now vote for a Democrat.

The US presidential election campaign saw the race among the Democrat candidates tightening. Joe Biden, the most mainstream candidate, continues to hold the lead said most polls. His strengths:  most Democratic supporters believe he is the most likely candidate to defeat President Donald Trump. He also remains the most popular candidate among black voters and uneducated whites. Elizabeth Warren has seen her support grow steadily and she is now the number two or three choice in most polls. She also has the lowest disapproval ratings indicated that when other candidates drop out, their supporters are more likely to flock to her banner. Her weakness: her core support is overwhelmingly white. Bernie Sanders continues to hold on to his numbers but shows no signs of widening his base. Kamala Harris, who rose briefly after a successful debate performance, has sunk back to single digits and is trailing Warren even in her home state of California. A key electoral group which remains uncertain who to support are Hispanics. However, as pollsters note, only 12 percent of Democrats say they have firmly decided on a candidate.