Comments made by Chinese Ambassador to India; What Does It Reflect About Chinese Mindset? 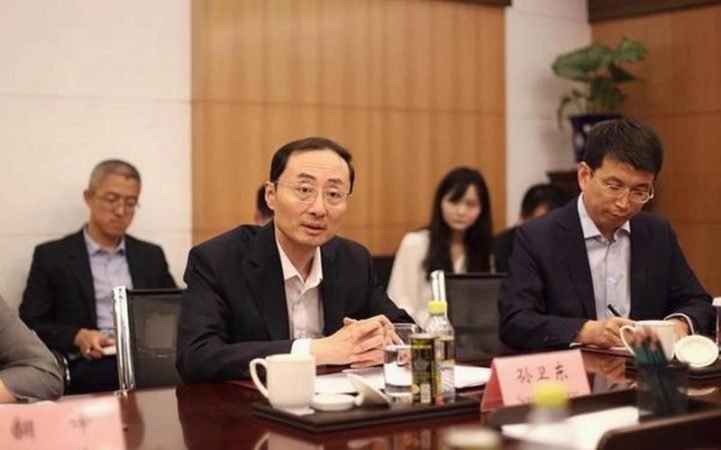 The latest trend that picked up on twitter was the Chinese Ambassador to India Mr Sun Weidong’s statements, who made some rather strange and unexpected comments about the relationship between India and China. On the 25th of August of 2020 a session about “Education Cooperation between India and China” was held and presided by the Chinese Ambassador who spoke about the developments and exchange prevalent in the field of education between the two neighbours. While his speech in and of itself had various perhaps uncanny remarks on the status of the bilateral ties between the two countries, other statements came from him in the Q and A session.

The biggest highlight of the speech was how much emphasis was given on the importance of collaboration by the youth of both countries on the academic front and the numerous benefits that would come from such collaborations. According to him, robust communication between the youth is what was the key to improve upon the educational ties to make common progress. He pointed out the role of language in understanding the culture and traditions of each other and gave an account of more than 20 Indian Universities which have opened Chinese departments with professional Chinese tutors to impart the learning of the Chinese language of Mandarin, despite the backlash on Confucius institutes in India. Some Indian vernaculars like Hindi, Tamil and Urdu have been popularly opted by Chinese students in China as well. Such a collaborative spirit between the educational institutions of both countries will give the youth various opportunities and a wider view on contemporary issues.

The ambassador even talked about the heritage and deep-rooted values that Confucius culture has cultivated within Chinese people. These values, as expressed by him, include modesty, love and generosity which makes everyone a humble and kind human being. Such learning is imparted in students from an early age which helps in not just triggering their curiosity but also works in the process of making them better human beings. By stating the number of exchange programmes, overseas courses, think tanks, and delegations held by the Chinese embassy over the years, the Ambassador promised to work towards increasing this number gradually so that more and more Indian students benefit from these programmes and conferences. The creation of such platforms and forums of discussion and exchange of ideas will bring about a positive change in the mindset of the youth on both sides.

But a deeper analysis of the speech and the statements made by the Chinese envoy somewhere reveal a tone of egoism and threat together. Firstly, all the altruism that the envoy emphasised in his speech that is engrained in the Chinese people as an outcome of following their culture is simply not true. The values of free expression of thoughts and criticism simply do not exist in China. On the other hand, children are taught unilaterally about the greatness of the Chinese Empire and to respect it no matter what. Moreover, educational institutions have for a long time been used by the Chinese Communist Party to keep an eye on the youth activities against it in various countries, recently as seen in the case of Australia. Along with this, a particular statement made by the envoy really reflected what China has in mind; ” India should abandon the old “Zero-sum game” of one person’s victory is the other personal loss. This according to him, would lead India to go on a path which it would regret later on. The ideological divide created by the Indian side is a situation of digging its own grave. Such an attitude sums up the fact that China thinks of itself as a power that cannot be defeated; be in its good books for your own good. Otherwise, be ready to brace for impact. Such an open-ended threat delivered in a subtle way, in fact, is proof that China will never recede its questionable actions anytime sooner, even at the cost of deteriorating bilateral relations with India.