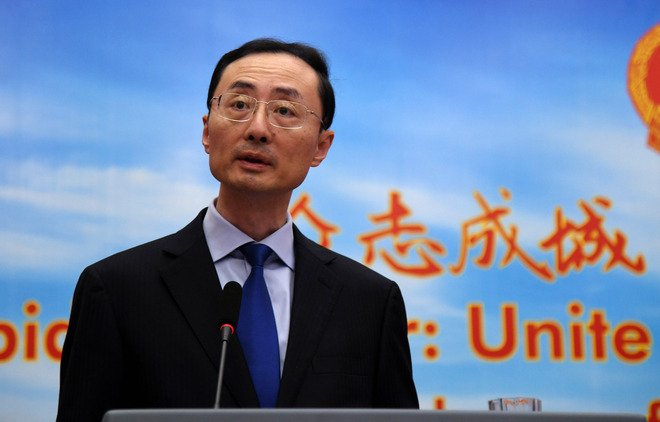 The escalation in Galwan Valley along the Line of Actual Control (LAC) has brought India-China relation under scrutiny. The bilateral relation between the two countries have always been a subject of contention and also review. But the involvement of the PLA in the Galwan Valley has been stirring quite an upheaval as it had drawn sharp criticism of the Chinese by the West. The incident has been termed to be the potential factor for the reversal of bilateral relation between India and China. However, the Chinese see it in contrasting light.

The Institute of Chinese Studies, New Delhi recently held a webinar with Mr Sun Weidong, China’s Ambassador to India on the way forward for bilateralism shared by the two countries. Reminding the gripping diplomacy practised by India and China for over 70 years, he stressed how the trajectory established by the developing nations have concentrated on nothing, but only cooperation and dialogue. He went on to substantiate the point by referring to numerous diplomatic arrangements which had aimed for dialogue, consultation and strategic cooperation. The Ambassador condemned the incident at Galwan, which had repercussions on both sides, reiterating that India and China now have to build a communication of trust rather than suspicion.

Chinese Ambassador gradually deviated the discussion towards how India and China have more similarities rather than differences in terms of their developmental policies. Being the two South Asian giants sharing the population in a billion figure, the policies pursued are aimed towards “national development and rejuvenation.” Upholding the history of the Chinese people and how they have always been the harbinger of harmony and peace as opposed to the perception of the West, China does not hold any ‘expansionist’ plans. The country would never go beyond their territory and the question of hegemony is overruled altogether.

Referring to the incident in Galwan Valley, which has been a matter of contention between the two countries since May 2020; the Ambassador mentioned how it is normal for neighbouring countries to have differences and focusing on these differences make the crisis even worse. The need of the hour is to concentrate on dialogue, consultation and cooperation which would bring out a middle ground for the countries to assist one another towards peace and prosperity. The ‘Dragon-Elephant Tango’ is the way out of the situation and China could never be a ‘strategic threat’ to India.

The differences caused by the incident along the LAC would require time and patience, but the whole situation cannot rush into conclusions which could bring a shadow of unfriendly relation between India and China. Addressing to the Indian media diaspora which has been on then forefront reviewing the policies of China towards Hong Kong, Taiwan, Xinjiang and Xizang, the Ambassador pointed out that it is a matter of China’s internal policy directed towards maintaining its ‘sovereignty and security.’

At this moment of the deadly pandemic, China is not ‘threat’ to India, but the virus potentially is. Ambassador Sun Weidong reaffirmed that in this unprecedented time, China and India should work coactively to overcome the COVID-19 outbreak. He stressed on five major policy that China and India should work on- partners rather than rivals, peace not confrontation, pursue win-win game not zero-sum, build trust not suspicion and bilateral relations must move forwards and not backwards. The economic relations between the two countries have always blossomed since the civilizational era with investment opportunities spurring from both sides.

Mr Weidong remembered what former Prime Minister Rajiv Gandhi had once mentioned about India and China in 1988 and how the cohesive development of the two countries will be the rise of an “Asian Empire” and a “contribution to mankind”.

“China-India relations today are hard-earned and should be cherished all the more. It is like an exquisite craft glass. So much effort and wisdom by a lot of people are needed to make this glass. Some of the China experts online today have also put a lot of effort into this. But it will only take a few seconds to break it” as remarked by him. The Ambassador reflects on positivity, peace and prosperity between India and China.