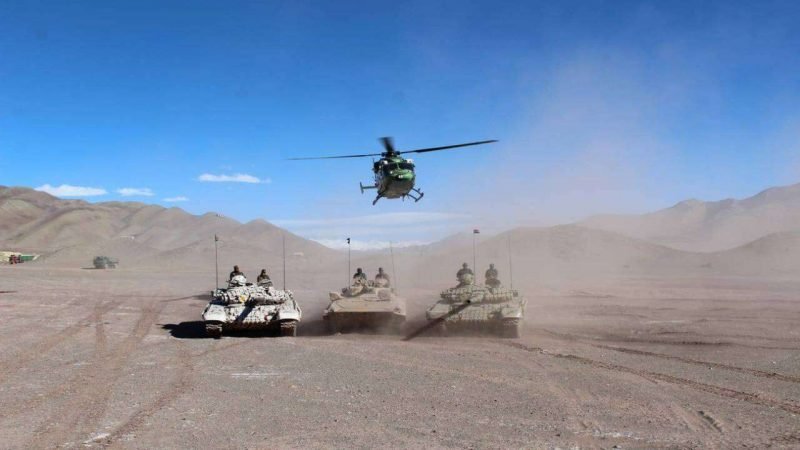 The India-China border dispute is unending. The tensions between two nuclear-armed neighbours India and China are brewing and is in the news, again. The news comes after an intense clash between both countries soldiers in Galwan valley last year.  The root cause of this conflict always has been the absence of definite and agreed-upon borders. The Line of Actual Control (LAC) for the India- China border is acknowledged by neither of two countries and this conflict is particularly intense in Ladakh and Arunachal Pradesh. It was in the Galwan Valley that the tensions were high between the neighbouring nations last year. Since then, several talks have been arranged to resolve these issues but to no avail. Both countries have been determined to protect their territorial boundary and hence, frequent stand-offs are witnessed.

The tensions seem to simmer again after news of Chinese patrols consisting of around 100 soldiers crossed LAC in the central sector in Uttarakhand on August 30. The intruders reportedly damaged a footbridge before they finally went back to the other side. The Indo-Tibetan Border Police are responsible for manning the area where the intrusion took place. Several other incidents have also been witnessed which have added fuel to the fire. There are reports of China continuously building military infrastructure alongside constructing model villages in the North Sikkim region in which India have reacted by strengthening up security and deployment along the LAC. Similarly, Security agencies have also identified nearly 25 sensitive spots from Ladakh to Arunachal Pradesh along the Line of Actual Control that is prone to border incursion and transgression by the Chinese People’s Liberation Army. According to reports, these spots are very sensitive and will be kept under close monitoring.

In the meanwhile, just last week Indian and Chinese soldiers were involved in a tense face-off along the contested LAC in Arunachal Pradesh’s sensitive Tawang sector. However, the matter was subsequently resolved at the local military commanders’ level and reports of damage to Indian defence was not reported. It should also be noted that tensions have also been simmering in eastern Ladakh near LAC due to China’s instalment of a new shelter for the troops. The shelters were introduced in areas close to Tashigong, Manza, Hot Springs and Churup among others. The new compartment-based facilities were the inherent option to the extra military camps that the Chinese military had set up after the deepening in tensions between the different countries a year ago. China is likewise altogether upgrading its airbases and air protection units close to the LAC in eastern Ladakh.

In view of the increasing tensions, the 13th talks between Indian and Chinese army commanders to disengage troops from key friction areas along their border was held recently. The focus of the talks is to cool tensions at Hot Springs and Depsang especially. However, it has been reported that the talk has ended in a stalemate and thus failed to ease a 17-month standoff after more than eight hours of discussion between both sides. Both countries blamed one another for making unrealistic, unreasonable demands and for not agreeing to “constructive suggestion”. Hence, with no resolution, the two nations will keep troops in the forward areas of Ladakh for a second consecutive winter in dangerously freezing temperatures.

Given all the history between the two countries, the resolution of this border dispute seems quite unlikely and pose a challenge for diplomates of both countries. Moreover, a graceful retreat from any party seems far from reality as they are the emerging economy and cares more about rising sentiments/ nationalism and the media glare, thus increasing the political cost of any compromise by either side. These stand-offs will also not be the last between the two countries. It should also be noted that the delimitation and demarcation of LAC will happen only when the political/strategic cost of not doing so will increase for any of the two countries.