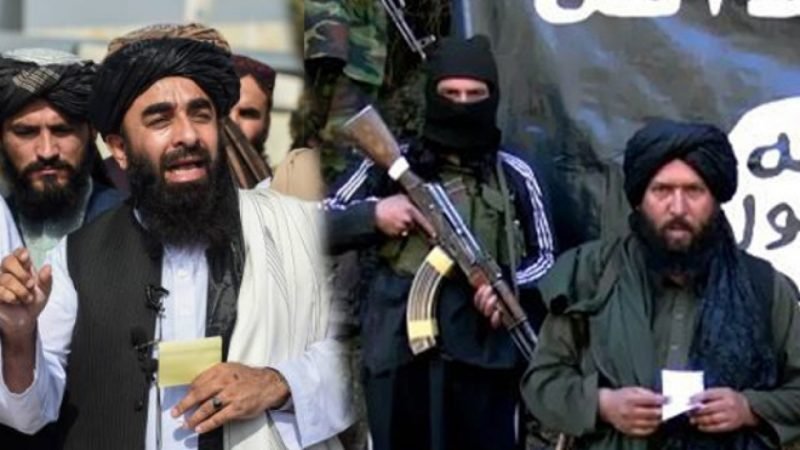 Since the takeover of Taliban 2.0 in Afghanistan, Islamic State Khorasan (ISIS-K) has upped its tact to counter the Taliban’s influence in the region. With half a dozen terrorist attacks in the past month, it isn’t shying away in showcasing its discontent towards the Taliban by any means. While Samuel Huntington successfully identified the role of institutionalized political ideologies as a marker for political violence, he only touched the surface of this swamp of misery called political violence. While both Taliban and ISIS have ideological commonalities of regressive interpretation of Islam, both have different ambitions altogether. ISIS does not see itself bounding within outlines of any nation-state. In contrast, the new Taliban looks to build a nation-state-like power structure. Taliban has played the game of geopolitical power struggle for decades now. Its involvement in the 9/11 misadventure brought mayhem to the region, and it knows its place in the political hierarchy by now. While ISIS wants Taliban 2.0 to emulate its over-ambitious goal of creating a world order based on the Sharia system, the Taliban, for the time being, wishes to pursue a model of that of the Islamic Republic of Iran, for its political, military, and ideological underpinnings.

Taliban has learned from its past mistakes and has now understood the tact of geopolitics and the international system. It knows it cannot establish a world order by hiding away in the mountain ranges of Hindu-Kush anymore. Taliban is now looking up to its ideological nemesis for a lesson or two in playing the long-term game of geopolitics, i.e., Iran. It is an unlikely source of inspiration, but Iran is dreaded by its three conflicting political fronts – America, the leader of “infidel” world, Israel, which “threatens the survival of Palestine,” and finally Sunni Alliance of Middle East who are “friends with the infidels” and who identifies with the “heretical” thought school of Sunnism. Unsurprisingly all three fronts are also despised by the Taliban for somewhat of similar objective reasoning. Taliban must have developed a deep sense of respect towards Iran since America and Israel, with their sophisticated weaponry and vast wealth, are having a tough time countering Iran in a geopolitical confrontation.

The second lesson the Taliban must be drawing from Iran is its ability to politicize the Sunni-Shia dynamics for individual benefits. Such as, Iran who hates Sunnis in the rest of the world, has a sense of empathy towards Sunni majority Palestine. Several experts have pointed out that Palestine is a political ploy for Iran to practice detestation towards Israel. Taliban knows ruthless killings of Shias in Afghanistan, as it was previously, would get them nowhere, but they can instead use it to build their Political Performa in the world. Taliban spokesperson has already indicated the same where he proclaims of a “True Muslim State,” where rights of each one would be preserved under Sharia system, an excellent PR move as one would say. By following the identical pattern of that of Iran, the Taliban can develop its political clout with the Muslim world and the rest of the world.

On a strategic front, developing weapons and nuclear armament would be the long-term objective of the Taliban. With the Pakistan military’s services available at a call away, the transfer of technology won’t be a problem. Pakistan would love to develop its own version of a client state. Just like China uses North Korea to practice geopolitical-bullishness globally, a Nuclear-armed Taliban would deter the Arab alliance, Israel, and America-led western front. If one thinks the Afghan-game has ended, this must tell that it has only begun. Afghanistan will be a headache for the world for at least the next 20 – 40 years. While many will discard this assumption based on the Taliban’s unsophistication and incompetence, let’s not forget the same was said about North Korea in the 1960s. North Korea does not possess the capability to build even a 200cc two-wheeler engine but has access to sophisticated weaponry of ICBM’s and Nuclear Missiles. A nuclear-armed Taliban would ensure that America would never be a threat to Pakistan in its western frontier, thus halving Pakistan’s headache altogether.

Moreover, Afghanistan is sitting on a trillion dollars’ worth of natural minerals, including Uranium, required to build nuclear systems. Although not all forms of Uranium can be utilized to build atomic weapons, the region is known to produce fissile-worthy Uranium, such as neighboring Kazakhstan, which is the second-biggest producer of high-grade Uranium. A.Q. Khan, who spearheaded the nuclear armament movement in Pakistan, told in an interview that Pakistan helped North Korea to acquire uranium centrifuges, enrichment machines, and technical data required to build nuclear weapons. Afghanistan may lack the infrastructure to create sophisticated weaponry as of now but, a decade or two down the line, it might be a different story. Experts have also pointed out finding Chinese-based technology behind North Korean nuclear facility, indicating China’s involvement in the illegal transfer of nuclear technology, as per Nuclear Non-proliferation Treaty (NPT). Now the two most prominent players in Afghanistan are Pakistan and China. In the long term, if the Taliban successfully brings somewhat of peace in the country, then it would look to build a defense system to avoid any possible future invasions in the nation. No better way than building a nuclear weapons system of its own or at least what it would look like from the outside, as in the case of North Korea. Taliban has the right motivation, i.e., deterring future invasions, the vast availability of natural resources (Uranium), and technical expertise from Pakistan to build its nuclear weaponry. Declining any possible presence of Western Bloc would sit just right with all three relevant players of the region – Iran, Pakistan, and China.

Islamic State may not understand that Taliban 2.0 is now in the long haul mindset of ruling Afghanistan. Would they succeed or not is a different story. Islamic State, as of now, would deem the Taliban of using Pan-Islamic movement to achieve political prowess in Afghanistan and would continue to lock horns with it for doing so. Objective levels of commonality between the Islamic State and Taliban may not explain Huntington’s model of the ideological battle between the two. One has to dig through the surface to look for subjective variances and look into each one’s goals and ambitions to realize that it is genuinely the clash of the (un)-civilized. Either faction does not possess the capability of providing a functional ruling system but is too drenched in self-righteousness to realize the same. Therefore, it’s just not the civilized fighting the uncivilized world, but uncivilized fighting with each other in a desperate attempt to ascend the political hierarchy.