Another milestone in India Mauritius partnership 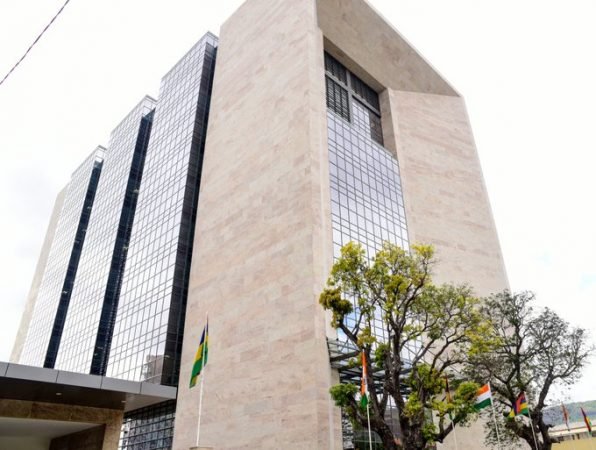 Indian Prime Minister Narendra Modi and the Mauritius Prime Minister Pravind Jugnauth together inaugurated the New Supreme Court building in Mauritius on Thursday. The inauguration took place on a video conference with the presence of the delegations of both the countries. This marked as the first infrastructure project funded by India in Mauritius since the advent of the Corona Virus Pandemic. The building, which is situated in the capital city of Port Louis, which was built within the stipulated time frame and at lower cost estimates.

The history of ties between Mauritius and India goes way back in history. Even though the diplomatic relationship was built in 1968, historical ties between the two countries have always existed long before the independence of both countries. With almost 60% of the Mauritius population being Indian, both nations have a shared sense of culture and tradition. Moreover, strategic and military ties have also been undeterred between the two countries. This is proven by the fact that the Head of Mauritius Navy and the Mauritian National Security Advisor are both Indian officers. India has time and again supported various infrastructure projects in Mauritius and boosted economic activity with trade in Mauritius. The largest source of FDI till 2001 for India has been from Mauritius and India still remains to be the largest trade partner of Mauritius.

Recalling the beautiful relationship that exists between the two countries, Prime Minister Modi spoke about future prospects of economic and strategic development that both countries strive to maintain. He reiterated that India’s support and assistance has been unconditional and will continue to remain so. He focussed on the need of a world with an atmosphere of sustainable development and care for the future generation. The new Supreme court building would stand as a symbol of the cultural ties between the countries with its modern design and architecture and a shared sense of democratic ideals. Moreover, it would also serve as a symbol of a fair and inclusive democracy where the rights of people are preserved. The Prime Minister of the world’s largest democracy reinforced the idea of strong and robust ties between India and Mauritius which would only serve to grow in the coming years.

On the occasion, Prime Minister Jugnauth expressed his gratitude and appreciation for the constant source of support that India has been. Time and again, India has always come to the forefront to help Mauritius. This is reflective in the number of Infrastructure projects that India has taken up in Mauritius from housing to Metro Express Projects. He pioneered the construction of the building as a new milestone in the ties between the nations. Talking about the building, he reassured the people that it will stand for peace, justice and cooperation in the country.

The building is spread over an area of more than 4700 sq Kilometres and is surrounded by a free zone area of 25,000 Kilometres. It was built using cutting edge technology with sound insulation and energy-efficient systems. The project was signed by the Indian Government under the Special Economic Package to Mauritius which includes various other infrastructure projects as well.